Let it be said, the Nordkalotten trail as it cuts up through Norway is an absolute joy for hikers. It’s fairly demanding at times, with a lot of ascent through high mountain passes, a good dose of rocky terrain and some harder-than-average river crossings, but it’s genuinely exciting walking. There’s never a dull moment, and the landscapes are spectacularly dramatic.

It’s been a real high point to finish on, and I’ve been taking my time and savouring the experience. Also for some reason I’ve had a couple of days when my energy levels have been a bit low, which is another reason to relax the pace a little. Perhaps I’ve subconsciously been switching into ‘spent force’ mode a little early.

This morning I met a bloke coming the other way, and he opened the conversation in English with ‘You’re walking the Green Ribbon.’ So was he, as it happened. He was Niklas Lundgren, who’d set out from Treriksröset a couple of days earlier, beginning his long journey south to my start point at Grövelsjön. He’d been following my blog, and was keen to talk about the route, and how I’d been finding the whole thing. We had a good long chat, then we wished each other the best of luck and I watched him stride off into the valley at a fair old pace. He seemed like a fine chap, and he has a grand old adventure ahead of him. It was rather lovely to meet like that, his journey just beginning as mine is ending.

For indeed that is where I find myself. Tonight I’m camped up just short of the Swedish border, and about 8km from the northernmost STF cabin, Pältsastugan. Meaning that in all likelihood I’ll be in Treriksröset tomorrow night.

I’m not sure how to feel about this. On the one hand, it seems to me like I might have walked far enough for now, and I’m looking forward to seeing my little cottage by the sea again, but at the same time it’s been an utterly unforgettable summer drifting through this remarkable part of the world, and I’m rather reluctant to bring it to a close and leave the mountains behind. It’s going to be quite a day. 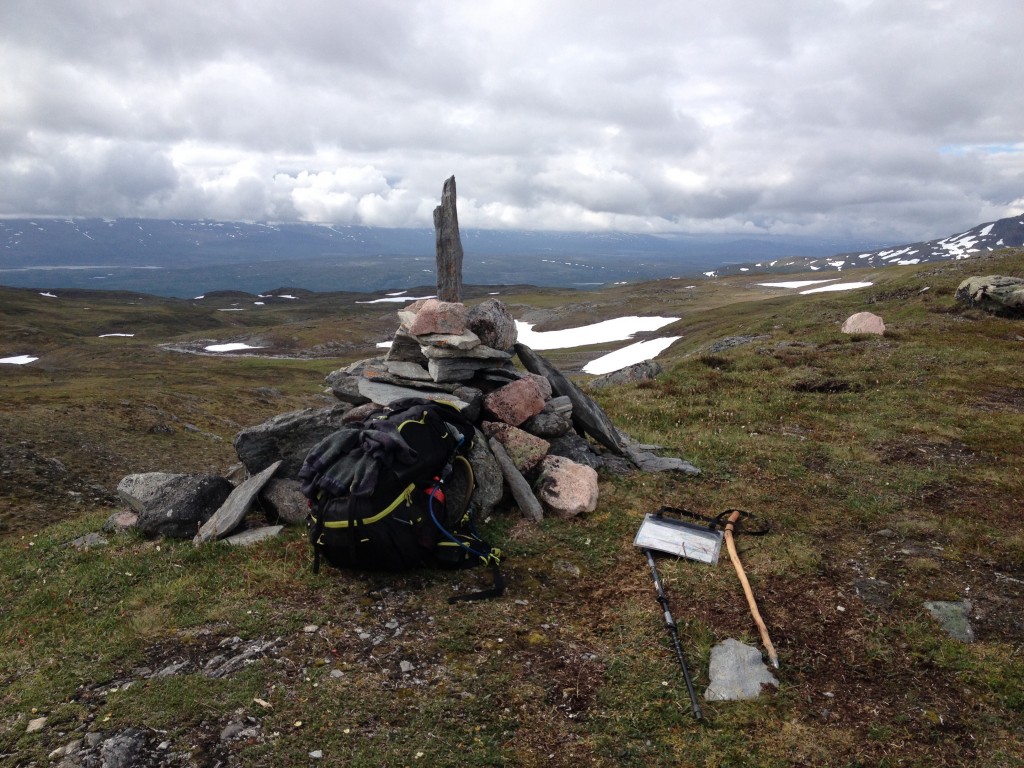