After sixteen days walking the Kungsleden, I’ve reached the flash turiststation at Abisko, and I find myself in contemplative mood.

This final part of the Kungsleden was everything I was promised. Wide, easy trails, loads of people from all over the world (last night I was invited, filthy and heavily bearded as I was, to join a charming Japanese couple for their holiday snaps) and simply the most staggering scenery. And as an added bonus, the sun finally shone. Easy-access, instant-gratification walking. I was even lucky enough to see an arctic fox ambling across my path one evening.

It’s been a stimulating stretch in so many ways. In one sense I won’t be sorry to move on to less-frequented trails, and to regain that sense of quietness that I’ve come to appreciate so much over the past fifty-ish days. But equally, the extrovert in me has relished meeting so many interesting people, and the experience of the King’s Trail as a whole has really brought home to me the heartwarmingly universal appeal of hiking.

I’ve come across the whole spectrum of adventurers, from the tough, experienced blokes at Kvikkjokk and Saltoluokta, toasting another successful wilderness tour into Sarek or Padjelanta, to bright, green young things with box-fresh boots, setting out nervously on their first multi-day hike to Nikkaluokta. And my feeling is that one group is no less intrepid than the other. I’ve seen very young kids skittering around on the snow fields while Dad toils behind with a vast pack, loaded down with scavenged reindeer antlers, and I’ve seen aged blokes shuffling along in the battered green rubber boots that the older generation in Sweden seem so attached to. So long as you pick a passage and a pace that suits you, these mountains have something to offer everyone, and I think that’s rather lovely.

I took the stretch from Vakkotavare to Abisko a little faster than I needed to, but the trails were very easy walking, and at the back of my mind was the fact that the Fjällräven Classic – a massive hiking race from Kebnekaise to Abisko – kicks off this morning. On balance I decided that getting tangled up with over 2000 people all walking the same direction as me would make life a little more difficult than it needed to be, so I walked a few longish days to get myself out of the way. As I passed through, they were busy setting up checkpoints and resupplying the mountain huts, and there was a real sense of anticipation. A lot of people are going to have a lot of fun over the next few days.

Oddly, I haven’t really felt the long days – even yesterday, which clocked in at around 43km. The paths are good, my pack has been light, and I’m beginning to get reasonably trail-fit. The miles fall away each day, and it feels good.

Which is a bit sad really, because I’m about to embark on the last stretch. When I’ve finished posting this blog I’ll leave the crowds at Abisko, and strike north on the Nordkalottleden, cutting through Norway for a little while. Treriksröset is, by my reckoning, slightly over a week away, and though I’m still not counting my chickens just yet (disaster is always just a slip away, after all), I have mixed feelings about getting so close. On the one hand there’s the anticipation of reaching a goal, but also I’m a little heavy-hearted that this very special summer in the Swedish mountains may soon be over. 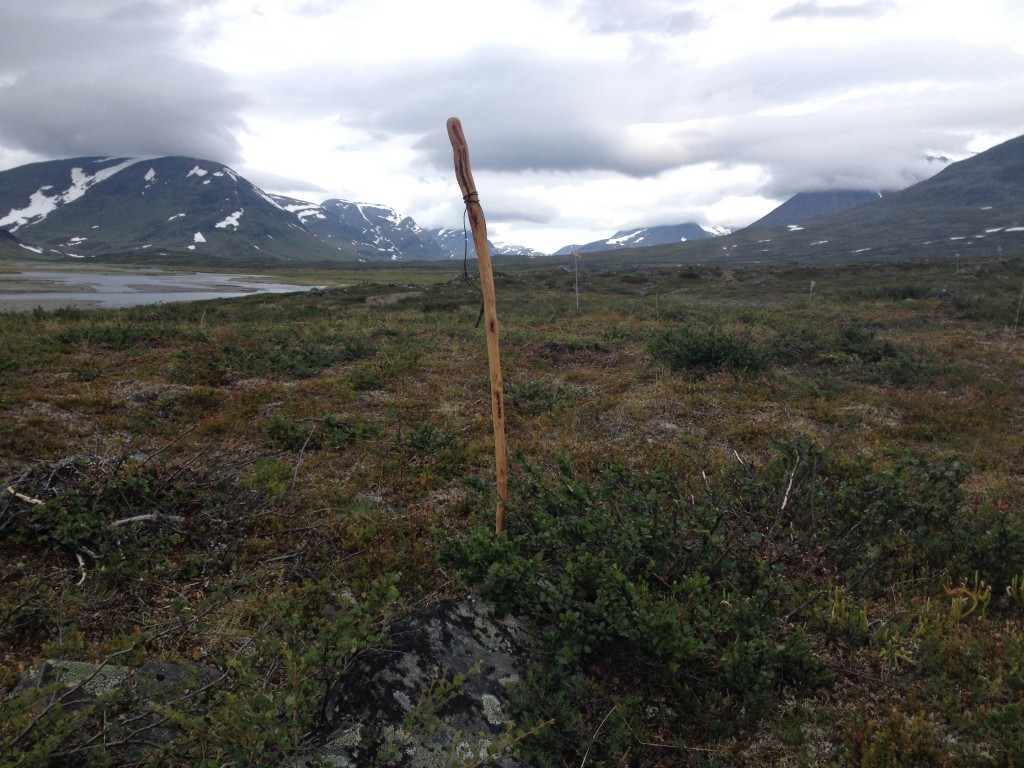