Last week my brother and I conducted a quick raid on the Lake District. Our window of opportunity was short (only one full day), but the north eastern area of the Lakes is actually pretty accessible from the east coast. Once you’ve put Scotch Corner in your mirrors, it’s a joyful leap across the expansive North Pennines on the A66, and as you start to see the Lakeland fells cresting in the distance you already feel better about life.

Christian fancied a potter up Blencathra, so I’d booked us into Gill Head Farm campsite near Troutbeck for a couple of nights. The camping field looked out squarely on our target, with tantalising views across its severe cliffs, the rocky gills burrowing up its face, and a ridge to take your breath away. I hadn’t walked up it since a sunny day on a scout camp in the summer of 1999.

Fish and chips from a van and a few pints of Cumberland Ale in the Troutbeck Inn, then an early bed, with the rain and wind battering the old two-man hike tent that I’ve had since I was sixteen. Spring may have arrived, but apparently no-one has told Cumbria, and I wriggled from my sleeping bag in the morning to find the flysheet frozen stiff, the cars covered with ice, and Blencathra up above us smeared white with fresh snowfall. I love icy early mornings, and once I’d got the Trangia stoves lit, I sat out in a heavy overshirt, sipping scalding hot tea and heating a couple of tins of that slightly obscene, luminous orange ‘all-day breakfast’ that always reminds me of our winter Coast to Coast crossing back in late 2007. The game is to see if you can find the one or two tiny mushrooms hidden among the powdery sausages and the bizarre yet savoury clumps of oats and egg.

We started with a muddy tramp across the valley in half-hearted rain, then a steep, breathless climb up a narrow track past a sign that said ‘NO PATH’ in weathered, long-ignored letters, pausing momentarily for me to get grouchy about some hikers in the distance who didn’t bother putting their dog on a lead even after it started chasing the fell sheep. Before we knew it we were up in the snow, with the cloud swirling around us, occasionally clearing to reveal the sunshine breaking across the valley below as the rain slunk off to bother someone else. Up on the top of the fell, there was a sense of elation among the few other walkers we ran into, all of whom had set out on a relatively grim morning and found themselves climbing into what might as well have been a completely different day.

Standing high on a mountain ridge never gets old, and being up on Blencathra reminded me of a passage from Travels with Charley, where old Steinbeck discovers that he’s driven too far and too fast.

‘And I sat in the seat and faced what I had concealed from myself. I was driving myself, pounding out the miles because I was no longer hearing or seeing. I had passed my limit of taking in or, like a man who goes on stuffing in food after he is filled, I felt helpless to assimilate what was fed in through my eyes. Each hill looked like the one just passed. I have felt this way in the Prado in Madrid after looking at a hundred paintings – the stuffed and helpless inability to see more.’

Thing is, this doesn’t happen when you’ve got your boots on. It’s a feeling we’ve all had at one time or another, but in all the years crossing fells and moors, I’ve never experienced it when I’ve been out walking. The novelty has never worn off, and maybe it’s because the sights and sensations don’t come easily. It’s not a question of taking three steps to the next painting, or sitting with your foot on the floor while the road spools ahead of you. Mountain walking in particular is a sort of crescendo. As you climb, the views get more spectacular each time you stop and look, until finally you’re up high on the ridge and there’s nothing more to do but to take your time and enjoy it. The effort of getting there makes it all the sweeter once you do.

As Christian and I are fond of saying to one another, ‘let us not be worms’. 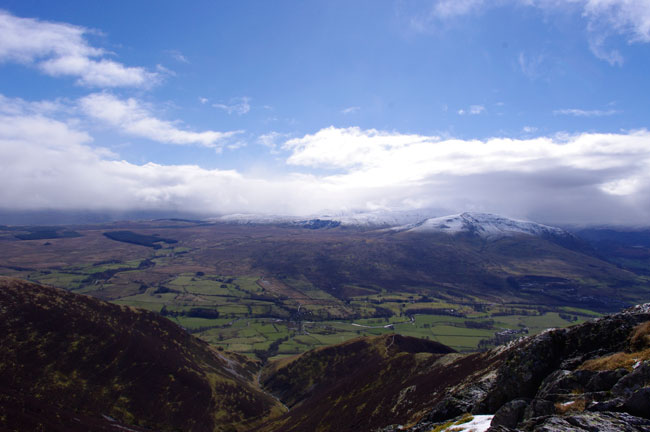 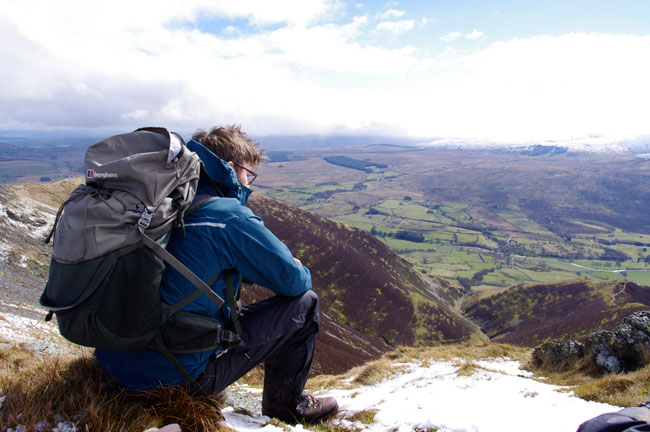 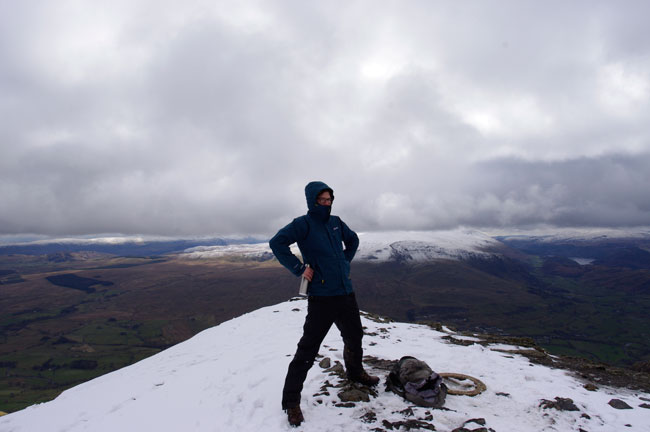 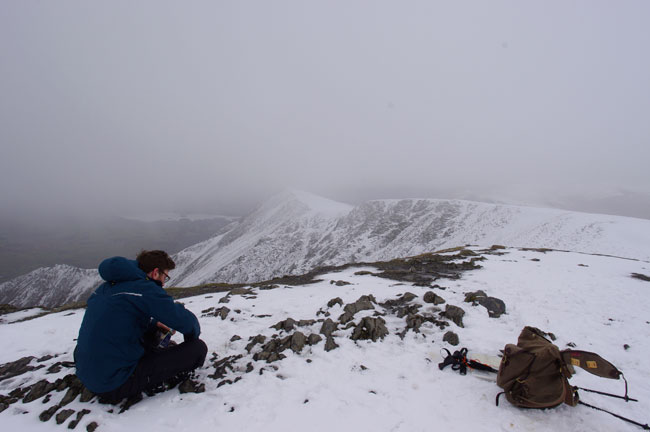