A quick update from the comfort of Ammarnäs hostel, where I spent last night sheltering from an electrical storm. Rarely have I been so pleased by a decision to take the valley path rather than the mountain one in order to shave 5km or so off my day.

Progress on the Kungsleden is decent enough so far. The paths are excellent, the views are grand, and an added bonus of such a popular track is that I’ve found all kinds of interesting people to talk to. I’ve met Belgians, Germans, a Swiss lady, a Kiwi bloke (oddly enough from Nelson, just near the ski field where E is working at this very moment), and as a comparative rarity, a pair of girls from Umeå, in northern Sweden. I had a nice chat with a bloke who turned out to be a friend of the English fellow who completed the White Ribbon last year (the winter version of what I’m doing), and last night I had my dinner at the hostel in the fine company of a quietly-spoken Swedish forester, who spends most of his free time fly-fishing in the mountains.

I have, however, made that most basic of hiker’s errors. In my zeal to make sure I didn’t run out of supplies, I picked up too much food in Hemavan, and my pack is simply too heavy to keep up the pace. I’ve been hitting my mileage each day, but it’s been a struggle, and my back is getting a little more tender each afternoon. A trip like this is too valuable to spoil with excessive toil.

So it’s time to skim out some of the ‘luxuries’ (I suppose the salt will have to go, along with the cappuccino sachets and MAYBE the little plastic bottle of cheap medicinal whisky) and a little of the spare food that is there more as a psychological comfort blanket than because I’m likely to need it. If needs be, I can get some odds and ends in the STF huts along the way, and though it’s a bit expensive, I’ve decided it’s worth it for an easier life. It’s still a long way north, after all.

Rain is forecast for most of the week ahead, so I suppose I’m going to be a bit damp for a while, but it’s all part of the package. I’ve had a good run so far in terms of weather, so it was bound to catch up with me sooner or later.

On another note, I was sorry to read that Tobias Mortlund, another Green Bandit, has been forced to retire with a persistent leg injury in Klimpfjäll. I had half hoped he might catch me up (at one stage he was making very fast progress) and that we might meet, but alas it wasn’t to be. Anyway, I wish him a speedy recovery and hope he’s fit enough to get the walking boots on again soon. Also Leif Eriksson, a fine chap who I met in Åre, has decided to call it a day, so I’m sending him my best wishes too. His companion, Nils-Inge, is continuing north at speed, so we may yet meet again.

Right then. Breakfast is done, so it’s time to skim down the pack and head back out. 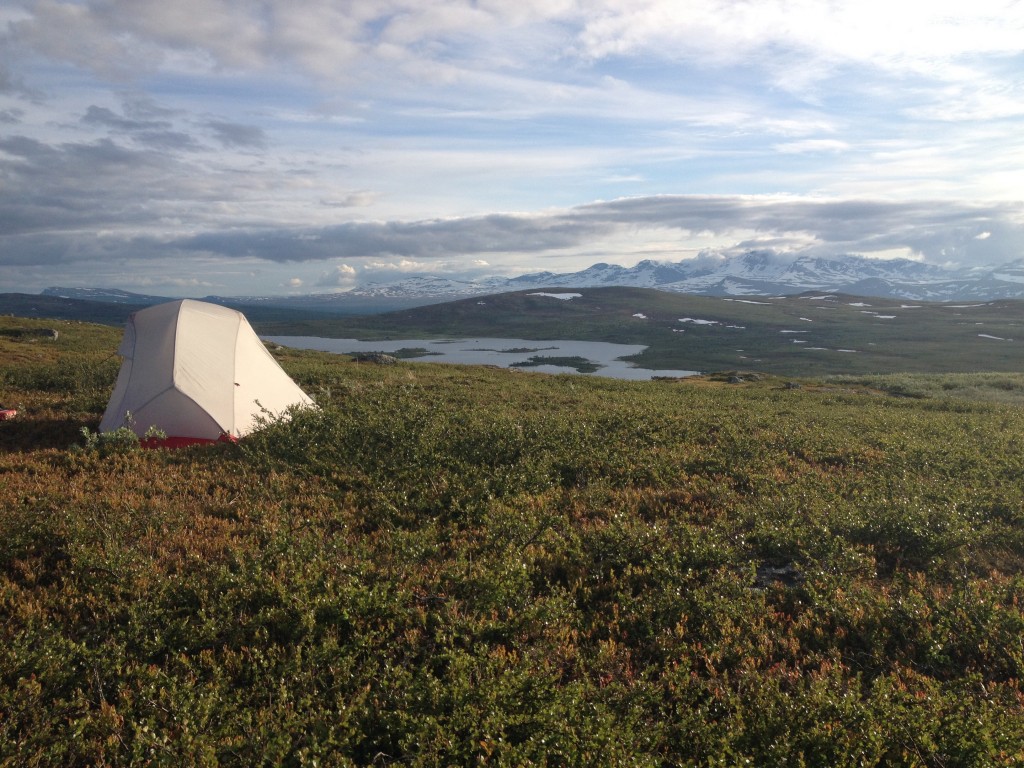