I’ve passed 1000km. Quite a milestone, in its way, though of course there is a lot further to go.

Just a quick update from Kvikkjokk STF station, where I decided to have a night indoors to recharge and dry out. It’s been a rough stretch in some ways. The passage between Ammarnäs and Kvikkjokk is one of the lesser-trodden of the Kungsleden, and I can perhaps see why. Mountain time has been limited, though there have been a couple of afternoons up above the treeline to really savour. Most of the days, conversely, have been spent toiling through damp, suffocating forest, with winding, undulating trails and the worst mosquitoes since Jämtland. Add to this the fact that it has rained five out of the last six days, and I’ll admit there have been a couple of low moments. I’ve been plodding through slippery mud and clawing scrub in soaking clothes, my vision obscured by the rain running down my head net, and I’ve caught myself walking simply to get the day done, rather than for the love of it. Which is not the ideal, but I knew when I started out that there’d be odd flickers of struggle, and in truth I’m surprised how rare such instances have been.

Often it’s been the human element that’s really brightened my days. I’ve encountered all sorts, from a two-month wilderness camper on his way to pick up a food depot, to a group of middle-aged blokes out for a week’s fishing, to game eighteen-year-olds toting vast packs on their first great adventure. Over the course of a couple of days I had several meetings and conversations with an animated, pipe-smoking German called Martin, a veteran of many Lapland trips, while one of the most remarkable characters I’ve run into was Björn, the philosophical boatman at Kvikkjokk. He rather nobly came out in the rain at half six in the evening to ferry me across the delta, and later we sat and chatted over a beer in the warmth of the fjallstation.

Of all my morale boosts over the last few days though, I have something of a soft spot for my unexpected bit of luck at Bäverholmen. On the map it’s simply a couple of isolated buildings on the riverbank, about 10km from the village of Adolfström, but when you get there (as I did in the pissing rain), you find a well-kept lawn, a cluster of smart huts for hire, and a welcoming little restaurant serving hearty, home-cooked food. I started with waffles and coffee, but as the rain grew heavier outside, I found myself tempted to stick around for an early dinner. A couple of juicy burgers came out of the kitchen to a nearby table, and the decision was an easy one. Two friendly hikers called Birger and Lillemor invited me to join them while I ate, and they were splendid company. By odd chance, they’d also met Mark Waring, the Englishman who walked the Green Ribbon back in 2013. They were full of knowledge, advice and positivity about the way ahead, and even took the time later to email me some photos Birger took, and to research my journey home for me.

By the time I came to venture back out into the rain again it was 6.30pm, but somehow the next 10km or so to my campsite just seemed to fly by. Funny what a good meal and a bit of a lift to the spirits can do.

Anyway, I’m back out into it again shortly. I’ve got what could be a really impressive few days skirting the edge of the legendary Sarek national park, and it’s not even raining yet. How’s that for an auspicious start? 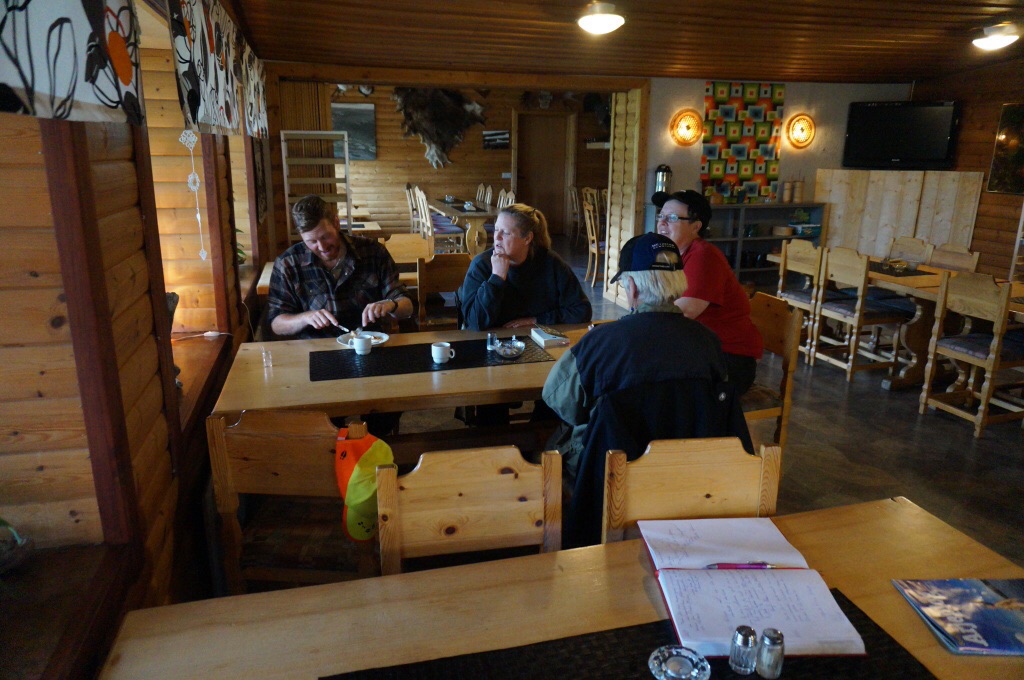 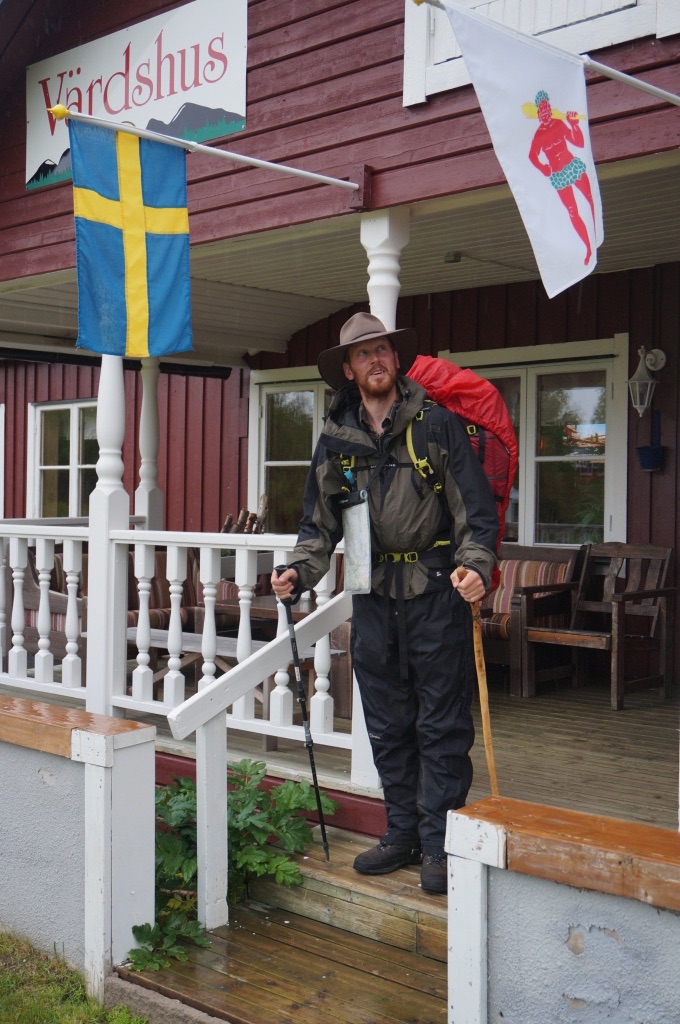