I’ve reached Hemavan, beginning of the Kungsleden and the end of stage three. It’s been a stretch of real highs and lows. Among the highlights was my wonderful birthday in Klimpfjäll, while the low point was undoubtedly Gustav’s accident, both of which I’ve written fuller blogs about previously.

Casting my mind back ten days or so, the first stretch through northern Jämtland was one of my favourite bits so far, though on paper it might not seem it. The mosquitoes and midges were the absolute worst we’ve encountered, and the trails were diabolical. Hiking apparently isn’t particularly popular in an area very much geared towards snowmobiles, and the neglected state of the summer paths reflects this. We expended a lot of time and energy scraping through thick, high scrub, splashing through marshes and scratching around in vain for missing trail markers in dense woodland. The compass seemed to be out of the pocket almost as much as it was in it.

And yet. There was something about those rugged, deserted mountains, scrunching across wide patches of snow in the sunshine while defensive curlews wheeled about you. Ours were the only footprints on the mountain, and we had days and days without phone signal or seeing another soul except one young Swedish couple with a galloping little lapphund (cracking hiker’s dog – I want one). The air above the treeline was fresh and clear, we took our morning wash one day under an icy waterfall, and the country felt marvellously wild and empty. The good bits were very good indeed, and somehow it seemed like you’d really earned them when you got there. So Jämtland has rather found a little place in my heart after all.

Crossing into Lappland, the improvement in the trails was immediate and striking, as was the modest increase in the number of people using them. The walking was grand and the camps were even better. One evening we pitched our tents in the eerie ruins of a long-abandoned Sami camp, with rusting bear traps, dented enamel mugs and ancient skis lying amid the pine cones under the rotting wooden huts, and a few nights later we took refuge from the cold and drizzle for the night in the beautifully renovated cabin at Tjåkkele, chopping wood for the heavy cast-iron stove and basking in the warmth as the temperature plummeted outside. The weather was bright and crisp, until the rain came, and Gustav took his wrong step with such disastrous consequences.

Since then I’ve had a long few days. The day of the accident I was soaking wet and I didn’t really have the spirit to make it many miles, so I only walked until 7.30ish before I gave in and camped up in a sheltered patch of woodland (my little MSR Hubba NX Solo tent, affectionately known as ‘the coffin’, fits beautifully in the tiniest corner of flat ground). I had a good meal and got myself warm and dry. Then the sun shone the next morning and I marched an easy 38km, with another 33km day today bringing me to Hemavan. Sometimes the miles are in your legs, and sometimes they just aren’t.

Tomorrow is for washing my filthy clothes, re-supplying and doing a bit of kit maintenance, then Wednesday I’ll hit the Kungsleden, or ‘King’s Trail’ to Abisko, my highway to the far north. It’s a very popular route, so I’m expecting smart trails, a good network of STF huts, and awesome mountain walking. Though I’m going to have to do a bit of rowing to get myself across some of the lakes. It’s a long leg – 20 days or so – with the possibility that I might get tangled up in the Fjällräven Classic at the far end, which could be fun.

Thirty-two days and just under 760km down, there’s genuinely no place I’d rather be, even if I occasionally dream of my armchair by the fire when the weather gets a bit heavy. The adventure continues. 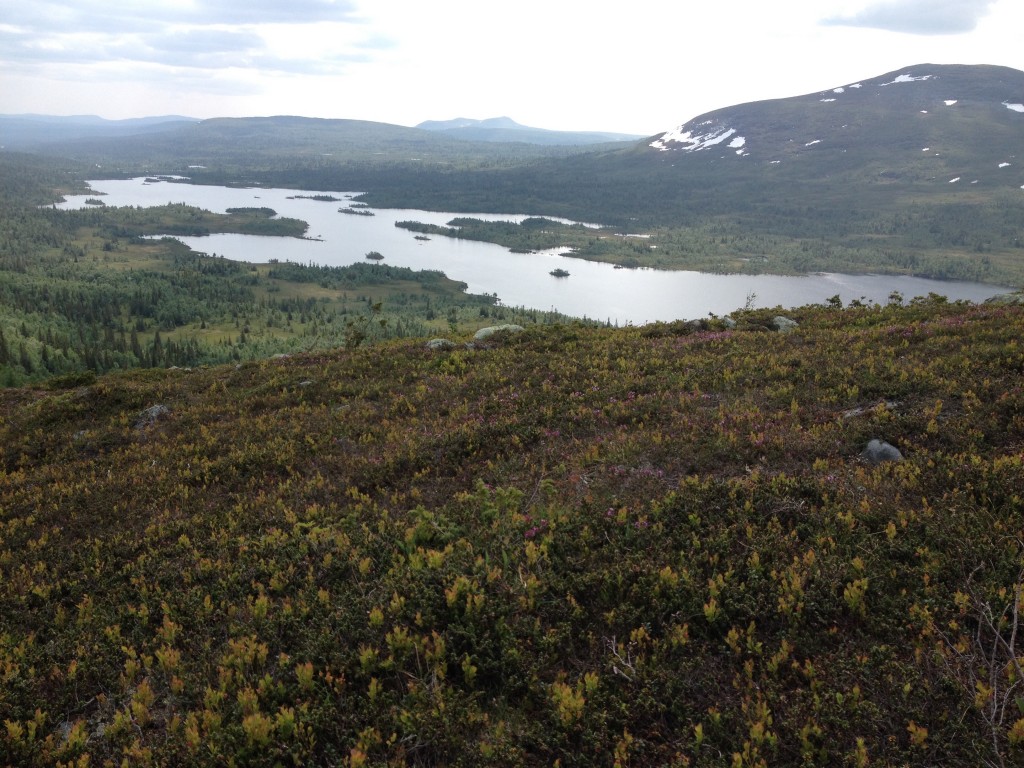