[Edit, June 2020: There’s been quite a bit of interest in this blog lately, so it’s worth pointing out that it’s five years old. Since then, some of the backpacker campsites I stayed at have closed. If you’re looking for practical information about wild camping in Kielder, your best bet is to email the Forestry England rangers at Kielder Castle.]

Last week E and I ventured up into Northumberland. We crossed Hadrian’s Wall and spent three days walking and camping in Kielder Forest.

If you haven’t been up there, then the area has some very appealing features for backcountry hikers, the most obvious of which is its remoteness. Though most of it’s still south of the border, it feels almost more like Scotland than England, and once we struck out south on the second afternoon, moving away from the busy but picturesque path round the edge of Kielder Reservoir, we saw no-one besides Forestry Commission 4x4s and a single middle-aged man out fell-running with a lithe little Hungarian Vizsla.

‘It’s a swamp back there,’ he panted.

Much of the area is forest, but it’s still quite hilly, and you rarely feel hemmed in by the trees. Late autumn can be a magical time of year, and we were jammy enough to get bright sunshine two out of three days. The nights were cold, the mornings were misty and haunting, and at one point we emerged from thick woods onto a hilltop with an open vista across the forest. The setting sun was soaking across the horizon and thick fog was pooled in the wide woodland hollow below us. It felt like we were high above the clouds.

The bad news is that you can’t have your cake and eat it. Kielder’s remoteness means that the paths are often untrodden and neglected. Every bridleway we tried to use was heavily overgrown, and some of them had vanished completely, leaving us to hack across rough ground and bog on a compass bearing. Some of the backpacker sites had suffered a similar fate, and even with a map, a description, a GPS and a grid reference we completely failed to find one of them. This sort of thing is all part of the adventure, of course, but it’s as well to know what to expect if you fancy heading up there yourself.

It’s also worth remembering that commercially-managed woodlands are a shifting landscape. Wholesale felling means you can find yourself walking through open ground when you’re supposed to be surrounded by trees. Likewise, a young plantation of fast-growing conifers might not have been there when the map was last updated, or unimportant tracks might have been planted over.

If I were to plan my walk again, I’d be wary about anything with a green dashed line and focus on the Forestry Commission tracks instead. Some of these are virtually roads, but the lesser-used ones are little more than footpaths. They’re arrow-straight, of course, but I reckon it’s still more reliable than trying to use the rights of way.

Anyway, we had a wonderful time. My business with Kielder is far from finished, and I’ll definitely be back before long.

[For more about wild camping in Kielder, see this 2016 blog.] 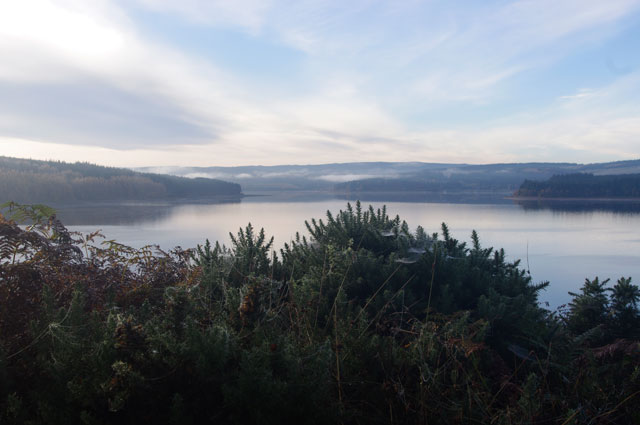 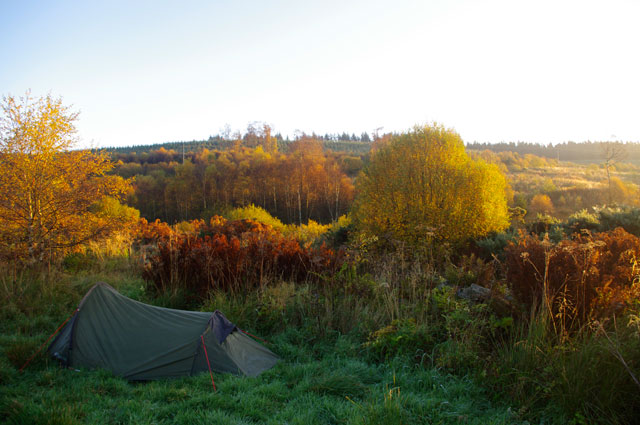 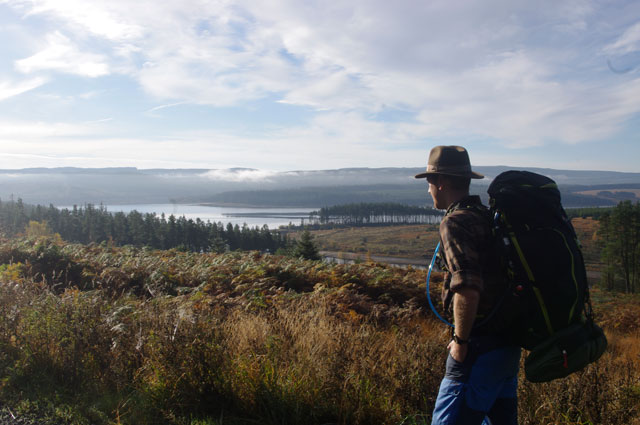 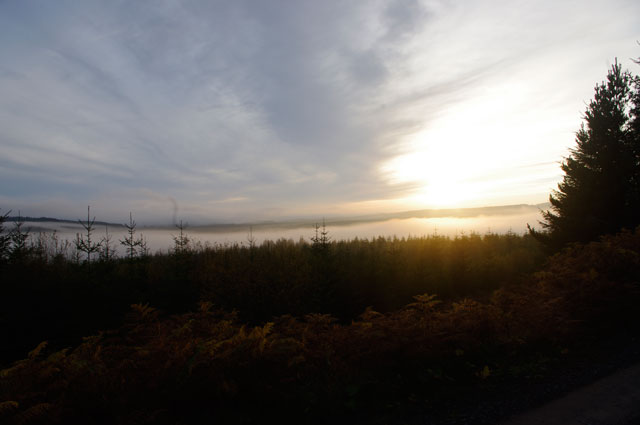