The other day, taking advantage of a pocket of sunshine and a light workload, I went out for a bit of an explore. I recently got hold of the Harvey Mountain Map for the North York Moors, and it’s got some paths on it that the OS map doesn’t, so I fancied investigating. In particular, there was a snicket marked winding up through the woods from the ruin of Carter House, and it proved to be a lovely way, leading up to a grassy, neglected forest ride which in turn took me out onto a spectacular moorland track along the rim of unspoiled North Dale. The muntjacs were bold and noisy, letting me get within a few metres of them before they bounced off white-tailed, barking out their ugly alarm cries.

It was a good day. The sun beat down hot and the wind blew cold as I hooked up with the wide scar of the Lyke Wake Walk heading towards Eller Beck Bridge, followed it across swampy Fylingdales Moor to the ancient Saxon grave of Lilla Cross, then struck back across the moor, hopping the A169 and strolling down through the heather to Goathland Station. After a cuppa at the station caff, I took a 15-minute steam train ride to the shady platform at Newton Dale Halt – a request stop deep in the woods – then climbed out of the dale and back to the car. Between you and I, I may have had a little snooze on a rock by Hudson’s Cross.

At one stage during my day, crossing a fairly quiet stretch of moor, I happened upon a couple of sets of fox snares, and a Larsen crow trap with a big black bait bird bristling angrily inside. Subject to certain regulations these are perfectly legal, but you don’t often come across them – usually only at certain times of year when the gamekeepers are trying to keep the predators off the baby birds. They were an interesting reminder that these tracks I so enjoy wandering are part of a working landscape, and have been one way or another for many hundreds or even thousands of years. In a single day I walked old pony causeways, military access tracks, and paths carved out by gamekeepers, foresters and farmers (and occasionally just sheep). I passed broken-down field barns and cottages, paths that no longer lead anywhere, and stiles to tracks that have ceased to exist.

Traps aren’t a particularly attractive thing to come across, (and I recognise that many people will find the idea of them unpleasant), but they bring a sense of reality to the place which has an odd appeal. The notion that the ground you’re travelling through isn’t an archive of something that once was, but an evolving landscape full of life and death, growth and decay. Home to people and creatures who know some of its secrets.

All the same, if you’re out and about, I’d keep your dogs close. 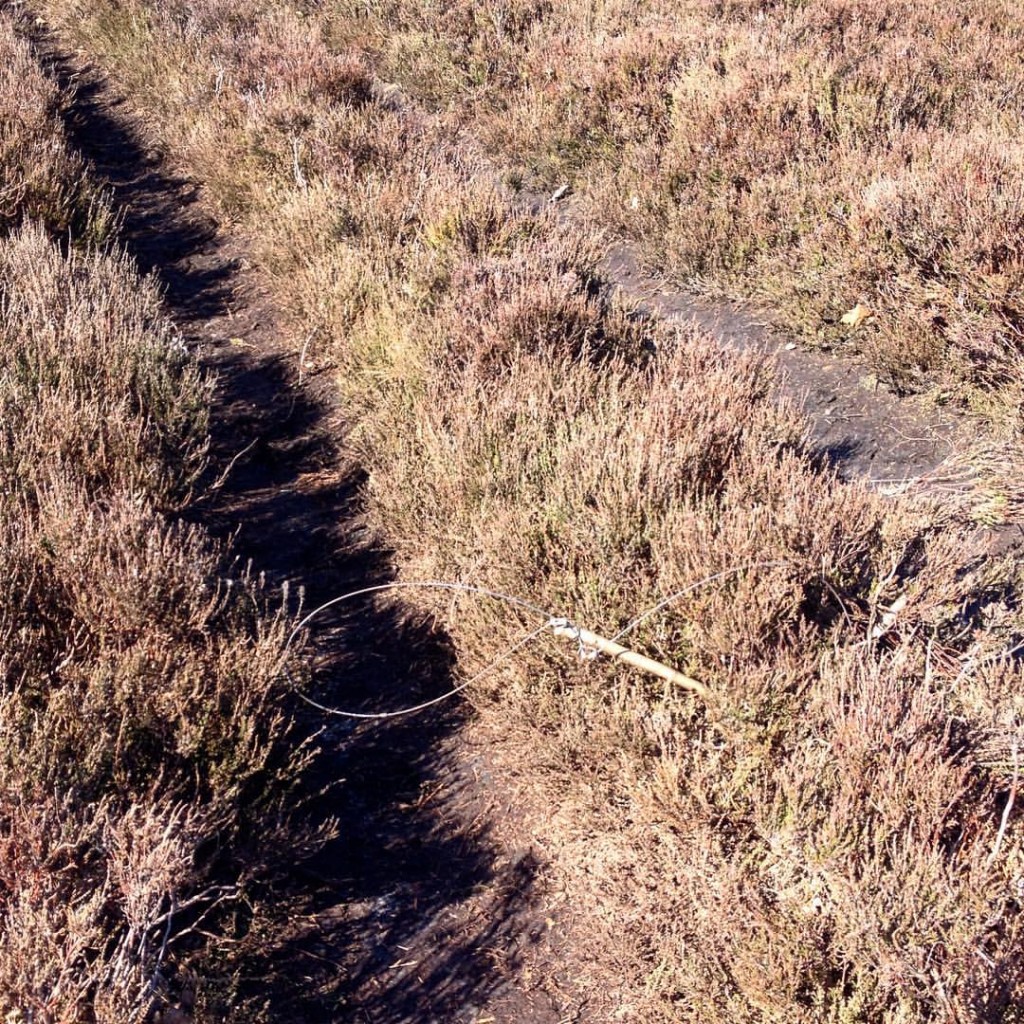