The sun has been venturing out lately, and so have I.

Yesterday, after working late into the previous night, I crawled out of bed to discover the sun rising into a beautiful clear sky. I sacked off work for the day, laced up the walking boots and bounced out of the front door with a flask of coffee in my backpack.

I strolled the hour or so into Whitby, where I had a few things to pick up, and on the self-indulgent whim of a man who has no-one to please but himself, I nosed around the peculiar galleried church of St Mary’s, high on the east cliff by the abbey. It’s a curious, charming old place, with its hefty coal-fired stove, its triple-decker pulpit with ear trumpets attached at the request of a long-dead vicar’s wife, and its strict, hierarchical sets of box pews for noblemen, shipbuilders, lifeboatmen and so forth. Out in the ancient churchyard, the salt-laden sea winds gnaw the faces off the crumbling sandstone graves, and every now and again a landslide sends the bones of Whitby’s ancestors tumbling into the old town below.

From there, I decided to potter along the cliff path down to Robin Hood’s Bay. It’s only about six and a half miles from Whitby Abbey, but it’s full of interest. As I looked down over treacherous Saltwick Bay, the fossil and jet hunters were out, crouched over the mudstone in their wellingtons, while the low tide revealed the beached husk of an ill-fated Scarborough trawler called the Admiral Von Tromp, wrecked in mysterious circumstances nearly forty years ago. [Edit, November 2016: a reader has kindly corrected me – the boat in my picture, and the one I saw, is not the Admiral, but another vessel called the Cretablock, built oddly enough out of concrete. Must go back and have another snoop around…] 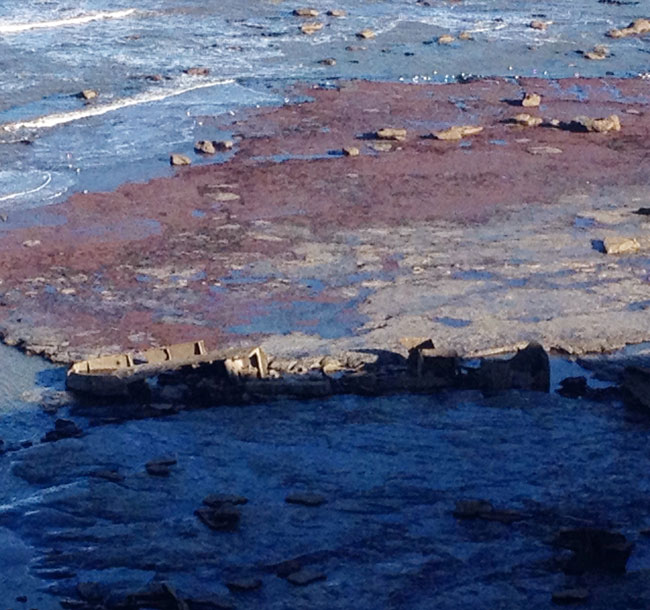 Past a sprawling caravan park and the rearing teeth of Saltwick Nab, I came to Whitestone Point, with its lighthouse and foghorn station. As far as I can tell, the lighthouse is still operational (the keepers’ cottages are holiday rentals), but I remember seeing that the string of low buildings making up the fog signal station (decommissioned in the 80s) were up for sale in the local paper last year. It’s close enough to the cliff edge to give you the odd sleepless night, but otherwise it’s nigh on perfect. Whoever lives there at the moment has a pretty little garden, a couple of stocky ponies in a paddock, and sea views beyond compare. 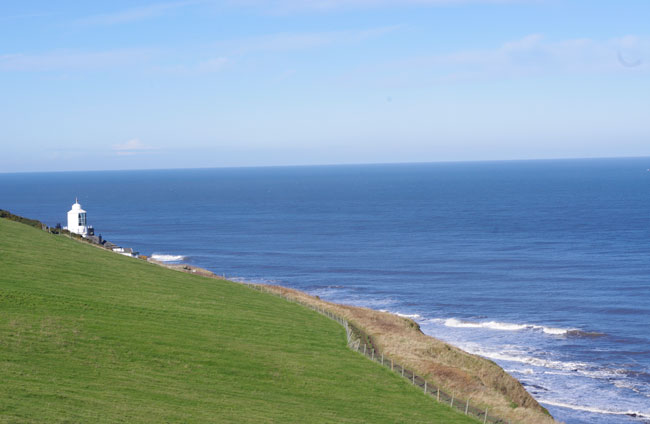 The undulating, muddy track, still frozen solid in the hollows, wound its way on past Hawsker Bottom and round National Trust-owned Bay Ness, with the coast looming hazily beyond like the edge of an undiscovered island. I passed an old coastguard rocket post, before descending past rows of smart B&Bs into the olde-worlde maze of poky taverns and alleyways that make up Robin Hood’s Bay. Back in the 1700s, the good people of the Bay were legendary for their disdain of customs and excise law, and the local fishing fleet wasn’t nearly so concerned with catching fish as it was with bringing in copious quantities of bootleg baccy, booze, salt and tea from the schooners anchored out on the North Sea. I imagine it’s no coincidence that the old moorland foot causeway known as Robin Hood’s Bay Road crosses Fylingdales Moor before emerging conveniently at the famous smugglers’ haunt of the Saltersgate Inn.

Traditionally, Wainwright’s 200-mile Coast to Coast walk finishes in the downstairs bar at the Bay Hotel on the seafront, but I had my sights set on a pint of Old Peculier in the Dolphin, just up the hill. A couple of buses ferried me home just in time to get the fire lit before nipping down to Darren’s fish and chip van on the village green.

It’s days like this I remember why I moved up here. 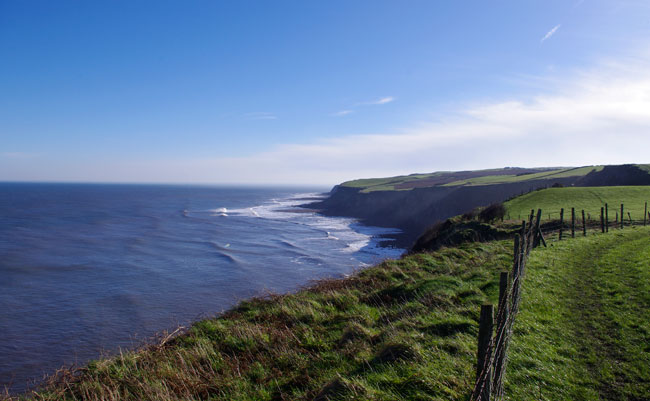 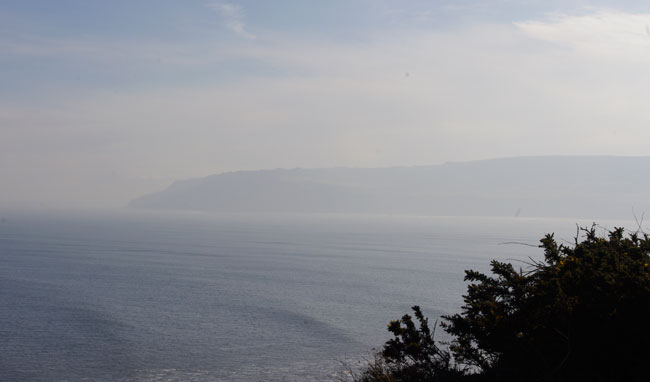 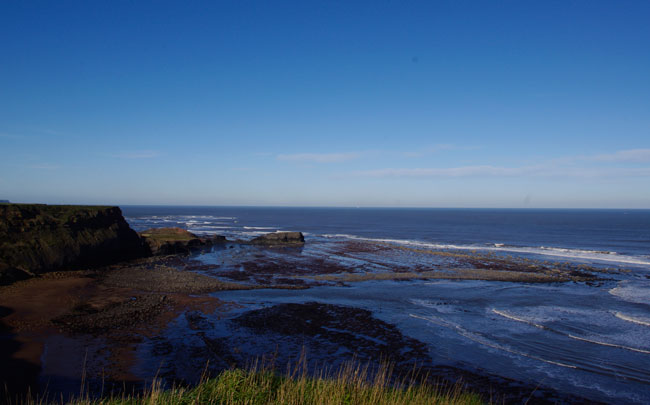