The last time I went winter walking in the mountains above Tromsø, I lost both my map and myself in the snow.

It was 2009, and I’d left my editorial job in London and swanned off to the Norwegian Arctic in search of adventures, green as green can be. A few days doing a mountain circuit out of Tromsø was my first proper attempt at using snowshoes, but I made a lengthy catalogue of errors, culminating in a truly unhappy moment watching my copy of the Nordeca 10152 sheet flapping away into oblivion off the side of a mountain.

It was the sort of trip that would have given the keyboard warriors a field day, but it is a boring man indeed who never overreaches himself. I found my way to the nearest hut through vague memories of the map and a rough compass bearing, and all was eventually well. However, my multi-day jaunt was reduced to a couple of nights hunkered down in a hut, and it’s always been one of life’s open loops.

This year, I finally got round to finishing what I started. I’ve made a decade’s worth of further cock-ups since last time, and am rather a different man to the one who set out back then. Among my various reasons for wanting to go back, I quite fancied trying to walk a few miles with my 25-year-old self, swap some notes on how some of his ambitions turned out, maybe come up with a few new ones for the fellow we might meet there in ten years’ time. 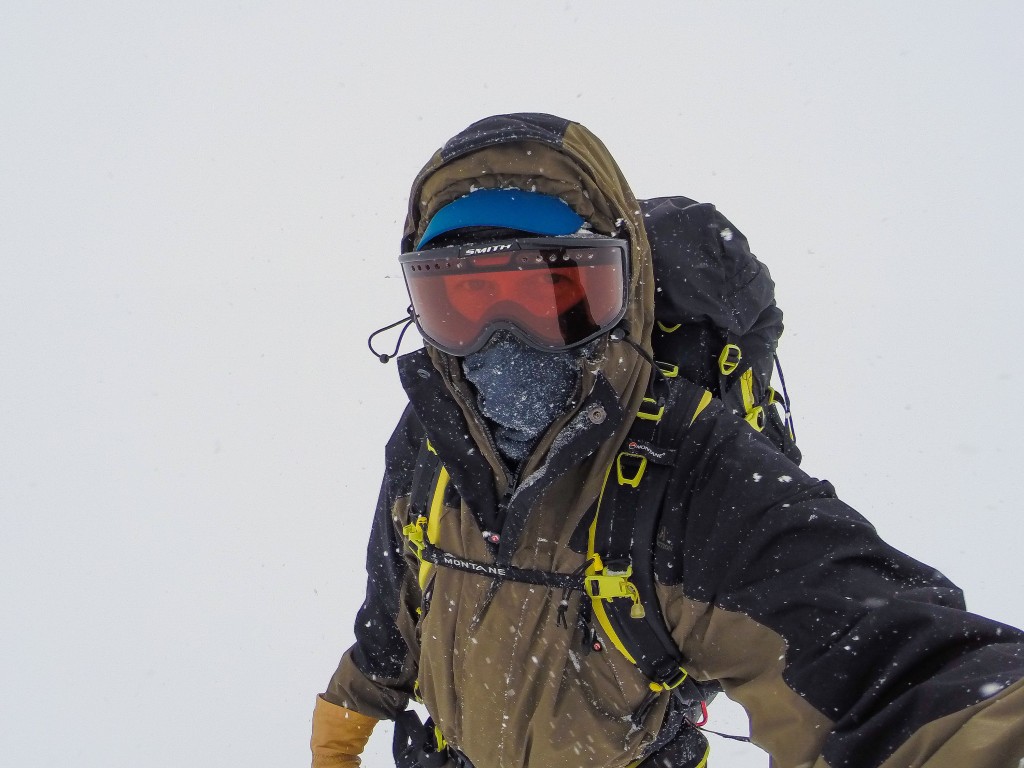 A five-day jaunt snowshoeing between mountain cabins above Tromsø is a good deal more convenient and less intrepid than it sounds.

Tromsø is one of my favourite cities in the world. It’s a proper gateway to adventure, and some of my very best trips have started or ended with a connecting flight to its tiny airport or an overpriced beer somewhere in its handsome streets. My Grandpa used to stay in the Saga Hotel on his motoring holidays back in the mid-20th century, but fortunately my tastes are not quite so extravagant, and I bet the Saga didn’t do free waffles at 6pm each night like the Enter Viking Hotel does.

Anyway, the people in Tromsø are as outdoorsy as you’d expect, and there’s a handy series of four huts strung through the mountains just nearby to facilitate their weekend escapes. Each hut is within a day’s walk of a bus stop, and each bus stop is within an hour’s ride of the city centre. Link the huts together and you have five easy days that finish up on the outskirts of town. 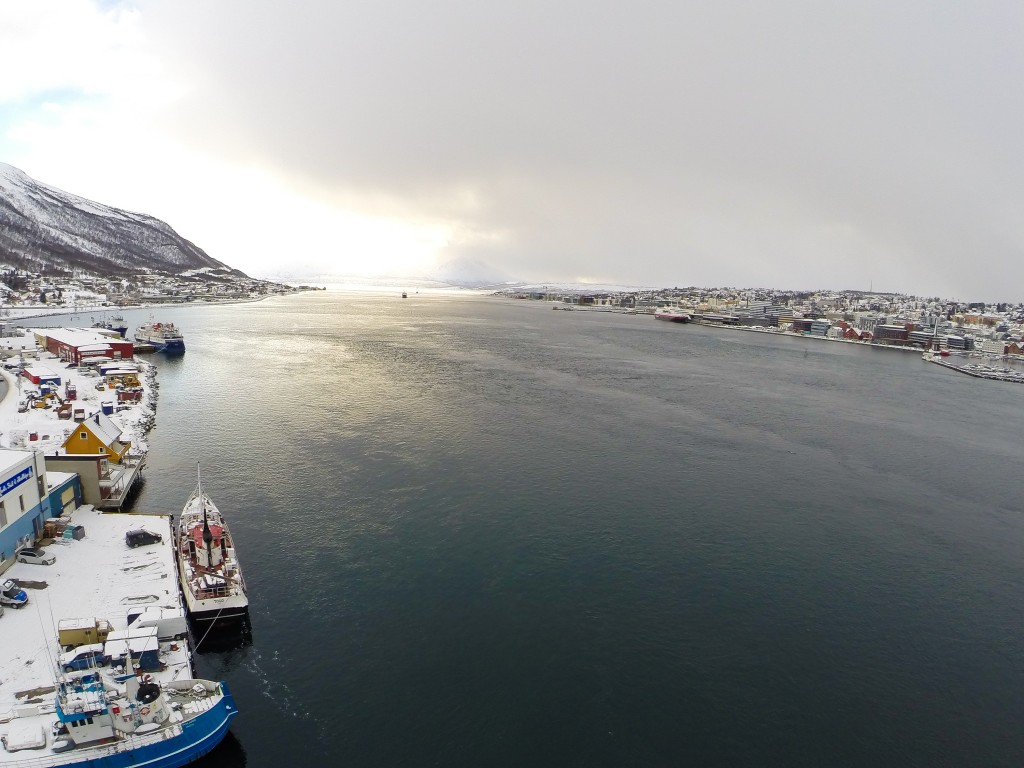 The huts are all owned by Troms Turlag, the local trekking association. If you haven’t been to Norwegian huts before, they’re mostly very well-maintained, with plenty of bedding, kitchenware and firewood. They’re usually kept locked, and there’s a universal key which is available from DNT (sort of like Norwegian YHA) for a deposit. Etiquette dictates that the first thing you do when you arrive is to enter your name in the visitors’ book, pay your fee (either by sticking an envelope of cash or a filled-out bank authorisation form in a lockbox) then make yourself at home.

When you leave, the general rule is to try and leave the place just a smidge nicer than you found it – all clean and tidy, with a full basket of firewood and some kindling chipped. And the system seems to work most of the time. It’s all honesty-based but I’ve never come across anyone who hasn’t played the game. For a DNT member it’s about £15 per night, which is pretty cheap for a country where a pint of lager is £8. 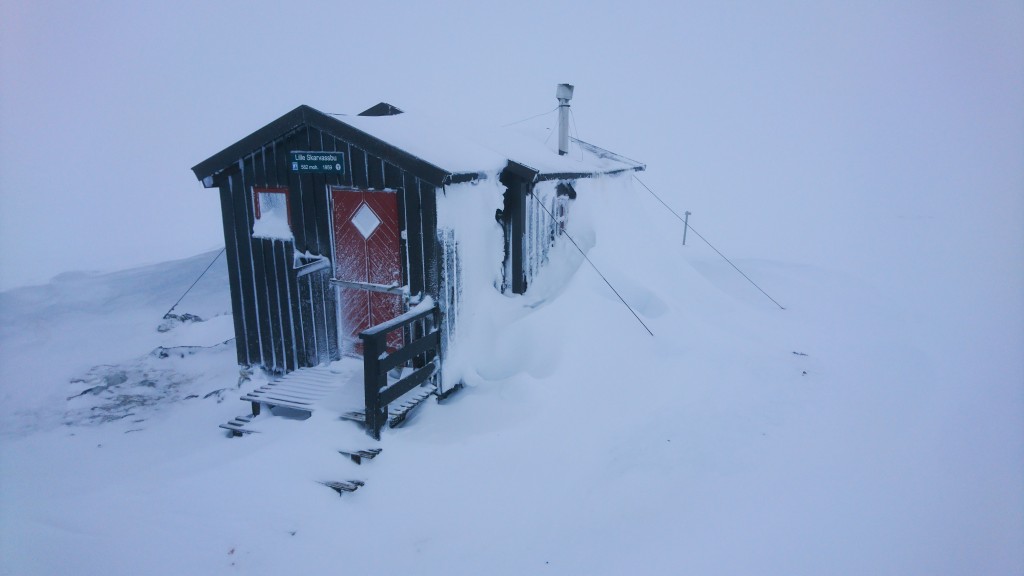 As for route-finding, the trails linking the huts together are occasionally signed, but are more often marked by spindly poles sticking out of the snow. These are sometimes broken, buried or obscured by weather conditions, so you can’t rely on them, but they’re very useful all the same. The main challenge comes when the visibility drops (see below).

I brought an ice axe and crampons along in the hopes of scooting up to some summits, but the avalanche forecast was too high for me to feel comfortable tackling the steeper slopes, so I mostly just stuck to the trails. And to be honest, that was plenty – I walked satisfying, low-mileage days, blessed sometimes by a sparkle of sunshine or some of those mightily muscular, ice-planet views that winter mountains are all about. There’s a good deal of happiness to be found in such an undertaking. 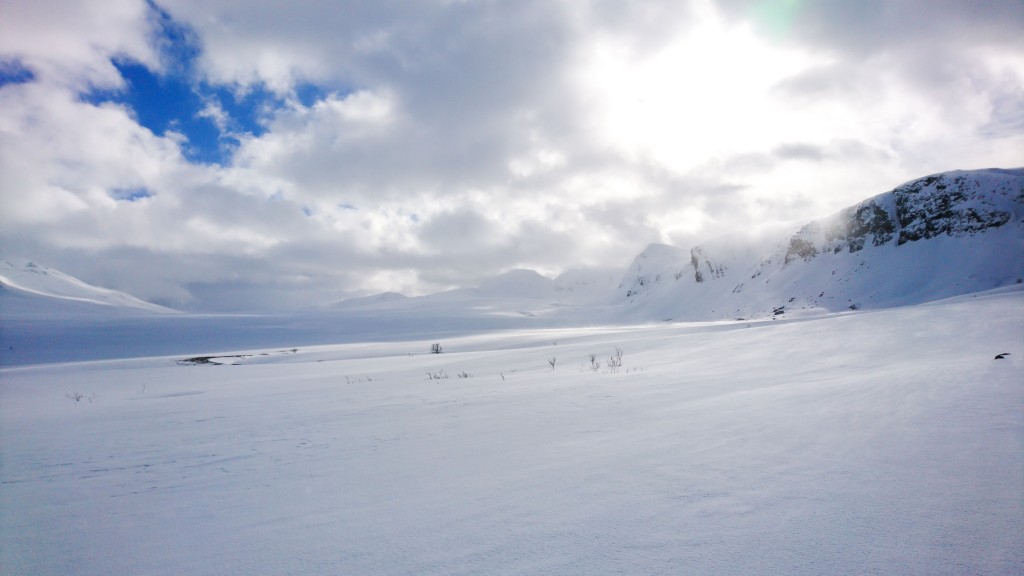 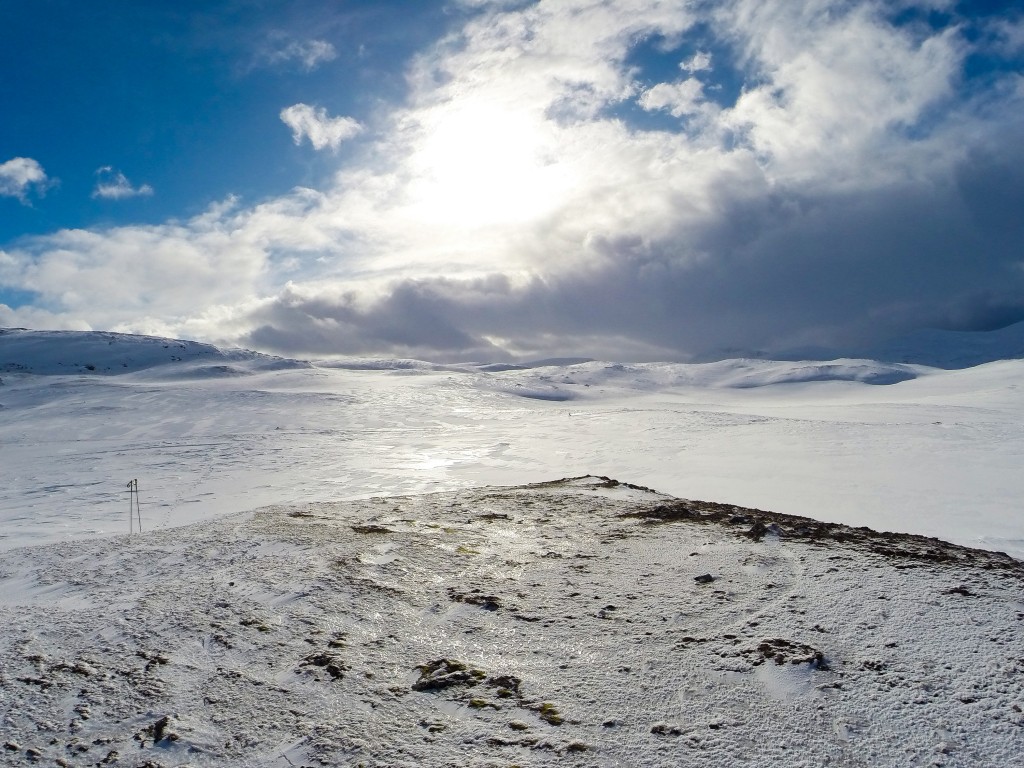 When the whiteness descends

As cold-season walking trips north of the Arctic Circle go, this was a fairly gentle one, but I was glad of good winter kit and a few more practical skills in my pocket since last time. The ability to light a fire quickly and reliably, for example, or to dig myself down out of the wind a bit during more exposed lunch stops. That far north the cold can sneak up on you quite quickly if you’re not careful.

The tricksiest thing was navigation. Much of the time it was fine, but snow can change the shape of things quite significantly, particularly in passes and valleys. Contours get disguised by drifts, rivers and streams are obscured, and whole lakes disappear. More significantly, white-outs can render the visibility so atrociously poor that you genuinely can’t tell the slope of the ground in front of you, or whether you’re about to stroll off a cliff.

I spent some nerve-wracking spells flying blind off a compass bearing, but then that is the magic thing about a compass. If you use it with a bit of care and trust it over your own sense of direction, chances are when the snow clears you’ll be somewhere near where you wanted to be. Lest I sound too smug, I will admit that the first time I came out of a brief white-out I couldn’t work out how I’d gone so far off course, until I remembered magnetic variation. I rarely bother about it back home because the difference is so tiny. Not the case further north, where it is nearly 10 degrees off. 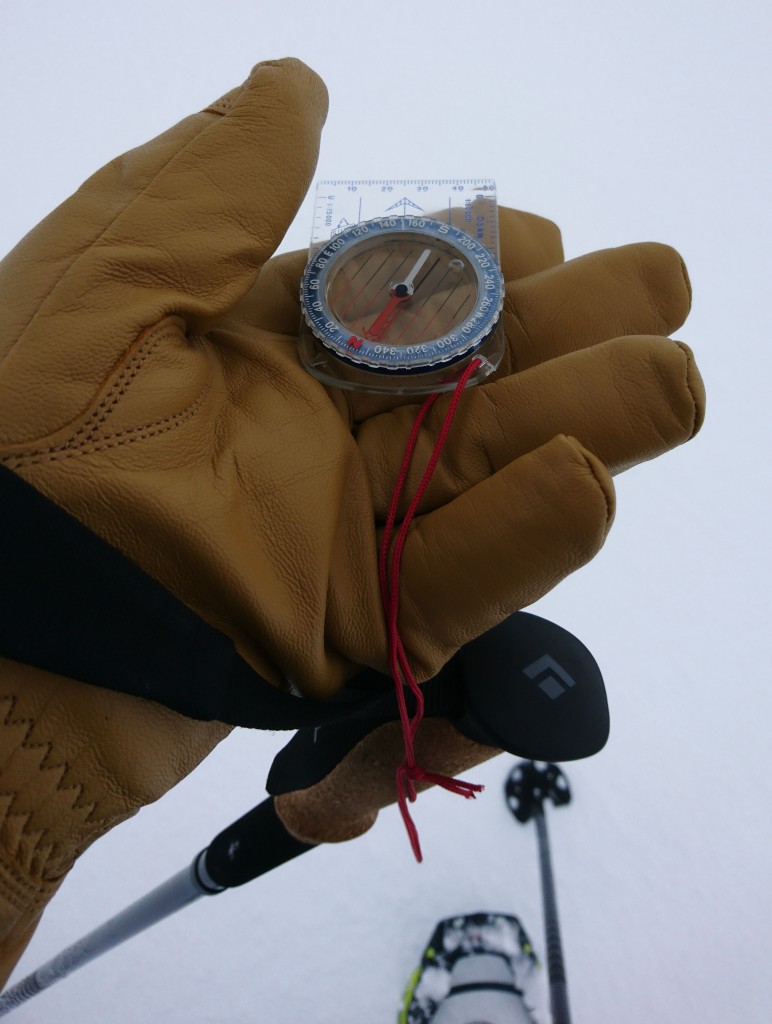 The companionship of cabins

If you’re looking for absolute soul-searching solitude, this is not the place to find it. I walked alone each day, but there was only one night that I had a whole hut to myself. The rest of the evenings were spent sitting around by candlelight with total strangers, swapping stories in our underwear.

Most people just visit the Tromsø area cabins on overnight trips – getting the bus out of town on a morning then skiing up to a hut. I, on the other hand, was out for five days, so since I was walking straight out of the door and onto the trail each morning, I was usually the first to arrive at the next cabin in the afternoon. I would fill out my paperwork, get the wood stove going, put on a dixie of snow to melt, then sit back with Last of the Mohicans and see who turned up.

One night there was a schoolteacher with two teenage pupils who’d had enough of sleeping in a snow cave just nearby; another night it was four Danish girls from the university, bearing a flask of Baileys and enough food for twelve people. I played cards and drank cheap vodka with a pair of German mountain guides, and another evening I sipped a tot of single malt with three Dutch brothers. There was a footsore group of five international students from Oslo, and a quietly spoken young Norwegian couple who strolled in out of the cold at 9.30pm one night.

Only the last evening was I completely alone. After a tranquil start among half-buried trees on the valley floor, I’d spent most of the day ascending through steadily worsening weather. By the time I reached the twin huts at Skarvassbu high in a mountain pass, I’d been walking blind for much longer than I cared to, stumbling up and down invisible drifts, compass in hand. It tests your nerve a bit when you’re so completely disorientated, and I was just wondering whether I ought to stop and dig out my GPS for a fix when the wind cut a slight fade into the cloud ahead, and to my delight I saw three black patches in the white. 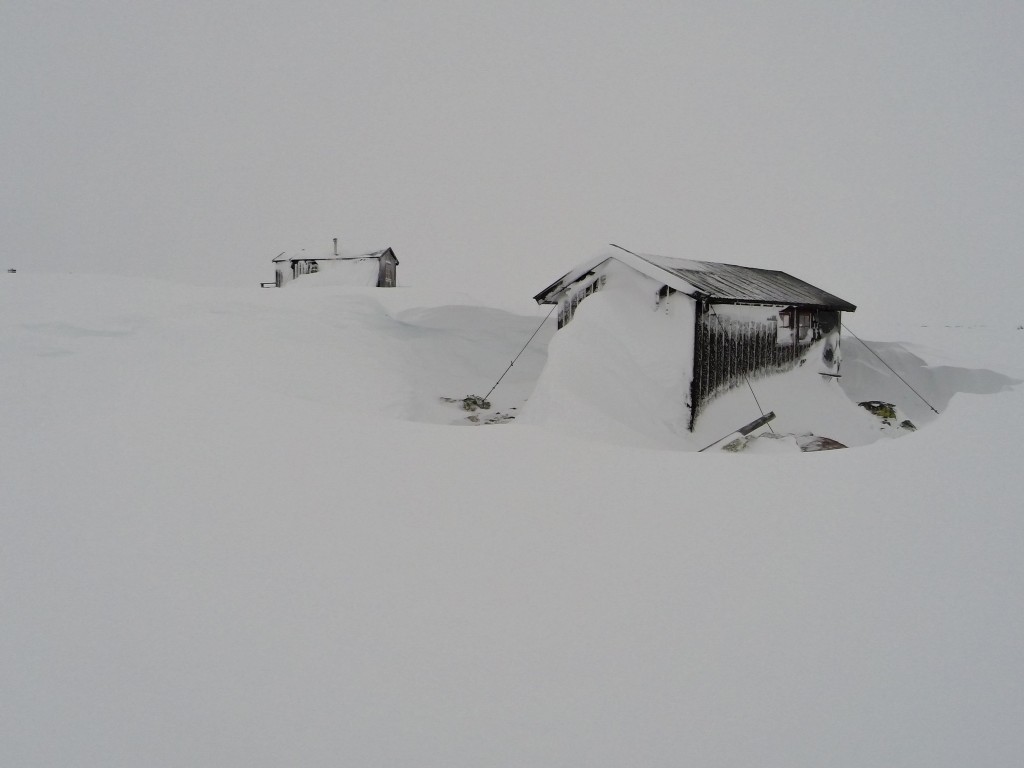 The timbered buildings of Skarvassbu were part-buried, and the log store in particular took a bit of getting into. I picked the smaller and older of the two cabins, and once I got the old Jotul stove going I soon had it deliciously warm, stretched out on the bench in my underwear with a cup of hot coffee, my damp gear hanging from hooks on the beams. 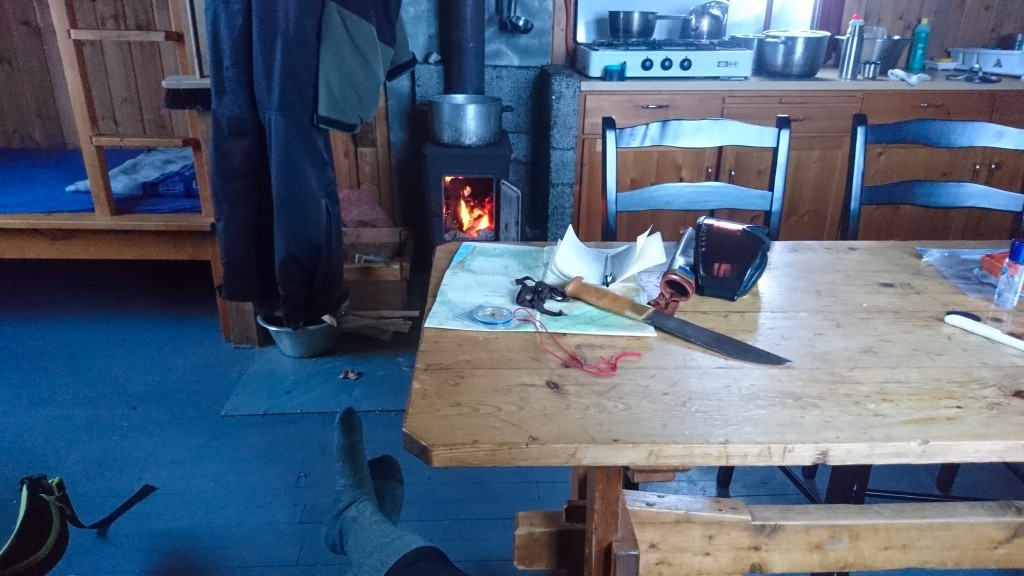 Skarvassbu is the least accessible of the huts near Tromsø, and on such a raw night I wasn’t surprised when no-one else turned up. I cooked dinner as darkness fell, then lit my last tealight, poured out an inch of bourbon from my flask, and read and daydreamed as the flurries of snow rushed against the windowpanes.

Back in 2009, I think it was reading too much Jack London that prompted me to pack in my job and buy a one-way boat ticket to the far north in search of adventure. Such impulsive bridge-burnings have always appealed to me, but perhaps if I did ever bump into myself of ten years ago, I might gently suggest to him that you don’t always have to go all-in. You can feel decidedly like a Jack London character with a week’s holiday, a pair of snowshoes and a cheap flight to Tromsø. 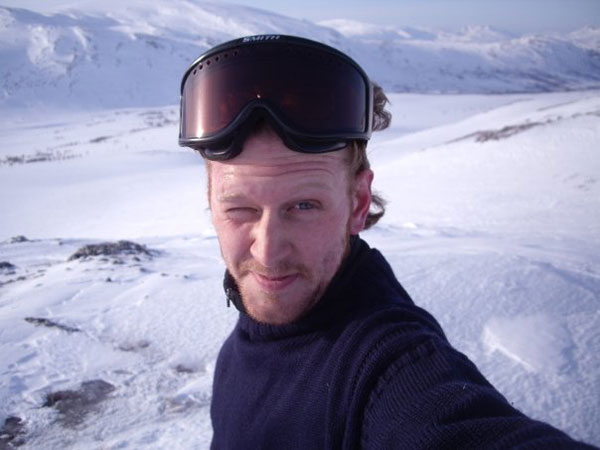 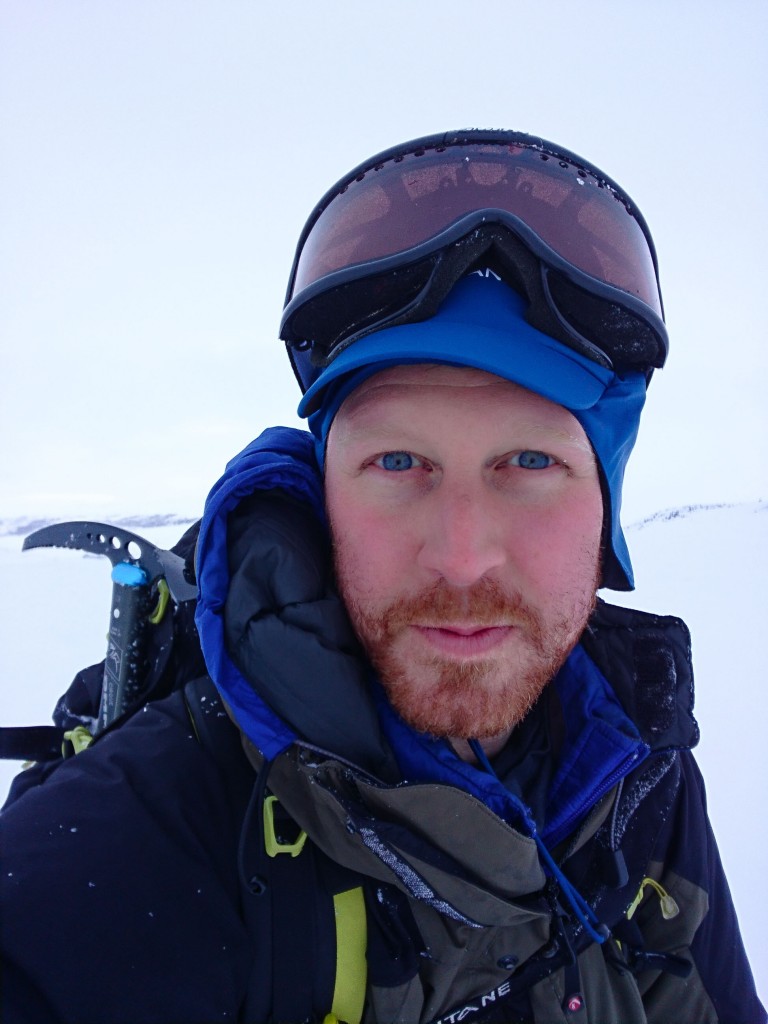