I’ve reached my first resupply stop, at a smart town called Åre, in Jämtland. I’m scrubbed clean, boots swapped for flip-flops, sitting in the sunshine with a milkshake. The hard life strikes again.

It’s been an eventful few days since I last posted. From the modern STF outpost on the flanks of Helags, my trail buddy Gustav and I made our way along the wide, scenic mountain ridge, before climbing up into the cloud towards the snow-filled pass at Gåsen. High winds and driving snow made the going fairly hard work, and it was gone nine o’ clock at night by the time we got sight of the isolated mountain station at Gåsenstugorna, its collection of weatherbeaten cabins peeking out of deep drifts. But after a tiring old day, the beds were almost as warm as the welcome we got from Håkon and Ingrid, the wardens at Gåsenstugorna, and we slept like the dead.

On Friday morning we put our damp clothes and boots back on, pulled our hoods low, and spent the morning trudging through the snow into a headwind with precious little visibility. I will admit that, not for the first time, I was glad I wasn’t on my own. The summer path was buried, so we followed the red crosses on posts that marked out the ski trail, until we finally descended from the clouds and left the snow behind us.

On the slopes, it was spring again, and down in the valley, summer reigned. We had a couple of fine camps in richly-scented woodland, a rare encounter with some English hikers, a fine lunch at Vålådalen fjallstation, and finished up with a brisk, 50km road march to get us to Are.

This morning we ran into two older ‘Green Bandits’, Leif and Nils-Inge, whose names have been showing up in the guest books in mountain wind shelters for the past week, like our very own pair of Arne Saknussemms. Shortly afterwards a minibus loaded with kayaks pulled up at the side of the road in front of us. The driver was Torkel, one of the organisers of the Green Ribbon, and he was delighted to find so many of his roaming trampers in one place. I suppose we will spread out again over the coming days, but there’s a nice sense of fellowship between us all. We’re travelling the same road, after all, and it promises to be a long one before it’s done.

There are jobs to do now, of course, like washing, planning and re-stocking with food. But first I think it’s time for a beer. 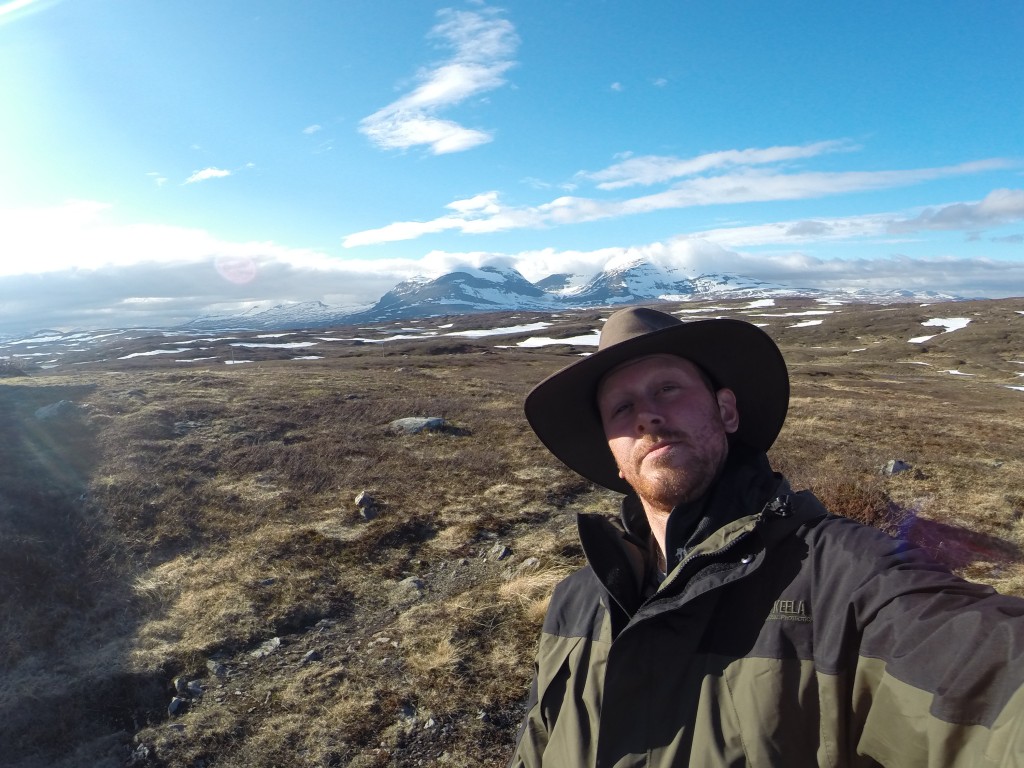