The other week, I took a little jaunt over to see my old mate P and his family in Moscow. I’ve been promising to visit him since he first moved there around a decade ago, but you know how life can pass you by. Anyway, it was high time.

Among the many pleasant things about going to visit a place where you’ve got an ally on the ground is that you can sort of have your cake and eat it. I could enjoy a bit of solitude drifting around the city in my own time, but equally I could spend a few evenings setting the world to rights with an old friend, and a couple of days out on the town with his grand little family. The big sights were all there for the taking – and places like the Kremlin and St Basil’s were as riotously overblown and magnificent as advertised – but we also did some fine things that I’d never have thought of doing off my own back, like heading up to the university for the best view of the city, or getting the Metro out to P’s place on the outskirts. The apartment blocks out in the workers’ utopia were as deliciously brutal as you’d imagine from the outside, but Moscow’s suburbs were rather leafier than I anticipated, and ten minutes from P’s flat was a vast country park, complete with a stately home, formal gardens and peacocks (and elderly Russian men playing ping-pong in their Y-fronts). 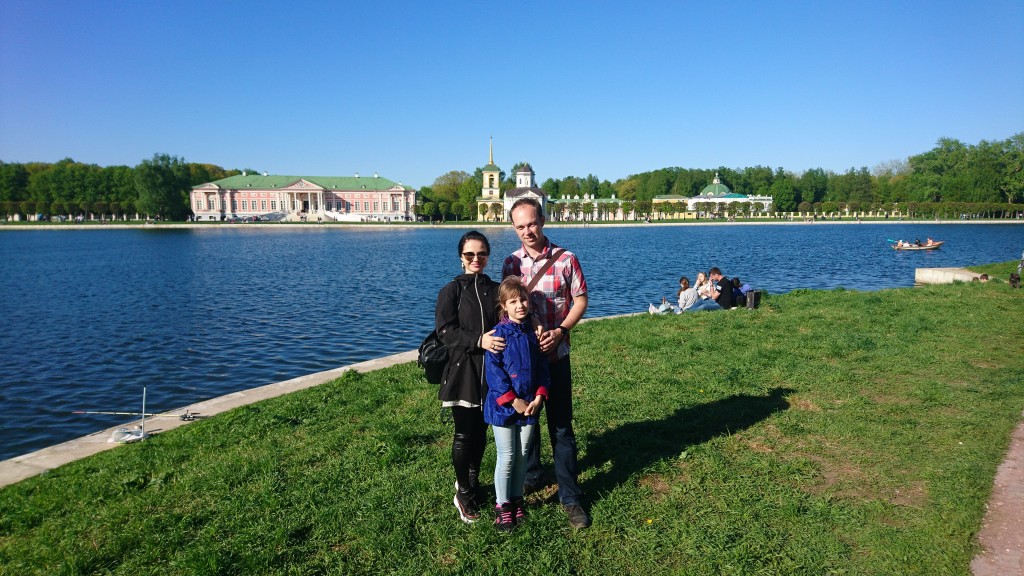 Perhaps more than with other places, I went to Moscow with a set of preconceptions, and of course I was way out. It’s the only time I’ve ever visited Russia, so I can’t speak for any other cities, but Moscow felt very much like any other European capital, just on a larger scale. If anything, the centre seemed rather safer (and certainly cleaner) than places like London and Paris. To my great disappointment, impeccably groomed Gorky Park was devoid of spies, murder victims and seedy funfairs, while the bars of Zamoskvorechye seemed to be doing considerably brisker trade in craft beer than in eyeball-stripping vodka. No corrupt policemen demanded my papers (though I carried a photocopy faithfully in my pocket throughout the trip), and out on the roads the smart little Japanese runabouts vastly outnumbered the decrepit old Ladas. On my first morning I passed a regenerated chocolate factory that was now full of baristas selling expensive coffees to blokes without socks on, and I might have suspected I’d fallen through a wormhole into East London if it wasn’t for the vast and ludicrous sculpture of Peter the Great towering over me like a cross between the Colossus of Rhodes and the cover of Time Bandits. 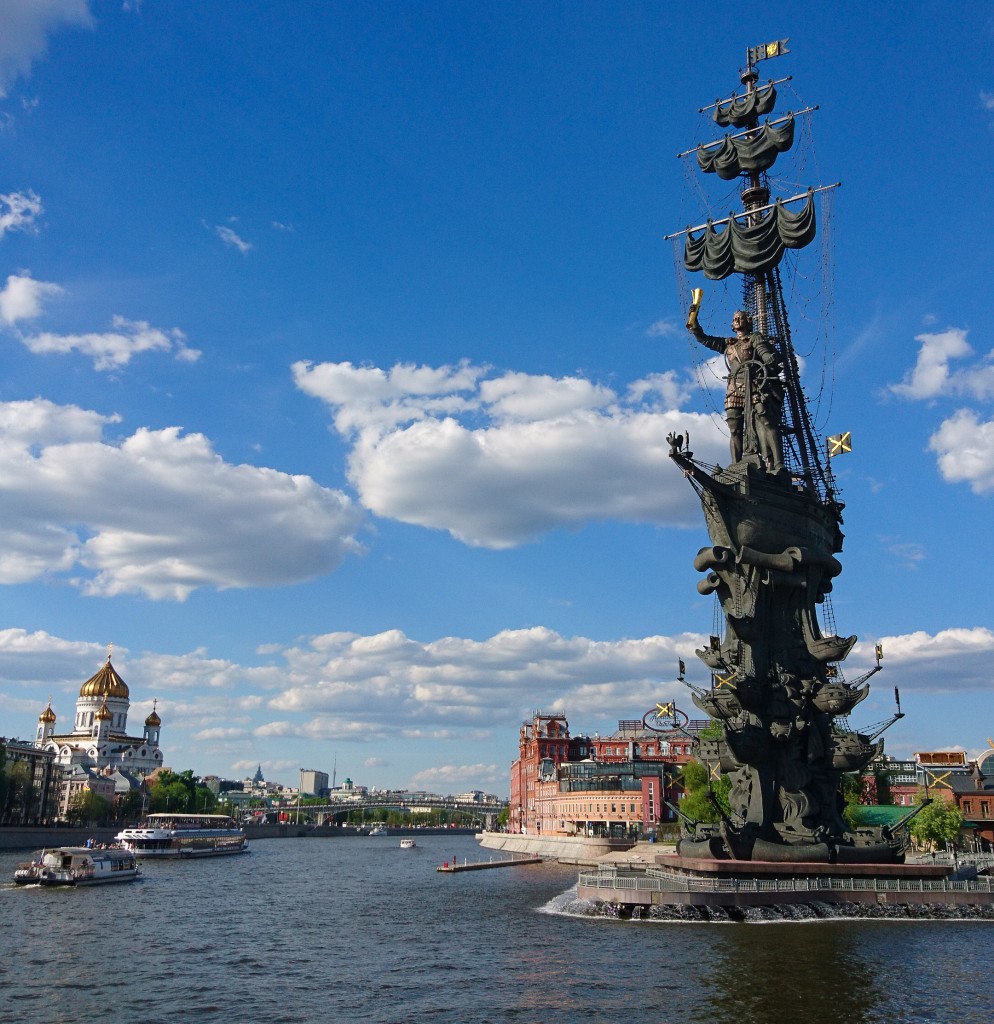 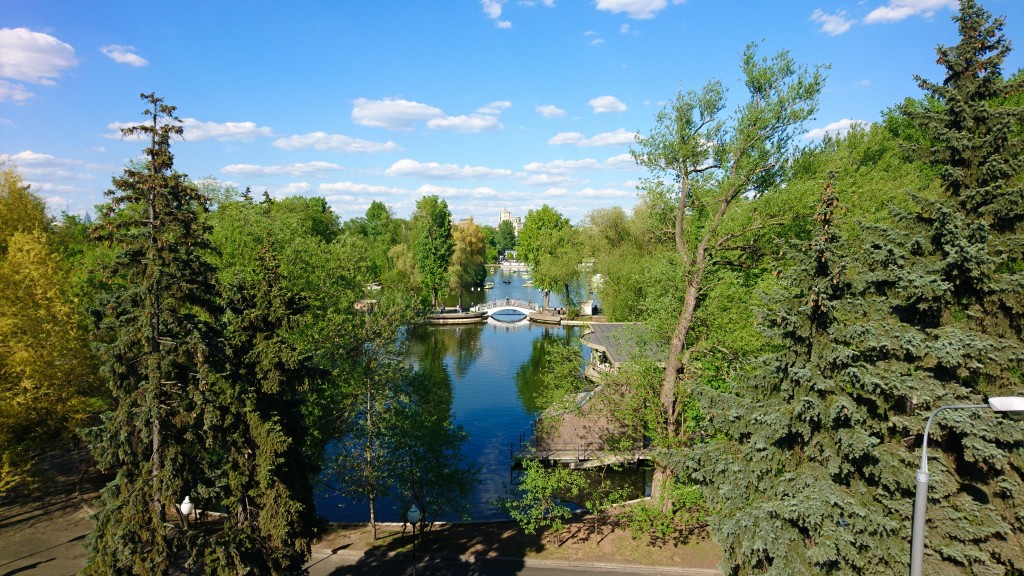 In fact, Moscow often feels so modern and Westernised that you can occasionally forget that the 20th century ever existed. Though of course it did, and there are plenty of reminders around. The modern art in the New Tretyakov gallery has a conspicuous chasm in its collection that seems to open up around the mid-1930s (coinciding, in fact, with the death dates of many of the artists), and an intriguing corner of Museum Park contains rows of statues that were pulled down from squares around Moscow in the 80s and 90s – chipped Brezhnevs, neglected Krushchevs, and imperious busts of a well-known moustachioed psychopath sitting quietly in the shadows. 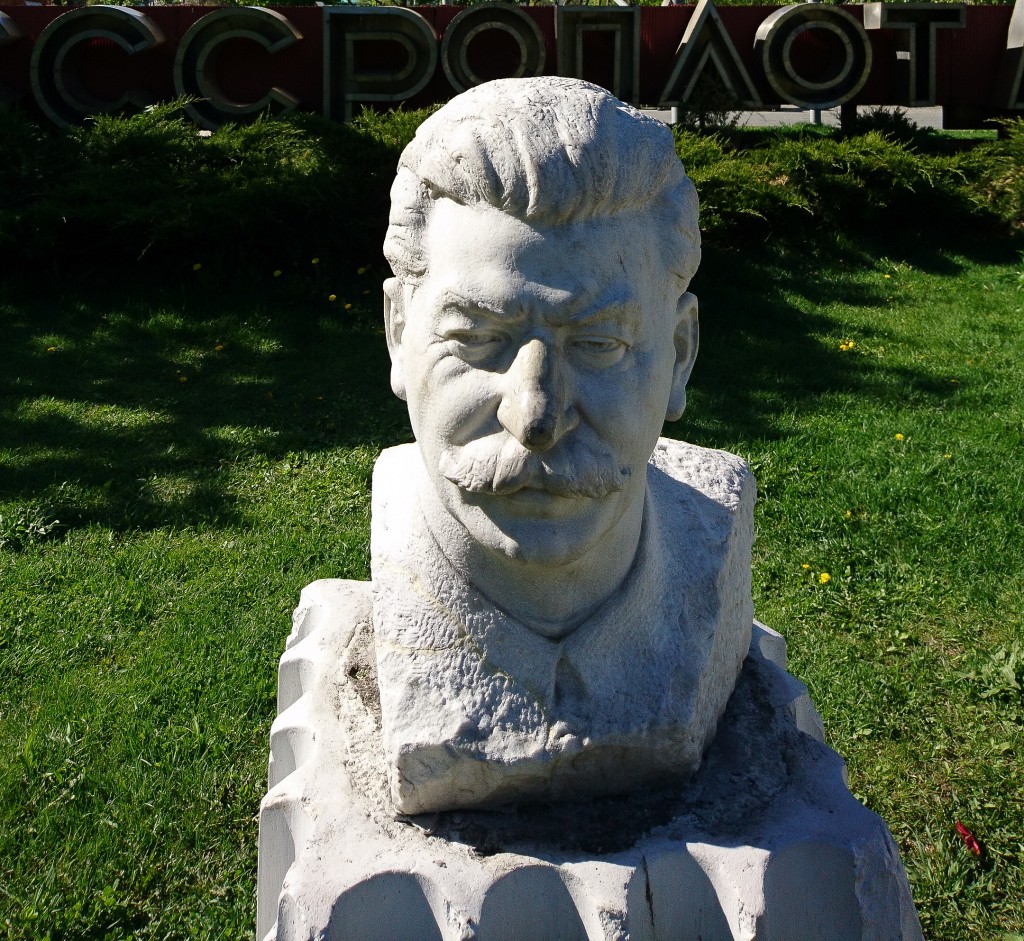 Then, of course, there are the towering ministries and apartment blocks, the palatial Metro stations, and the ornate pavilions of the sprawling Soviet exposition park out at VDNKh. One afternoon, on our way back from a restaurant to the Metro, P pointed out a handsome villa that now houses the Tunisian embassy. It was once the personal residence of Lavrentiy Beria – head of the NKVD under Stalin, and a rapist of prodigious appetites. When the Tunisians did some remodelling in the 90s, they found his stash of murdered women buried in the garden. It’s all a bit difficult to get your head round, but the past is the past and here we are. 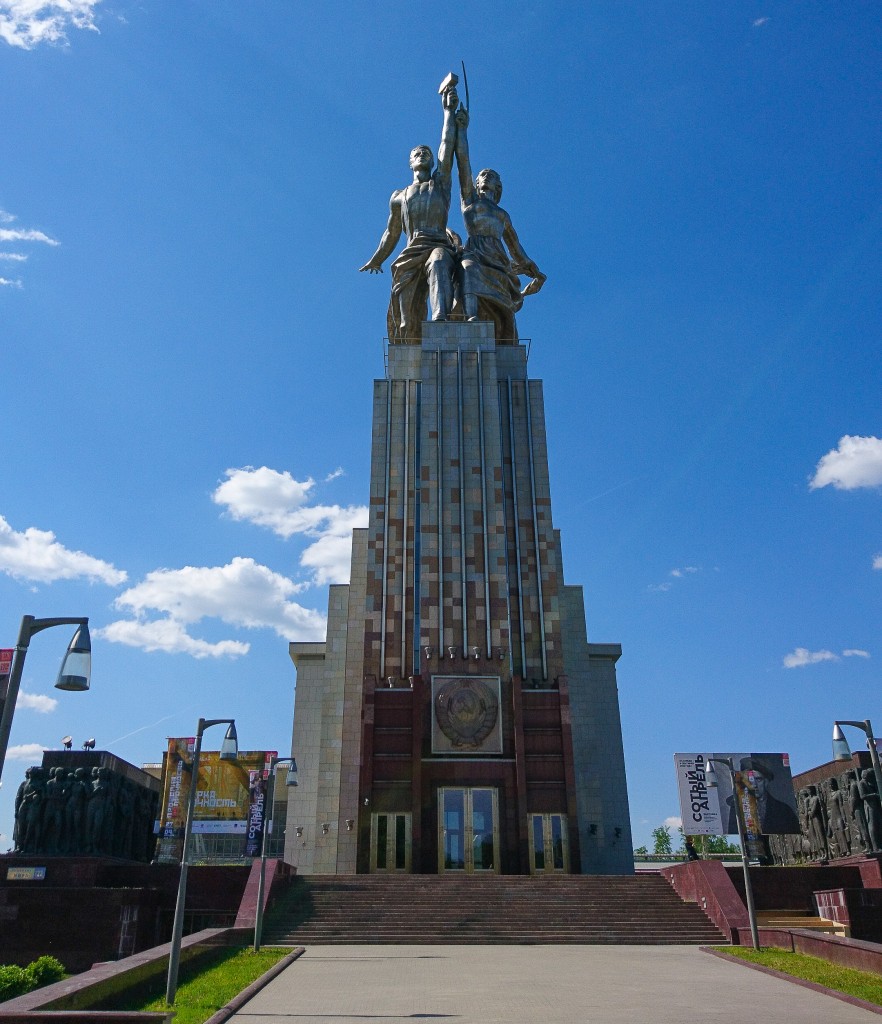 The Wednesday I was there coincided with Victory Day, a national holiday and one of the most important days of the year. In Russia, you see, the Second World War is the Great Patriotic War, and commemorations go rather beyond the respectful silences, poppy-wearing and wreath-laying that we favour over here. Thousands upon thousands of people poured into the city carrying placards with photos of their ancestors on, crowding the riverbanks to watch Putin give addresses on a big screen, as tanks rumbled along the embankment, fighters howled overhead, and field guns thumped in the Kremlin. I’ve never seen anything like it, and it all closed with an almighty firework display in the evening.

Shortly, I imagine, a whole lot of British football fans are going to be making similar discoveries about just how much fun it is to spend a bit of time in Moscow, but even if you find football as deathly tedious as I do, I can definitely recommend finding your way over there before too long. Don’t dawdle for a decade like I did. 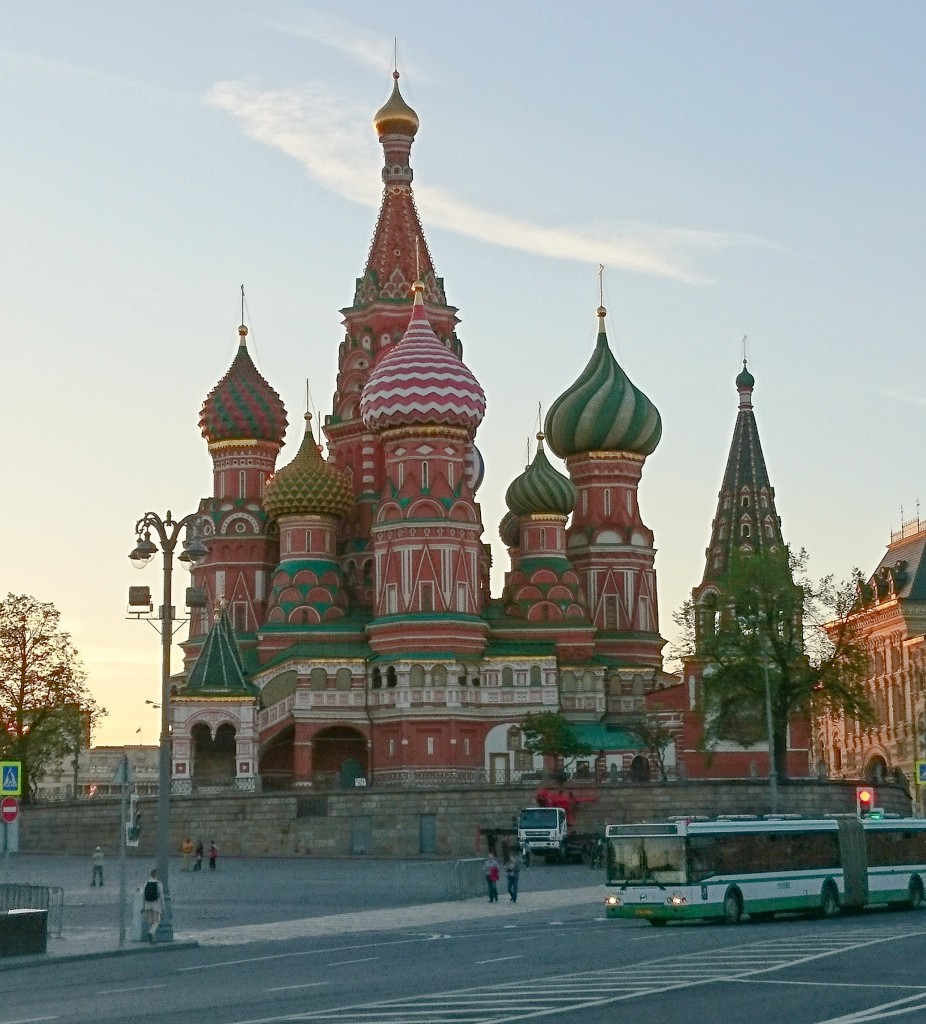