I may have mentioned once or twice how much I love living in this inconvenient corner of North Yorkshire. However, there are some points in the year when it’s especially wonderful.

Despite being on the east coast of England, Whitby actually faces north, which means that in the very highest days of summer, the sun both rises out of the sea and sets back into it. From my nearest beach – Sandsend – you don’t quite get to see the sun hit the sea because the headland blocks it out, but you do get some killer skies that feel like there should be flocks of flamingos coming into land. Or maybe hordes of Valkyries, depending on the evening.

June has been one of those months where the deadlines have come thick and fast and I don’t really seem to have come up for air, but each night for the past week or so, come half nine I’ve downed tools, thrown the dog in the car, and headed for the sands. And it’s pretty difficult to get stressed about life when your evenings look like this. 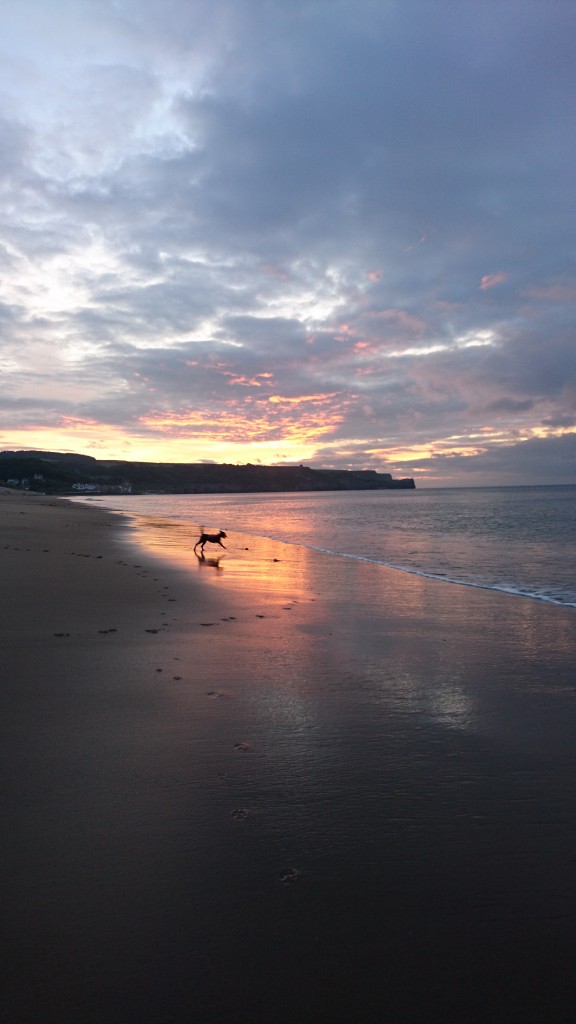 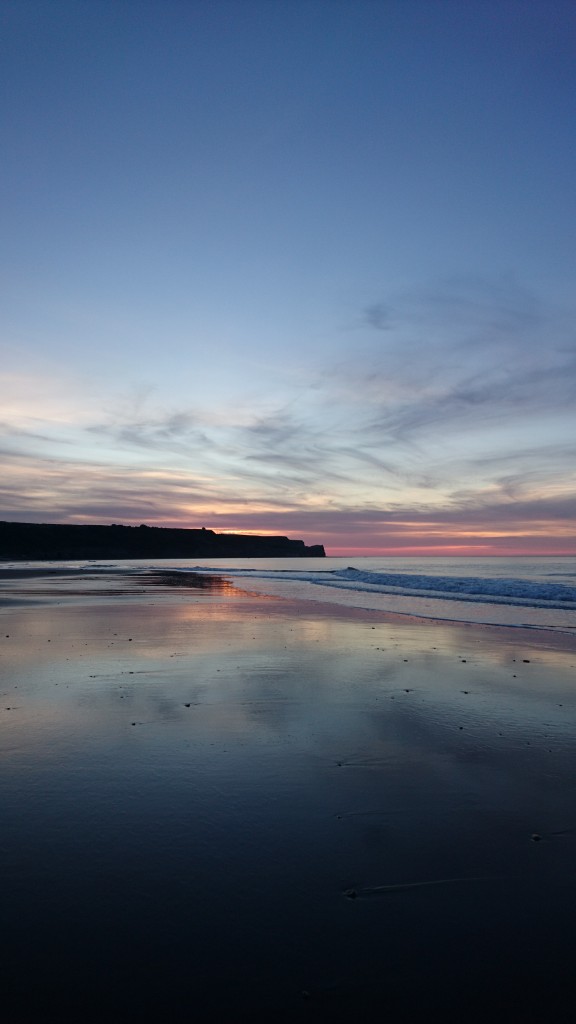 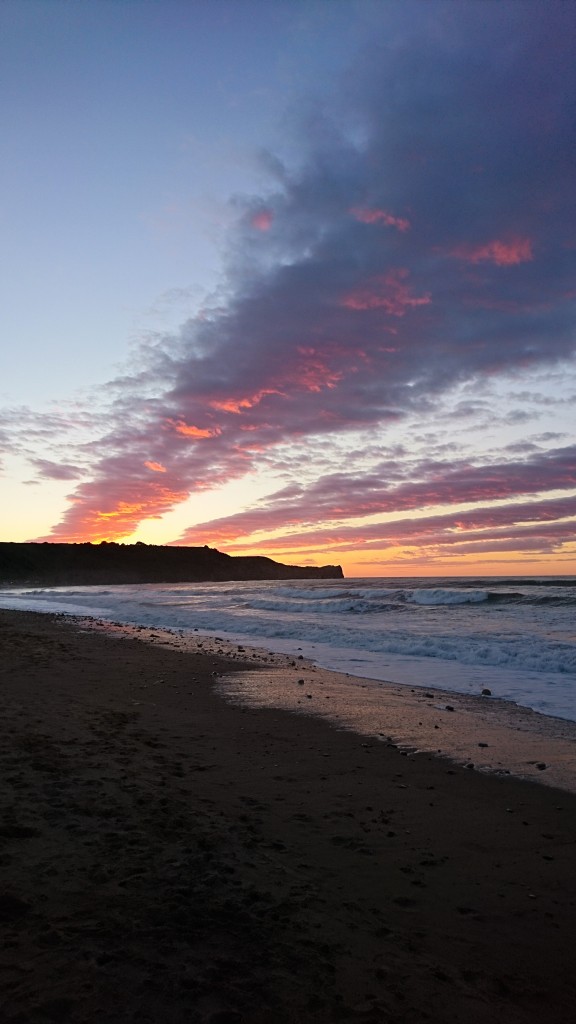