I’ve written before about the annual Glebe Cottage hop harvest, and I thought it might be fun to post my latest method for dealing with such a glut of pungent little flowers. I speak, of course, of making wild hop beer.

A word on home brewing

Brewing great beer is a complicated art, and one I know very little about. But brewing decent beer is easy enough. At it’s most basic level, you can make something perfectly drinkable by simply buying a brew kit, stirring the tin of gloop provided into a bucket of boiling water, then diluting it and adding a sachet of yeast. Further down the line, commercially-produced malt syrups let you experiment with flavours without the time-consuming process of converting sacks of malt into sugary wort.

If, like me, you enjoy the process almost as much as the end product, full grain brewing is worth dallying with. You need more time, more kit and a thicker skin where mistakes are concerned, but it’s when you get down to the real nuts and bolts of raw ingredients that you get the most control over every little facet of your brew. By the time you’ve drunk the first bottle of each batch, you’ll already be contemplating how you could tweak it for a better drop next time round. It’s tinkering, pure and simple.

Most hops you use in brewing have been created specifically for that purpose. They have strong, distinctive flavours and lots of alpha acids (the things that make beer bitter). The wild ones that grow in hedgerows (or my garden) are simpler stuff, well-suited to an easy-drinking session beer.

The expression ‘session beer’ gets bandied about a bit these days for a brew that’s just a bit on the weaker side, but actually part of the point of a session beer is that it doesn’t have any overpowering aromas that make it hard work after a few pints. For my money, stuff like BrewDog’s Dead Pony is tasty stuff, but after two bottles all you can taste for the rest of the night is hops.

Still, flavour is important. If you’re using a spunky American hop, you can get away with sticking it in a simple pale because the hop itself has such character. But if you did that with my little garden hops, you’d end up with something refreshing but just a bit insipid (I speak from experience). So I reckon a more flavourful malt profile is a good way to lift the hops. I still worked off a pale malt base, but added crystal malt for a bit of caramel sweetness, and chocolate malt for colour and richness (and to balance out the sweetness of the crystal). Finally I stuck in a dose of wheat malt to try and improve the head and give it a fuller taste.

As for quantities, I wanted to try and keep the ABV fairly low, so I went easy on the malt, but I doubled the hop quantities compared to my usual brews to account for the softer flavours. I used a fairly standard process of a single mash, a 1hr 15 boil and 40 mins standing in the copper.

It came out tasty enough. Dark but easy drinking, around 3.9% ABV, and fairly sweet. I took a load of it to my family Bonfire Night party and to my surprise it went down even better than my more reliable dry-hopped citra pale ale. Though in fairness the crowd was mostly Yorkshiremen, and we do tend to have a slight propensity for gentler, more old-fashioned ales.

Of course finding flaws and dreaming up solutions is half the fun. Head retention wasn’t as good as it could have been, and it was slightly on the sweet side for my taste, so I might drop the proportion of crystal malt and maybe up the wheat. Plus I reckon it could still have taken more hop flavour, so I might dry-hop it next time to try and get my mild garden hops to punch above their weight.

Anyone else got any good recipes for wild hop brews? 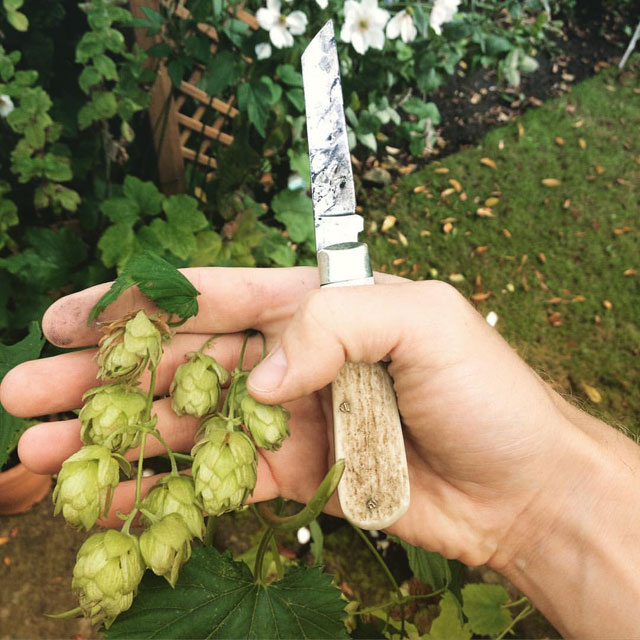 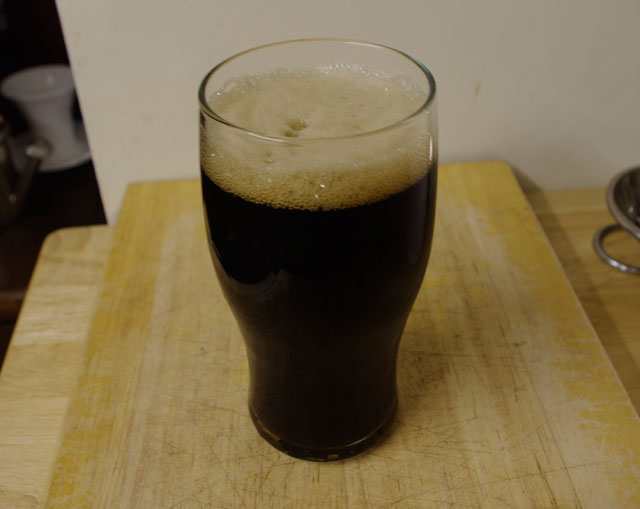 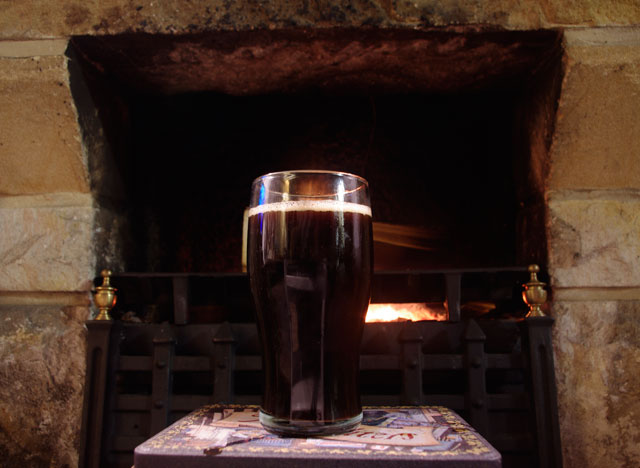