It’s been a dramatic few weeks in meteorological terms. Only last Monday evening, we had such a downpour in Whitby that all routes into town were cut off, and the local part-time fire brigade (of which I very nearly became a member, until I failed at the last hurdle on account of my eyesight) spent most of the evening pumping out properties down by the waterline. Even in my own modest front yard, the brown water was ankle deep, which is the first time I can ever remember such an occurrence.

Of course this pales into insignificance compared to the floods further west over the holidays. I spent Christmas with my brother and his girlfriend at their majestic old end-of-terrace house in Hebden Bridge. If you haven’t been, Hebbers is straight out of the pages of a Neil Gaiman novel, a charismatic little enclave of independent-mindedness and eccentricity, cunningly disguised as a post-industrial mill town in West Yorkshire. It’s a topsy-turvy, thriving little place where shaven-headed plumbers with tattooed knuckles rub shoulders with stout, boozy wiccans in purple felt hats. Take a stroll down their bustling, ganja-scented high street and there is not a chain store in sight.

Unfortunately Calderdale is a high-sided valley, topped with open moorland, so when the heavens opened on Christmas Day, the string of small towns along the bottom of the dale were in the firing line. We heard the eerie wail of the flood sirens in the night, but from our perch on the top of the hill on the dark side of the valley we couldn’t see anything beyond the lights down by the river and the rain hammering on the window panes.

My mother has recently bought herself a 4×4, and was so confident in her new conveyance that on Boxing Day morning she had us bring all the bags down to the front door before we strolled into town to take a look. When we did, it became clear that we were not going anywhere. The river rushed down Market Street in a waist-deep, peaty torrent, bubbling up over the low walls and creeping up the shop fronts. Car alarms hooted and finally died as the rising water shorted out their electrics, and concerned homeowners stared from the upper storeys of their homes. Canal boats strained at their moorings, people waded to safety carrying mucky terriers, and the play park was transformed into a murky brown lake. Soaked through by the rain that was still battering down, we climbed back up the hill and settled down to wait it out. Late morning our lights dimmed momentarily, and the town below us was plunged into darkness.

Thankfully it didn’t last long, and by the time we drove out the next morning, the power was back on and the water had fallen. The tide mark on the main street was at my chest height, and even at such an early hour the shopkeepers were already shovelling mud out of their wrecked businesses. By the afternoon, my brother told me most of the town were out helping, and I can’t help thinking that however miserable these events are, they do bring out the best in a lot of people.

I wonder what unlucky settlement is next. 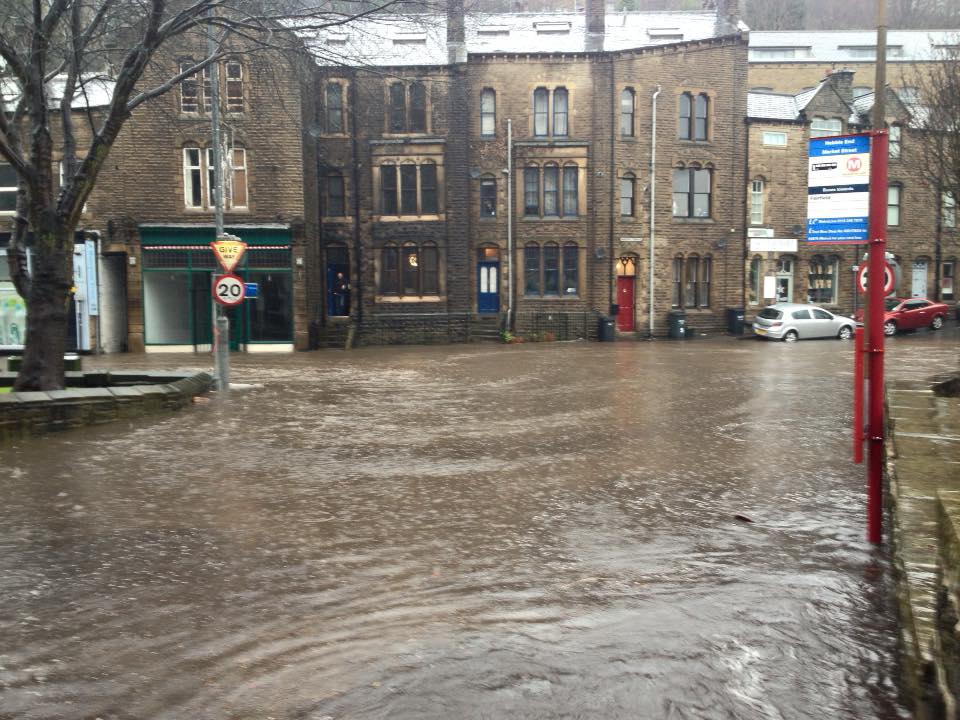 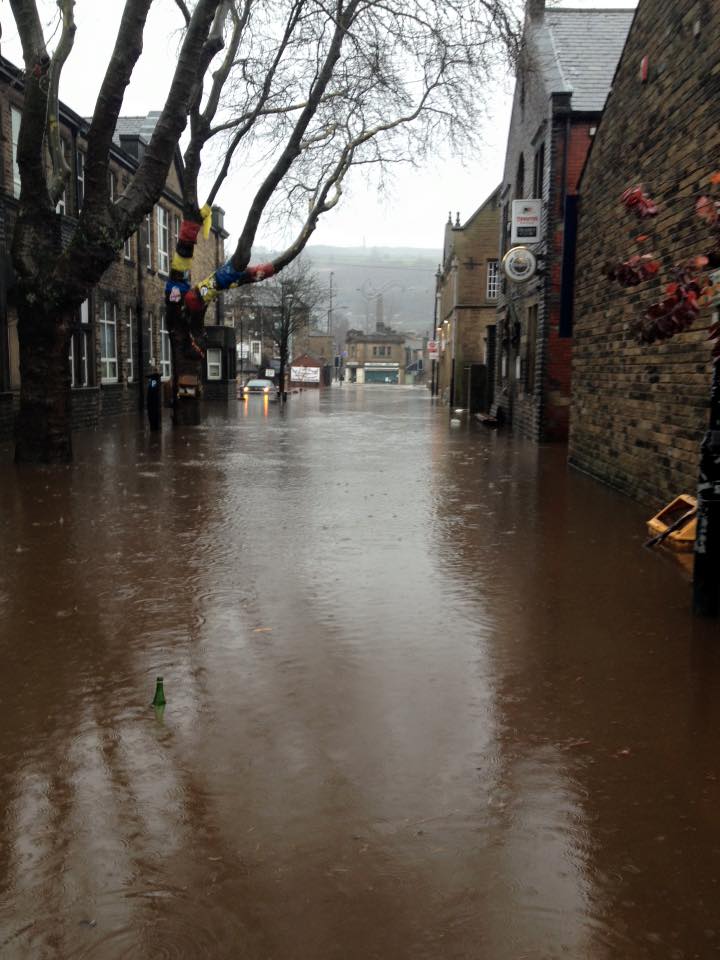