The other day, while trying out a moorland walking route for TGO magazine, I found myself rounding the relatively remote dale end called Fryup Head, about four miles south of Danby village as the crow flies. It’s a fine spot – sparse, open moorland with the remnants of old mine workings pocking the heather on one side, and on the other a curious jumble of scrubby hummocks called the Hills, tumbling steeply into the deep, green trough of Fryup Dale (which itself is divided into Great and Little Fryup Dales by a great, flat-topped island rising lengthways down its middle). 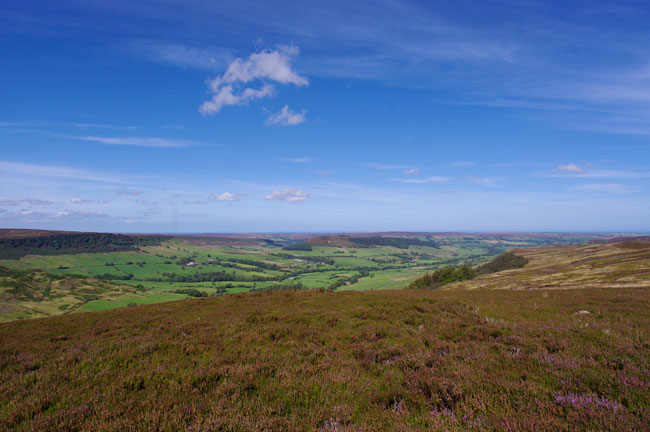 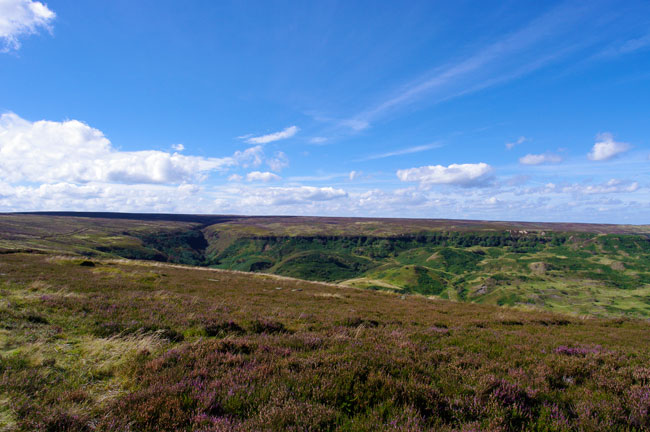 My mate Canon Atkinson (1814-1900) had plenty to say about the ‘wild solitudes’ of this little corner of the North York Moors. He called it ‘one of the most picturesque of all the picturesque dale-heads in this district’, and enjoyed strolling there ‘whether with my gun or with only my walking-stick for my companion’. He was fascinated by the geological origins of the Hills, and by the grinding graft of the miners, who would strip off their clothes and crawl into cramped, four-foot high pits to scratch out pitifully thin seams of ‘inferior and impure’ coal.

Most interestingly, though, in Forty Years in a Moorland Parish (1891) he tells a story recounted by a friend of his who, in his younger years, was once working in the fields up near the head of the dale. From a distance, this farmer spotted a woman called Hannah – with a bit of an oddball reputation – wandering around that remote place clutching a ‘gully’ or kitchen knife. To start with, he was concerned she might be planning to do away with herself, but having convinced himself that probably wasn’t the case, he put her out of mind and went on with his work. Later in the day, he encountered her once more, in the process of taking a very circuitous route back to her cottage. When pressed, she explained shyly that she’d been looking for ‘witch-wood’ to protect her household against the local crones*. Even back then, this was a bit quaint, and she went on to explain the particulars of the ritual, recounted here in Atkinson’s own words:

‘To be effectual, the requisite pieces of rowan tree […] must not only be cut on St. Helen’s day, but, in order to be quite fully efficacious, they must be cut with a household knife : they must be cut, moreover, from a tree which not only the cutter had never seen before, but of the very existence of which he must have had no previous knowledge or suspicion ; and that, on the tree having been found in this blindfold sort of way, and the requisite bough or boughs having been severed and secured, they must be carried home by any way save that by which the obtainer of them had gone forth on his quest.’

While the superstitions might have died out, I was intrigued to see that the descendants of those rowan trees are still there in Fryup Head more than 150 years later, clinging to the moor as it falls away into the dale. In fact there are loads of them, some quite gnarly, and I fancy old Hannah might have had at least some previous knowledge of the valuable resources hidden away in such an out-of-the-way spot, whatever she claimed. I daresay no-one has cut witch-wood there for well over a century, but if you ever find yourself suspecting that the old dear next door is transforming herself into a hare and suckling the milk out of your dairy cows after dark… well, you know what to do. 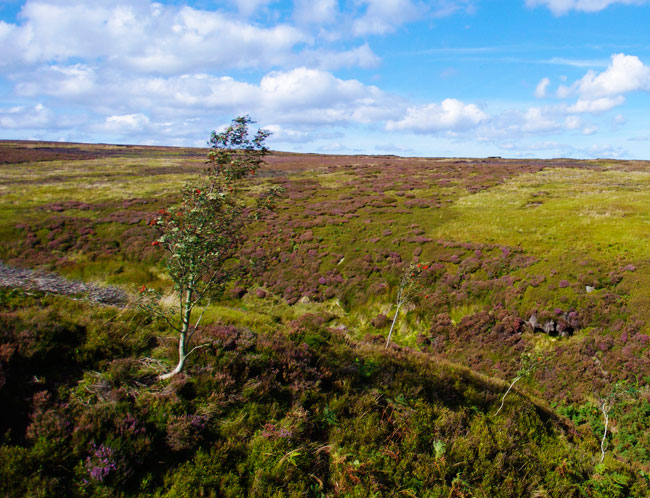 *What she actually said was ‘Wheea, I was nobbut lating my witch-wood’, which I think you’ll agree is much better than the translation.