Smartly dressed from the ankles upwards, the staff at supper wore a mixture of sports sandals, trainers and heavy shoes with Velcro over the tops. It was rather charming the way that on the first evening or two they filled up the water glass opposite me. After that they removed the extra place and just said hello indulgently when they passed. Not that I was ever short of diversions. Aside from my book and notepad, on the third night fate delivered me excellent entertainment in the form of an English couple at the next table. The man, a thin, fellow with glasses and a rather red nose, did almost all the talking. He used only commas, no full stops.

‘I’m quite abstemious at breakfast buffets’, ran one stream of mon-versation. ‘The way to deal with it is to approach it from a variety of set routes, I try only to take only from one side of the counter on each morning, and I can make it last for days.’ Later in the meal he took control of his wife’s camera to get a photo of her as she smiled benignly over her baked salmon.
‘Oh no,’ he said, deadpan, ‘That’s a terrible one, you’ve got the settings all wrong, I’ll turn the flash off.’ Brilliant. I wonder what would happen if I were to tell a girl I thought she’d look better in the dark.

As I mentioned before, the population of the Midnatsol was made up largely of older couples, and it was an interesting habitat in which to study them. Where couples in their twenties are more often than not tedious to spend time around, those who have been together for a very long time are fascinating. This lot didn’t seem to talk so much as sort of sporadically argue in a benign fashion, without a shred of hostility. I heard couples bickering over how many waiting staff there were in the restaurant; the correct way to walk down an icy slope (as it happened, the suspected lesbian couple mentioned before had by far the best idea, sliding down on their trouser seats); whether dinner was worth the money, or the respective benefits of a train or bus to Oslo.

I realise this makes me sound cynical, but I’m not at all. There was a kind of equilibrium to the whole thing that was strangely lovely. One of those mysteries that only people who have experienced it can ever understand, I suppose.

I half wished I could make out what everyone else around me was saying, restricted as I was to the English contingent. I spoke only two words of Norwegian and not much more German, and the only time I sat near any French people they had acquired a slice of carrot cake, which they proceeded to ridicule, before deciding it was almost certainly English. I could not have fabricated such a pleasing incident.

It occurred to me that, like a natural sociopath, I was even after a few days getting far too comfortable watching my fellow passengers like woodlice in jam jars. 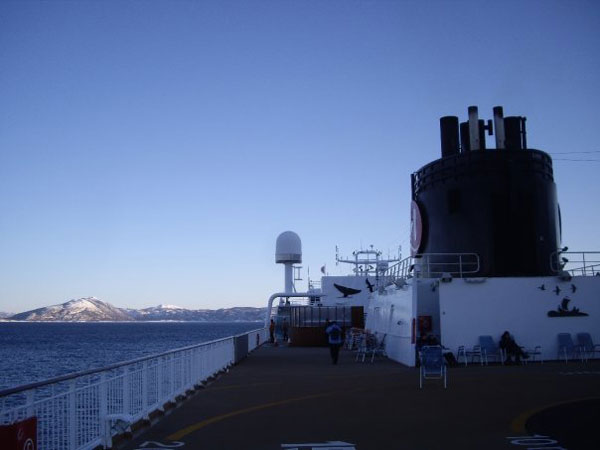