Round about this time six years ago, I was packing for a reasonably long adventure up in arctic Norway. I’d sorted all my performance gear – the down jackets, fleeces, merino base layers, wicking mid-layers etc – when I noticed that whenever you see pictures of Scandinavians, they always seem to be wearing thick woolly jumpers. And surely they should know best, after all.

I suppose I should have got hold of one of those Christmassy Norwegian ones in reds and whites, or maybe a Sarah Lund-style Faroese effort, but somehow on such a long trip I felt like I should wear my nationality on my sleeve a bit more, quite literally in this case. So I bought a heavy woollen guernsey, and barely took it off for the next two and a half months. It may well have been the best purchase I made that year.

For years I called it a gansey, thinking that one word/garment was simply a Yorkshire variant of the other, until someone informed me that they were two different things. Since then, I’ve acquired a gansey too (my arsenal of knitwear is second to none), and I have a feeling they may have been right.

In the unlikely event that you haven’t come across one before, a guernsey is a traditional, British fisherman’s jumper, originating supposedly from the island of the same name. They’re deliciously warm, even when they get damp, while the oiled wool and tight knit give them a degree of water-resistance. As a functional garment, they’re usually cut long, with gussets under the arms for free movement.

The one I took to Norway is from the Guernsey Knitwear Company, and these days they sell for around £75, which I reckon represents excellent value for such a warm and tough piece of kit (even when you discover that you have to pay tax on top to get them back to the mainland). 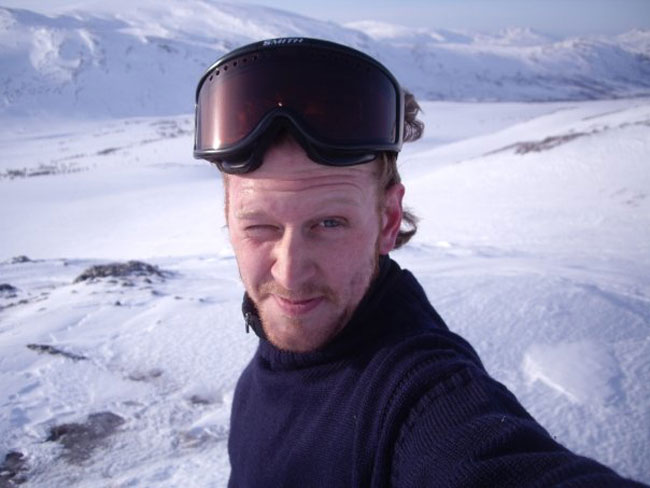 A lot of sources (including Wikipedia) take the line that guernseys and ganseys are one and the same, but I’m not so sure. Like its Channel Islands counterpart, the gansey is a fisherman’s jumper, often of navy blue, but even for someone who’s no expert in the matter, there seem to be a few differences.

1. Most guernseys I’ve seen have seams, while ganseys don’t. Modern guernseys, or at least the ones I’ve come across, are machine-made then hand-finished. The gansey, meanwhile, is knitted in one piece, by hand, using double-ended steel needles, and each one can take several weeks to make.

2. The patterns on ganseys appear to be much more intricate. In the old days they were knitted by mothers and lovers, and there’s a legend that the home port of drowned seamen could be determined by the design of their gansey. Myth or not, it’s true that many ganseys have distinctive and varied patterns (many of them quite possibly modern). For example, I have one of a Whitby-themed design, which features stylised representations of the 199 steps, along with more common motifs of ropes and rigging.

3. Much of the craft surrounding ganseys allegedly originated in Scotland. As thousands of Scottish ‘herring girls’ followed the shoals down the east coast, they passed on their skills and designs to the natives along the way. I’ve also seen a book on Dutch ganseys, and it’s not inconceivable that there could have been some cross-pollination there too.

I also don’t think ‘gansey’ is a corruption of ‘guernsey’. If you go to Norway, a traditional woollen jumper is called a ‘genser’, and I’d suggest that in a part of the country with such strong historic and linguistic links to Scandinavia, this is probably a more likely root for the word.

My gansey is from Bobbins, in Whitby, and it cost £180 when I bought it. Which sounds expensive, until you remember that a lady spent four weeks knitting it to my specifications, at which point it starts to seem much more reasonable. I ordered mine with longer arms for my orangutan physique, a slightly higher neck to keep the wind out, and the pattern running full-length, rather than the usual Whitby design that finishes at the breastbone and leaves the bottom half plain. (Which looks grand if you’ve a bit of a belly, but for more whippety fellows it’s nicer to keep it fitted round the middle.) 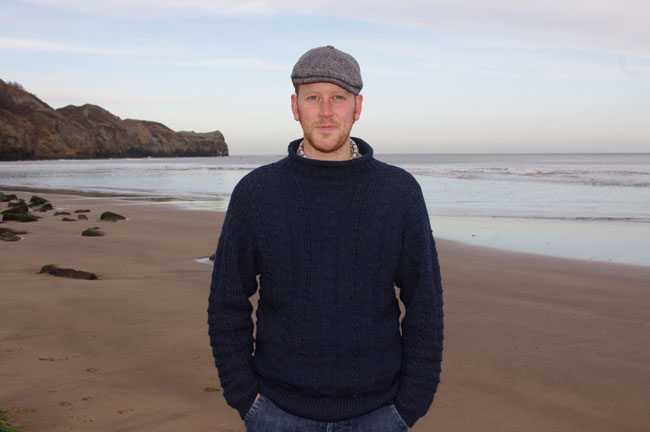 I reckon it’s impossible to try and attribute such a widespread traditional garment to a single point of origin, whether that be Guernsey, Scotland or wherever. In the modern era though, the guernseys you appear to be able to get from Guernsey are quite a different product from the ganseys I’ve found being produced in this part of the world. Both are grand pieces of kit, and you should acquire one if you haven’t already, but which one will depend on your budget and other preferences. My guernsey is more weatherproof and hard-wearing, but my gansey is more beautiful and comfortable.

Whichever you go for, if in doubt, just call it a jumper. 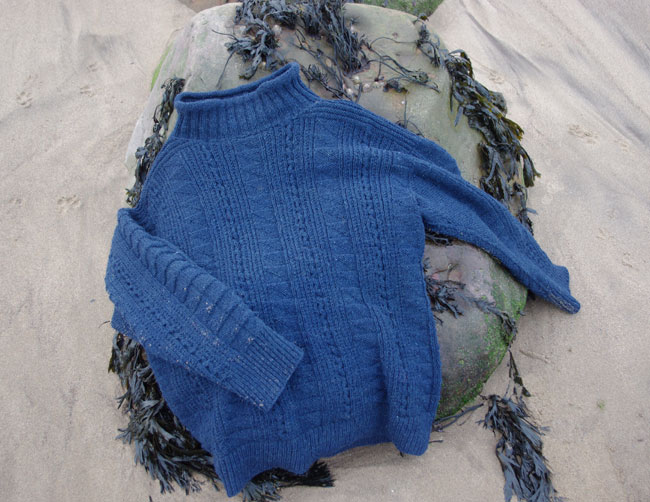