Last week, while I was flicking through Håkan Ludwigson’s photography book Balls and Bulldust, trying to decide on a favourite picture for my coffee table books blog, I noticed that a lot of the stockmen in his pictures wore belts customised with an integral pouch for their pocket knife.

Speaking as a fellow who usually keeps a penknife about his person, but who is always looking for a way to have less crap in his pockets, it seemed like rather a fine idea, so I set about creating one of my own.

Clearly, my requirements are slightly different to those of a bunch of outback cattlemen. To start with, they were all toting fairly chunky penknives of the classic, three-bladed ‘stockman’ design.

In my own everyday life, however, I don’t spend a lot of time castrating beasts. I use my pocket knife for tasks like sharpening pencils, eating apples, cutting twine or tape, opening envelopes and parcels, paring lemon rind for drinks, whittling, harvesting garden morsels for my pet tortoise, and any one of a thousand minor tasks. I don’t need several blades, and I also have questions of legality to consider. Anything I carry has to be non-locking and with a blade less than three inches (which is all you need anyway unless you’re out camping).

I reckoned on a slim profile being more comfortable, practical and subtle on a belt, so I decided to make one to fit a Douk Douk Tiki petit. If you’re not familiar with these exotic-sounding objects then they’re a bit of an icon of French mass-produced knife-making, especially popular in North Africa in the mid-20th century. I thought they’d stopped making them years ago, but then I came across one in a shop in Guisborough, of all places. Apparently Cognet, the firm that produces them, is still going, turning out simple and inexpensive but robust slip-joint folders, with oddly characterful Turkish clip points and Pacific designs on the blade or handle. The knives have a good strong back-spring, and with very little work you can put a razor edge on them. Plus when they’re closed, the handle end is square enough to make a serviceable bottle opener, which is always useful.

I ordered a wide strip of belt leather and some dark brown leather stain from a tannery in Northampton, and a rolling buckle, some brown thread and a little bag of Sam Browne studs from an online leather craft store. Apart from that, I already had the tools I needed, which meant my full list of bits and bobs was as follows:

And there you go. As a first attempt, it’s far from perfect, but it was a diverting enough way to spend a Sunday lunchtime. 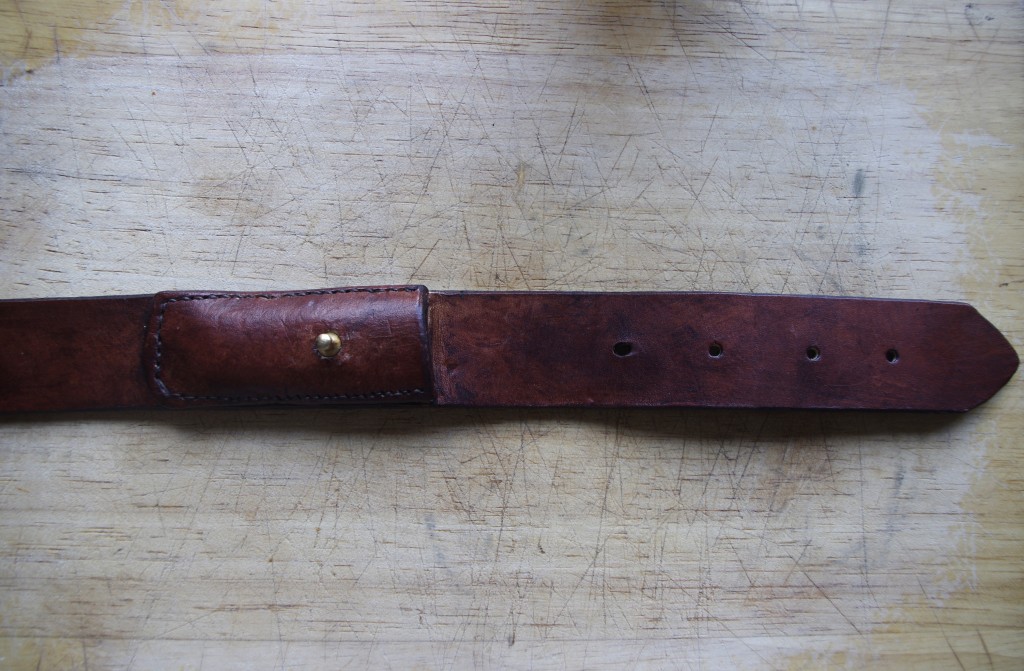 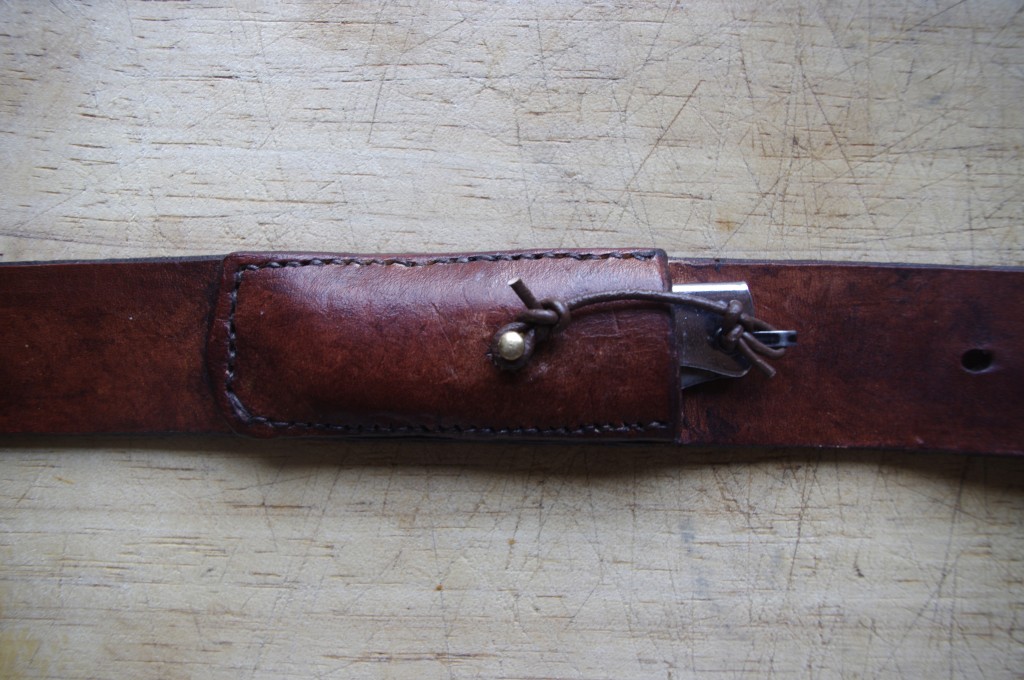 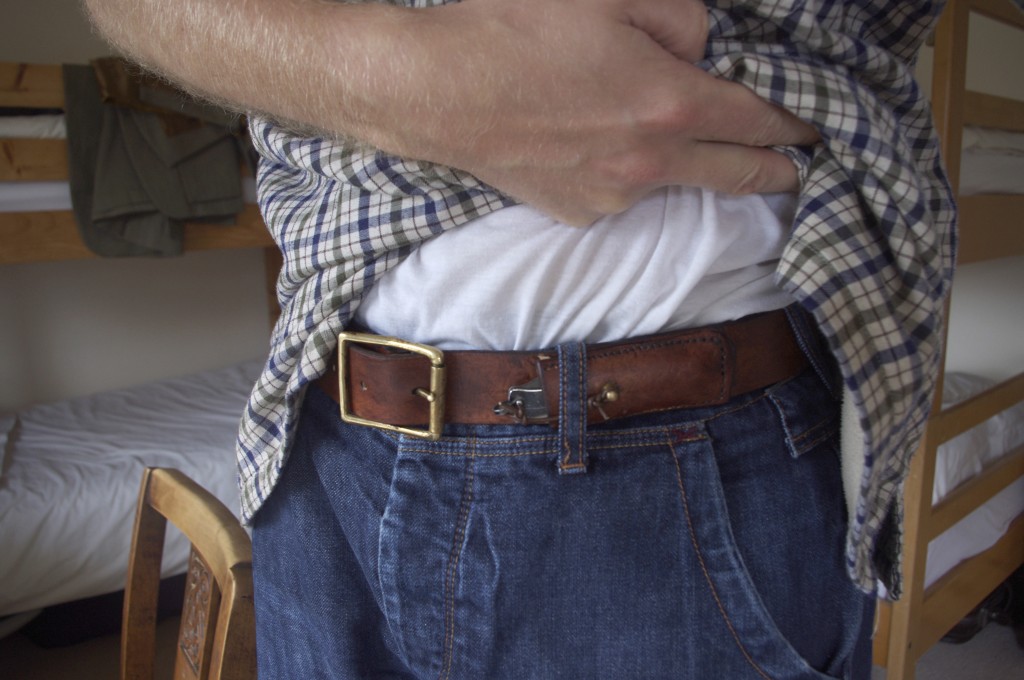 *This is not absolutely true.