Last Friday, as most of the world was going about its more important business, I was sat in a restaurant on the outskirts of Kyoto eating candied crickets, bee larvae and bear meat stew.

I’ve just got back from a couple of weeks visiting my old mate C, who moved to Japan in 2011. I’ve had an open invitation ever since he got there, so of course I waited seven years until he had a wife and a one-year-old daughter. The odd thing is that Japan’s the sort of place I might never have got round to visiting without a friend to tempt me over, which is absurd because it is an absolute delight.

As with my trip to Moscow back in May, I properly cashed in on having tame locals to show me around. Even better, C’s wife and in-laws went all-out to show me a grand time, and within hours of stumbling off the plane they had me hopping between poky little izakayas in the slender, neon-lit back-alleys of Osaka. I was offered four different places to stay, was fed extensively, and my sake cup didn’t run dry for a fortnight.

In general, friendliness and helpfulness were recurring features of my trip. The country has this reputation for being very formal – and I’m sure for Japanese people it often is – but as a big ginger gaijin I found folk were generally quite forgiving of my ignorance and keen to help me out.

Anyway, so as not to ramble too much, here are a few of my favourite things about Japan. I’m not going to mention the food, because that one is taken as read. (It really is very good.) 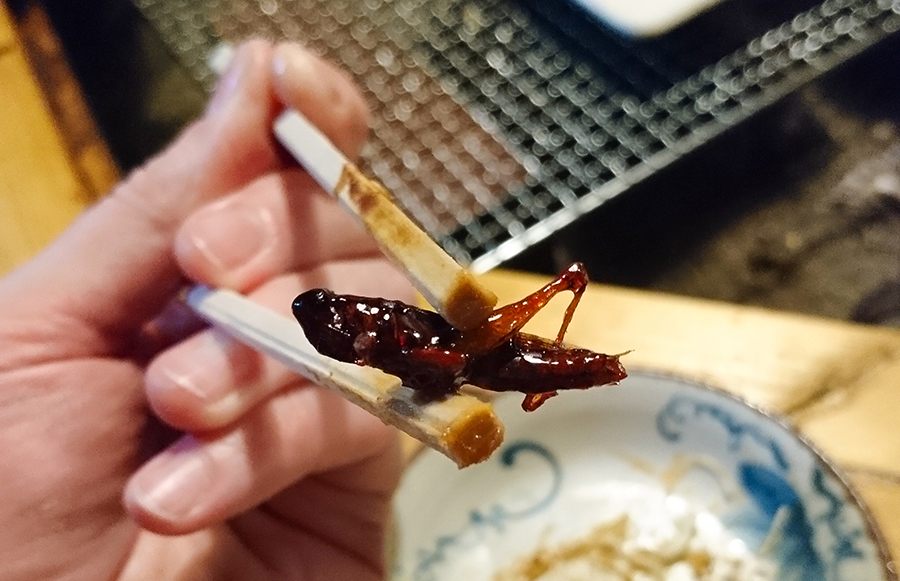 Imagine a place where having a tiny tattoo of a bird on your chest is the height of obscenity, but reading smutty comics in plain sight on public transport is perfectly fine. A place where conventions of etiquette and politeness abound, yet blue-suited salarymen slumber peacefully in the gutter after a banging night out on the old nihonshu, and the commuter trains have women-only carriages to keep Mr Tickle hands at bay.

Come nightfall, sleek, twinkling skyscrapers tower over warrens of little alleyways full of miniscule bars and eateries that smell of grease and gas burners. Sometimes the bars and restaurants are hidden within the skyscrapers themselves. People use fingerprint access to get into their flats, but then they carry big wads of cash because nowhere takes cards.

To an outsider, everything in Japan appears like this – an unlikely anachronism of seemingly contradictory things existing in perfect balance. I wonder, does British life seem this way to Japanese people? 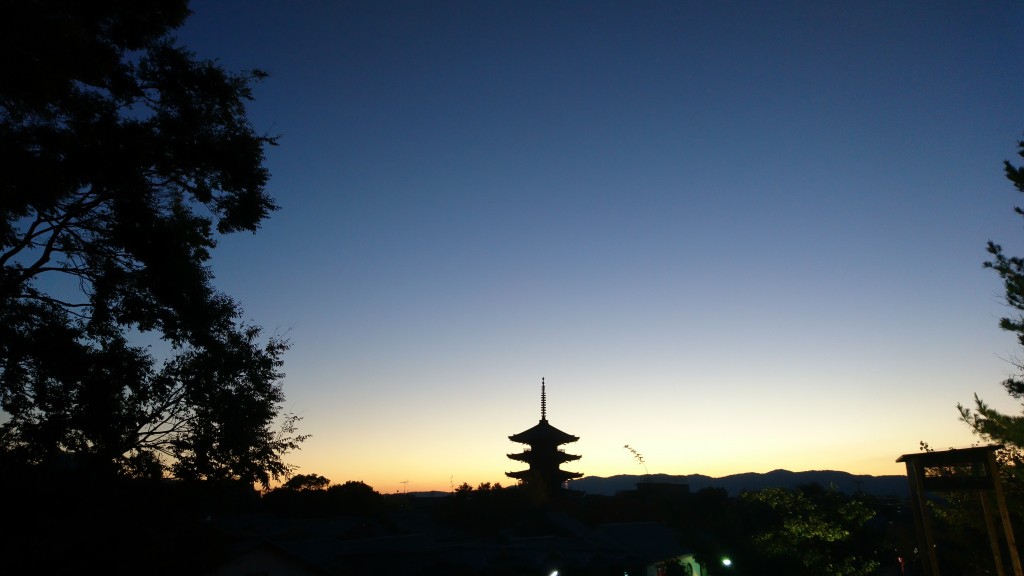 Every friend I spoke to had a totally different notion of what you mustn’t miss when you go to Japan. For some it was outré Tokyo districts like Harajuku and Akihabara (where I passed a girl dressed in a Pikachu outfit with a live owl on her shoulder, and to my great regret neglected to find out what she was selling); for one mate, it was his favourite meiji shrine, while another sent me to a place called ‘Piss Alley’, lined with lanterns and smoky yakitori stalls grilling skewered chicken guts.

However, one old university friend who’s spent a good deal of time in Japan called me up before I went and spent the better part of an hour telling me all her favourite things. She reckoned I ought to find my way into the mountains for a bit, so I did, and she was right. On her advice, I snooped round the shrines above Nagano (more of that below) and spent a couple of days in the laid-back hill city of Takayama, where the timbered old town is full of sake breweries and the river by the morning market ripples orange with shoals of goldfish.

One morning, I took a bus two hours into the Japanese Alps, where I switched my fedora for a flat cap, turned my collar up, and took the Shinhotaka ropeway up above the snow line. I watched one of my fellow passengers tramp off along the trail with his expedition pack and ice axe, and I pined for my proper winter gear. That night I stayed in a remote hot spring inn, where I navigated a 7-course traditional ‘kaiseki’ meal of mostly unidentifiable things, then snuck out in the dead of night for a solitary soak in the geothermal pools. 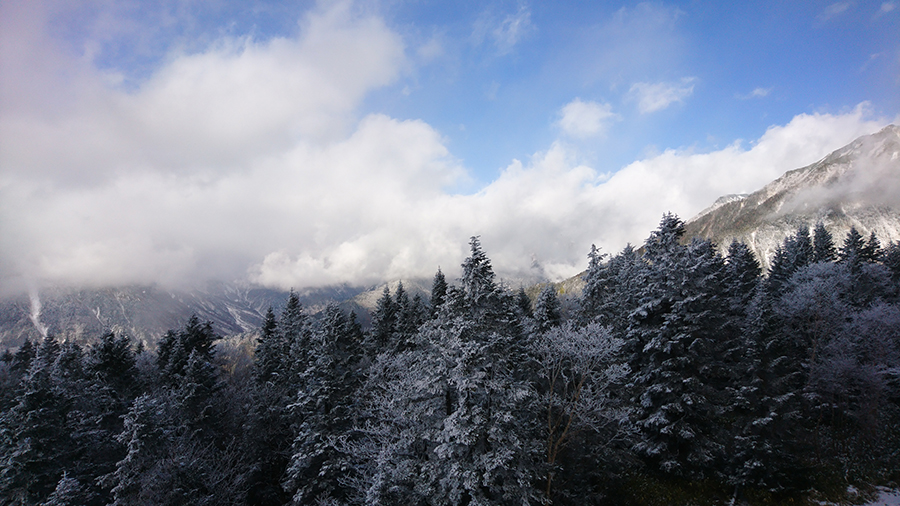 On any good trip, you have to try and visit somewhere that’s not particularly easy to get to. When I went to Australia some years ago it was a mining town called Broken Hill – a pin-prick in a sea of flat, red desert. Doesn’t really matter what you find there, since it’s the getting to the place that’s the fun bit.

In Japan, it was the Togakushi Ninja Museum – another recommendation from my well-travelled university friend. There was a large shed full of farming tools; a hall with wicked-looking weapons and black-and-white pictures of masked men in pyjamas climbing things; an icy fairground stall where you could throw four blunt throwing stars at a target in an attempt to win a fan, and the crowning glory – a trick house with hidden doors, secret passages and diagonal rooms. I got stuck halfway round for ages until in my despondency I sat down on the floor next to a Buddha and accidentally opened up a hole in the wall.

While the museum was entertaining enough, getting there required staying in a nice retro hotel in the understated mountain city of Nagano – famously home to the 1998 Winter Olympics. To get up to Togakushi, you had to take a bus up into the mountains through tough little farming communities and (frequently dilapidated) Olympic-era resorts, past empty shooting ranges and ski lifts. Togakushi is most famous for its series of shrines, and after I’d concluded my business at the ninja museum I walked 20 minutes up into the woods along a majestic cedar-lined trail to the beautiful, mossy shrine of Togakushi-Okusha. It was a bit magical, and it all goes to show that you never know what you’ll come across when you set out on a silly mission. 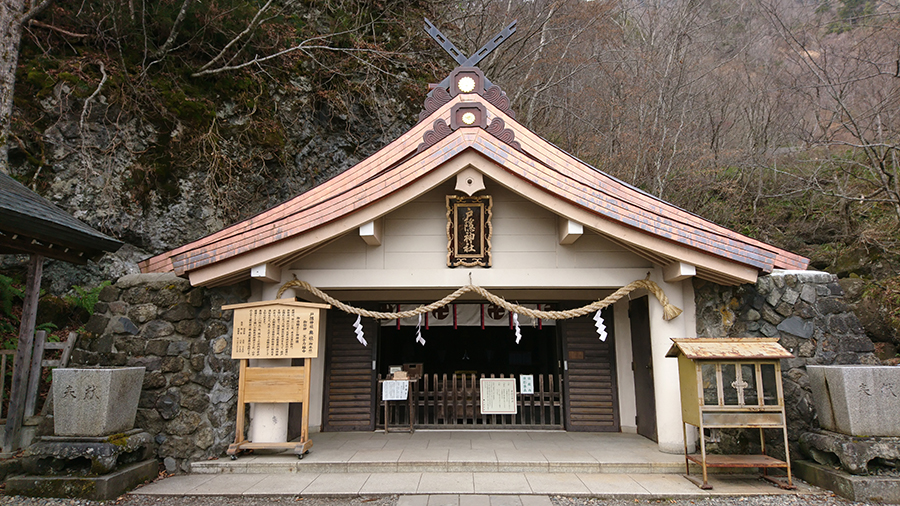 You can traipse round temples ad infinitum, but some of them can be oppressively crowded, and my very favourites were the more remote ones high on the hilltops that took a bit of getting to. One morning, after an evening celebrating C’s birthday with Kobe beef and sake tasting at his in-laws’ house, we bundled in the car and set out for the temple complex of Mt Shosha – best known as one of the filming locations for Tom Cruise’s historical epic, The Last Samurai. If you haven’t seen it, it’s sort of like Dances with Wolves, but in Japan. An American emerges as the saviour of old-world Japanese culture, which is perhaps not exactly how it went down in real life.

Mt Shosha is a forested hill just outside the city of Himeji, with a ropeway reaching up the side. Once you’re up there, quiet woodland paths connect up a network of ancient temples and shrines. It was ‘koyo’ season – where Japan’s groves of maple trees turn brilliant red – and we trod the old wooden temple walkways in our socks and picnicked off cold pizza and bottles of green tea among the leaves. 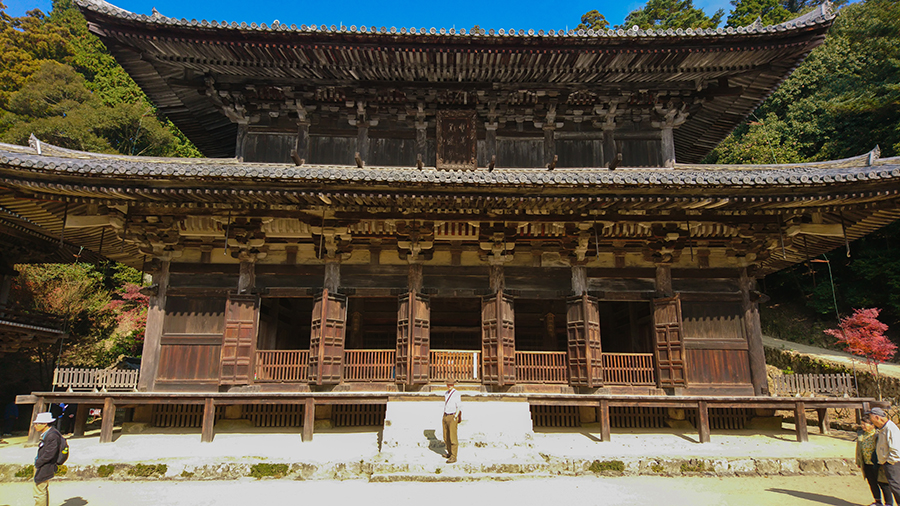 Later that week, we set off early one day to walk up to the famous complex on Mt Koya, one of Japan’s holiest sites. We got off a rickety old boneshaker of a train in the middle of nowhere, and spent the day climbing through persimmon groves and old-growth forests, following weathered stone pilgrim pillars until we emerged at the hulking Daimon Gate. Behind it lies what is essentially a small town, full of monasteries, academic institutions, temples, and Japan’s equivalent of Paris’s Pére Lachaise – the Okunoin Cemetery. 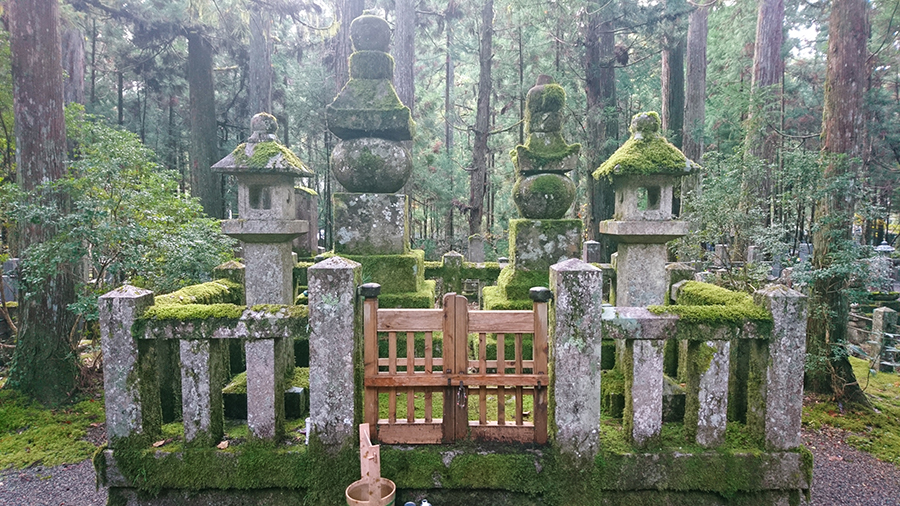 C had booked us in to stay in a monastery (notorious, in fact, for a shirty priest who likes to abuse whingeing tourists on review sites). We roamed the village in the pouring rain, ate grilled meats and rice bowls in a poky little izakaya full of monks drinking highballs, and got up at 7am to go to the morning prayers. Sprinkled some incense on a burner, made a wish, the usual. I seemed to make quite a lot of wishes while I was in Japan, so we’ll have to see if any of them come good.

I suppose really, though, what more is there to wish for than quality time with an old mate and his family, and a raft of quickfire adventures in a totally unfamiliar country? I travelled fast and packed a lot in, but I still feel like I only really got a tiny taste of Japan. I’d love another bite sometime. 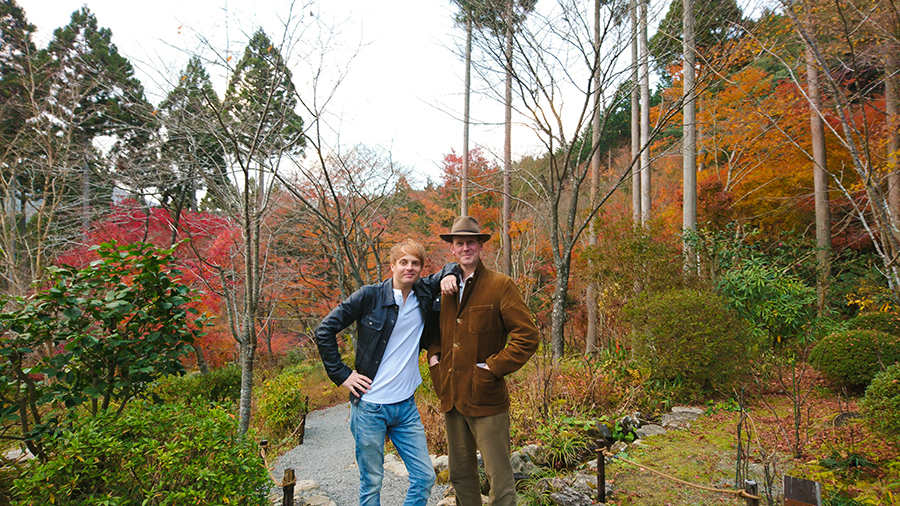