Last week, I journeyed to the south of our great nation, further south, in fact, than I have ever journeyed domestically. I was on a reporting job with David Tett in a little village near Newquay, which for a Yorkshireman like me is just about at the end of the earth.

Newquay itself, though apparently packed to the rafters in high season, was almost completely deserted, with the shops all shut up for the winter, the bedraggled palm trees that lined the station drooping in the drizzle, and the only two hubs of activity a thin line of hardy surfers out in the bay and a quiet gaggle of older residents watching BBC News 24 in Wetherspoon’s. The job took us ‘til fairly late in the evening, and when we left on the last train out of town, which departed at a modest 9.25pm, it was a single carriage, and we were the only people on it.

I’d considered staying over in Newquay, but we’d already spent the better part of a day getting there, and to lose two working days to travel seemed a bit of a pain. Besides, there was a better option. Having always believed that the only remaining sleeper service in the UK was the Caledonian Sleeper, I was delighted to discover that there is another which runs from Penzance to Paddington, the magnificently-named yet oddly reasonably-priced Night Riviera.

Dave and I picked it up in a place called Par, where we were the only people on the station. We had about an hour to wait until the train arrived round 11pm, and we drifted up and down the tumbleweed platform in the cold, drinking little bottles of French lager that we’d stocked up on in the Newquay Aldi’s. Given our experiences of British trains, expectations were naturally pretty low, but it had been a long day, and all we really needed was a place to fall asleep. Turned out we had misjudged the Night Riviera.

When the train did coast grandly into the station out of the darkness, lacking only a hiss of steam and perhaps the whistle of an engine to transport it to the era of romance and espionage, the guard was already leaning out of the window and waving to us. He was terribly friendly, and after leading us to a small, clean compartment, complete with neatly turned-down bunks, a concealed sink, towels and little bags of toiletries, he proceeded, to our surprise, to ask what time we would like our wake-up call in the morning, and what sort of breakfast we would like him to bring us (bacon rolls and coffee all round). He directed us towards the bar (open all night, what a dream) and informed us with a grin that ‘washing in the morning is compulsory, and we do check behind your ears’.

Sitting with tins of beer and complimentary crisps in the smart bar carriage, we watched sleepily as the empty platforms came and went, eventually turning in for a restful night in our little bunks. As the train rumbled on into the night, the grim commuter wagons which infest daily life might have been a distant memory from a foreign land.

Oh, and the bogs are real porcelain too. It’s always the little things. 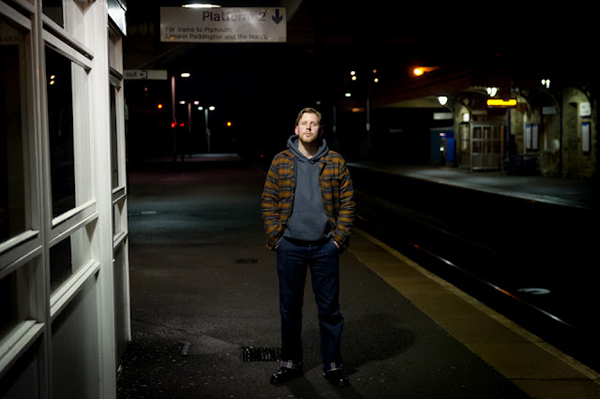