It’s always difficult to pick a favourite comic book character, assuming you are the kind of unabashed escapist who reads the things.

Shades of moral grey seem to be a recurring theme among my own preferences. Proinsias Cassidy, Gambit, Agent V, Frank Castle and of course John Constantine are all up there, along with Spider Jerusalem.

Spider, and the Transmetropolitan series (by Warren Ellis/Darick Robertson) of which he is the central character, are what happens when you let writers and artists loose in an unencumbered universe of their own devising, something less common than you might expect, given that a lot of the money in comics is in existing franchises.

Scowling at the skyline of a dystopian future city sprawl, Spider is an unrelenting investigative journalist, perpetually smashed on various uppers, chain smoking and watching fifteen newsfeeds at once, chasing down stories of anything from alien body modders and tech fetishists to corruption and hypocrisy at the highest levels of government. He despises the whole world around him, to the point where ‘I hate it here’ is as close to a tagline as the series has.

Clearly there is a heavy debt to Hunter S Thompson (cut with the more self-destructive aspects of Sherlock Holmes), and Spider is sort of Gonzo journalism taken to its conclusion. The madness more controlled and the misanthropy magnified. I still maintain that the world of journalism needs credible crazies willing to tear down even the things that they secretly approve of, if that’s where the information points. There’s even a sort of moral purity in it. Given the opportunity to support a presidential rival to his own personal worst enemy, Spider finds himself destroying the rival instead of the hated incumbent, just because of the facts that come into his hands. His job is to inform, not to remedy.

Of course it doesn’t always work. Things backfire and Spider’s own celebrity means that his own rage sometimes eclipses the story. He exists permanently on the point of existential crisis, but then life is like that – what works in theory doesn’t always work in practice. Never was a truer word written than in a brightly-coloured picture book. 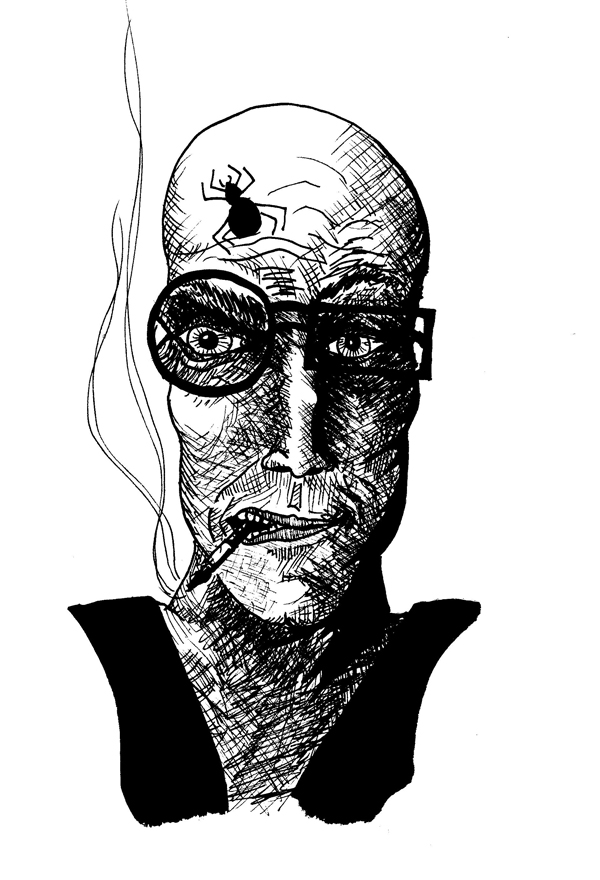