A while ago, I was reading a fun article by Jeremy Anderberg on temporal landmarks, the basic idea being that there are ‘certain dates that naturally inspire us to turn over a new leaf’. Birthdays, for example, or New Year, or even just the beginning of the month. For the teachers I know, new terms, school years and holidays seem to be helpful punctuation, and I quite like Anna Hart’s idea of a post-summer reboot, since my life is always a bit of a shambles by the time I get to September.

For me, Easter is quite a big one. Churchgoing is something I’ve drifted back into as life has evolved, but even before I got into the habit of frequenting the pews on a Sunday morning, I still used to try and get to church on Easter Sunday. There’s something enormously compelling about the feelings of absolution and optimism around Easter, and while everyone takes different things away from the experience, for my part I think it’s quite uplifting to be in a room full of people all thinking about how they’ve fallen short of being their best selves over the previous year, accepting that they’re almost certainly going to do the same thing over the coming one, and enjoying the sensation of having a clean slate as they clutch at the ambition to be just a little bit better.

I imagine comparatively few of my fellows believe that they are literally washed clean of all their transgressions on an arbitrary Sunday morning somewhere around the spring equinox, but it’s the symbolism that’s important. A reset button means you’re not beaten before you’ve got started. I become increasingly convinced that living the kind of life you want is about ongoing incremental shifts as well as occasional upheavals, and I’ve always found smaller changes to be much harder to go through with than the almighty bridge-burnings. 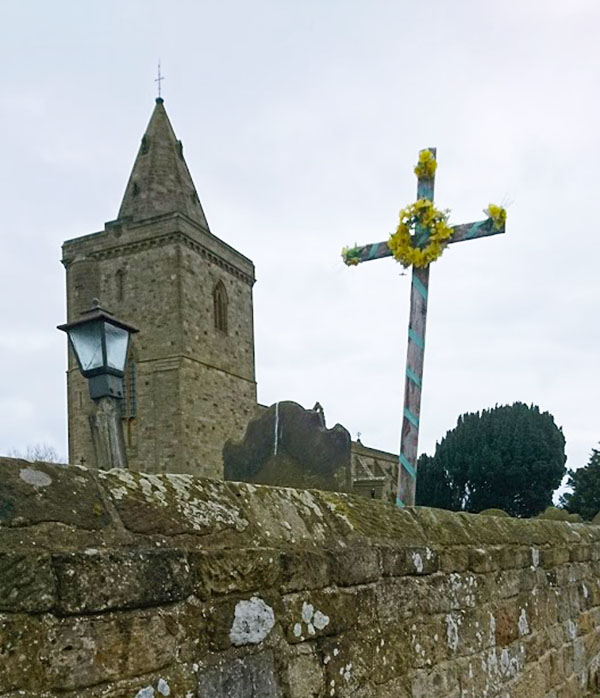 This year, the Easter holidays have been a reset button in other ways. The past fortnight’s been uncommonly full of opportunities for quality time with the best of people – long, dinners with my mum and stepfather; lazy afternoons putting the world to rights with old schoolfriends, and tramps in the woods with buddies I made on South American adventures 15 years ago. I drove an hour and a half each way to meet a mate’s new baby daughter in a pub somewhere off the A19, took my 17-year-old French cousin to a Kris Drever gig, and stayed up ‘til 4am one night plotting with my brother over bottles of home brew. Solitude and companionship have both been essential parts of my adult life, but it’s been confirming and energising to have a glut of the latter.

So yes, Easter’s been especially fine this year for a variety of reasons, and I hope yours has too.