The other week I was reading My Friend the Mercenary by James Brabazon.

It’s actually a very well-written and intelligent book about the practical and moral complexities of war reportage (particularly freelance stuff), the often hurrendous state of West African conflict and politics, the consequences of gung-ho post-colonial meddling, and the essential problems of trying to fit people into two categories of either good or bad.

As a narrator, Brabazon often isn’t particularly likeable, and he makes some howling misjudgements along the way, but it’s actually rather refreshing that he hasn’t finessed his own character. His honesty, vulnerability and human capacity for mistakes mean that you end up trusting his story.

Unfortunately, I suspect that whoever commissioned the paperback cover didn’t actually read the book. Not sure a massive shiny picture of an AK-47 and a quote from Andy McNab really lend it the credibility that Brabazon was angling for. 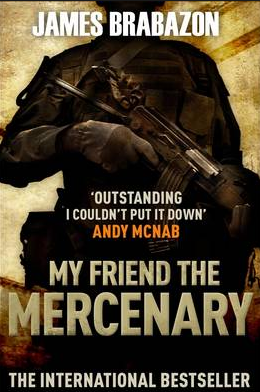