I think it is probably unlikely that I will ever spend another May Bank Holiday Monday afternoon searching suburbia for an escaped parrot.

The weekend was a diverting mix of camaraderie and farce, and highlights involved:

As we drove back to do a bit of gardening, we spotted a little girl pottering up the street, clutching one of the flyers and peering hopefully up into the trees. Presumably the local children will be continuing the search for at least the rest of the week. 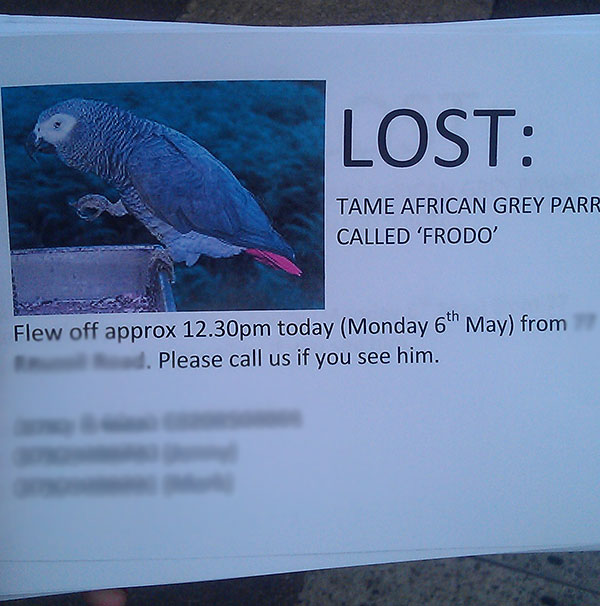