My girlfriend, E, lives in Buckhurst Hill, a couple of stops from the north-eastern end of the Central Line. It is comfortable and leafy suburbia, with an unmistakeable dash of Essex.

Life in the ‘Buckhurst Hill bubble’, however, is apparently not without event. 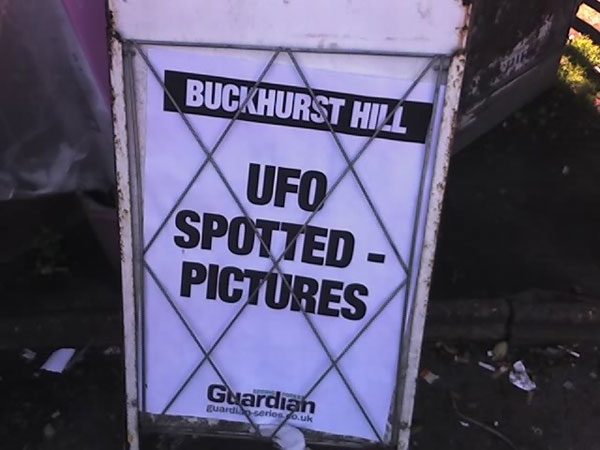 A quick google reveals that this is not the first time ET has visited this unassuming town. By now there is probably a colony of tiny green men concealed in the gents’ bogs at the Harvester and a giant cockroach living under the Queen’s Road Waitrose. And that’s not to mention those aliens walking among us disguised as humans, though some of the less convincing of these have already made themselves highly conspicuous through their appearances on local reality soap The Only Way is Essex.