How quickly hobbies get out of hand. I wrote in a previous blog about how a habit of cleaning and maintaining my rather extensive hat collection had led to an experiment in restoring a battered old 1950s trilby. But things have gone a bit further since then. 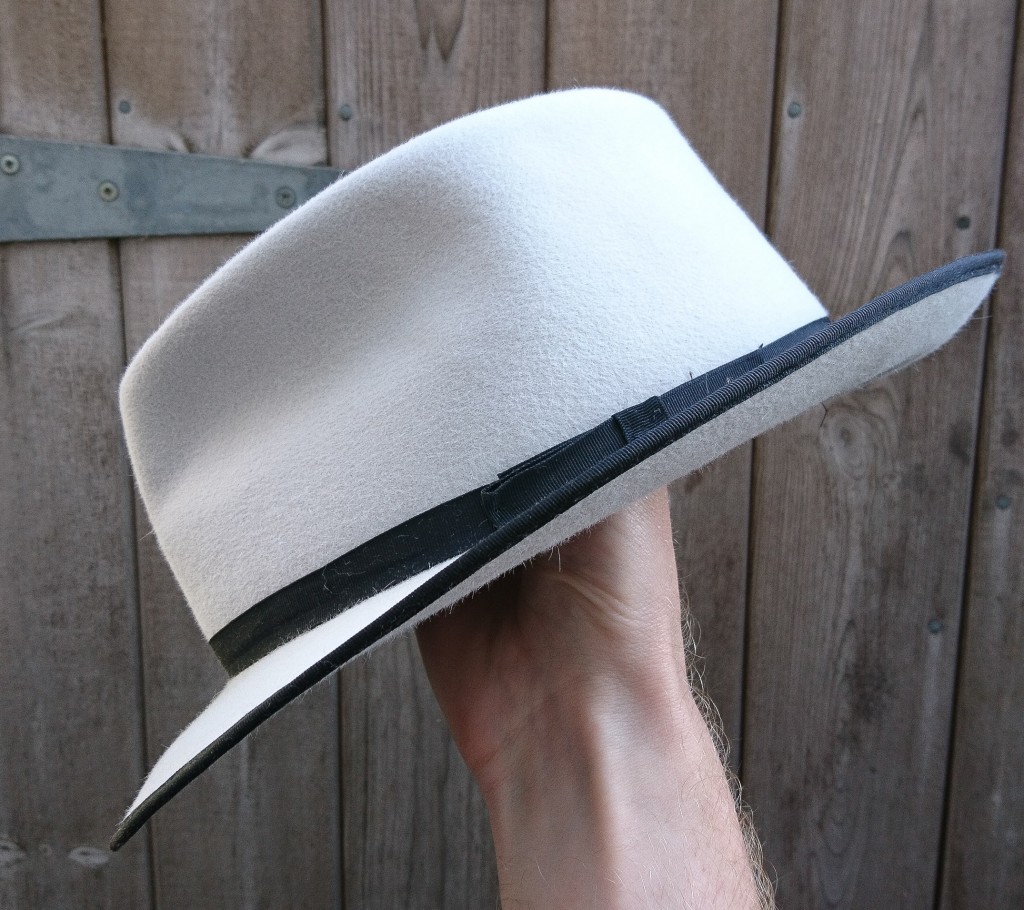 Having renovated an old hat, I thought it would be fun to learn how to make one too. I did quite a bit of reading around, watched endless (mostly unhelpful) videos on YouTube and skimmed a lot of (mostly very helpful) forum threads on the Fedora Lounge. One of the most useful sources – for me, at least – was an old US hatters’ manual called Scientific Hat Finishing and Renovation (Henry L Ermatinger, 1919). Apart from providing 160-odd pages of practical instruction, Ermatinger is also a consummate all-American entrepreneur, full of canny ways to make a quick buck and cautionary tales about mixing hatting and booze. ‘Your lady customers particularly’, he observes, ‘will be inclined to discontinue their patronage should you attempt to wait on them while under the influence of liquor.’

Suitably semi-informed, I ordered some tools from the very friendly Catherine and Owen at Guy Morse Brown. Hat blocks are expensive pieces of handmade kit, so I went for an open crown block, which is the most flexible sort. While some blocks are sculpted to give you a particular kind of crown shape, an open crown gives you a sort of bowler hat-shaped dome, which you can then mould into a centre dent, teardrop, diamond or whatever using fingers and steam. I also ordered a brim flange and some other odds and ends like blocking string, a runner-down, hatbands, a few felt hat bodies and some ribbon.

If you’re interested, this is how a felt hat starts out. 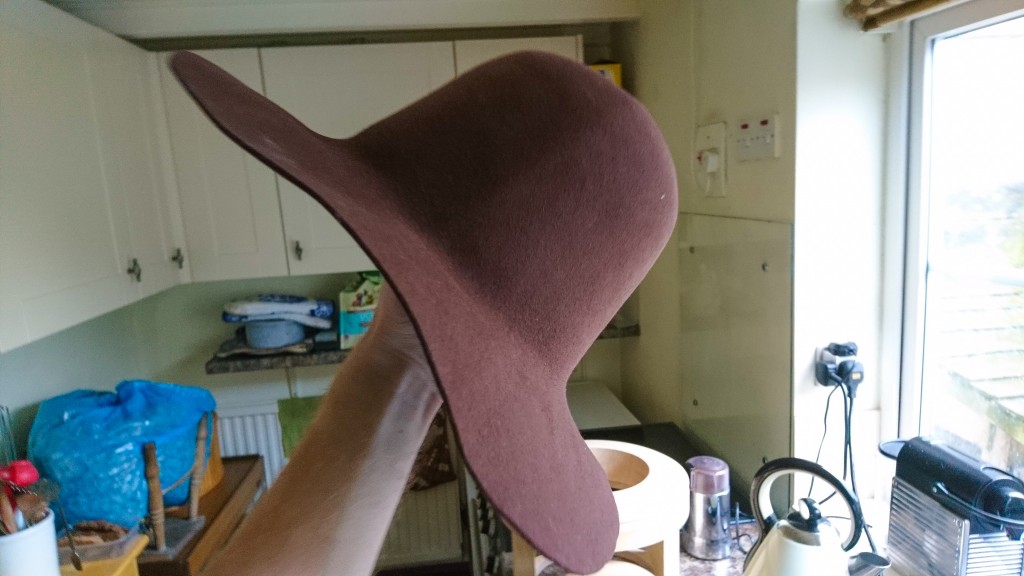 Since then, I have been experimenting and practising. There has been some very ropey workmanship, some steam burns and plenty of mishaps with needles. I still don’t really have all the right equipment – and I imagine the great London hatters do not trim their brims by gaffer-taping scalpels to household objects – but we all have to start somewhere, and my efforts are getting gradually better.

Below is a hat I made recently for Christian. He wanted a sort of 60s-style trilby with a narrow brim and ribbon, and since his head is fortunately a similar size to mine, I could rustle him one up. As a fellow who spends most of his time battering away at a keyboard, it’s nice to make something with your hands sometimes. 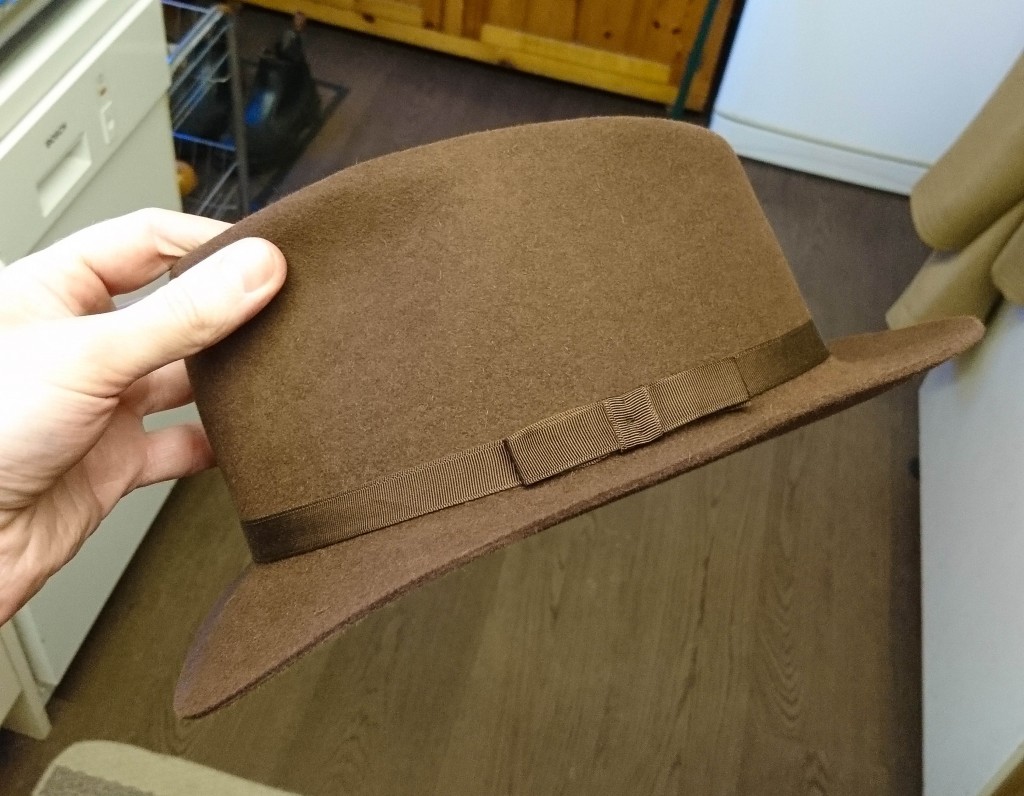