I’ve been meaning to post properly about this for a while, but a few weeks ago, I went with my old schoolmates D and T for a weekend walking the Norfolk Coast Path.

Pancake-flat, semi-aquatic coastal Norfolk is a rather alien landscape anyway to three blokes from Yorkshire, but more than that, we encountered it at an unusual time. Fortunately it was before the latest wave of flooding, but the area was still obviously recovering from that massive tidal surge that thumped the east coast late last year, and a US military helicopter crash a week or so before meant the old boys with their metal detectors were out combing the beaches in force.

Diversions on the path were unhelpful and badly signposted, and were the initial fly in the day’s ointment, until we started ignoring them. We followed a set pattern of being diverted to the next village by a main road, then finding the path again only to discover that it was cordoned off and you were supposed to go back to the road and continue on the tarmac to the next village. Had we followed the diversions, we would in fact have spent almost the entire day tramping along the verges of a 60mph road, but after the third diversion we climbed over the barrier and squelched along a muddy ridge for twenty minutes ’til we hit the wide, windy shingle beach just above Cley. At no point in our flagrant disregard for council signage did we encounter anything remotely dangerous, and I think the lesson to be learned is clear. 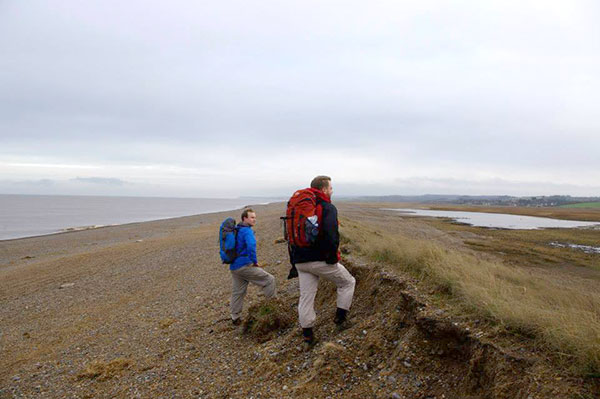 Elsewhere though, the storm damage was more obvious. Outside Blakeney the footpath had completely collapsed, and on the way into Morston from Stiffkey we came across a graveyard of smashed boats, all languishing wretchedly on the grass with little notices from the National Trust warning their owners to remove them. I wonder how many will? 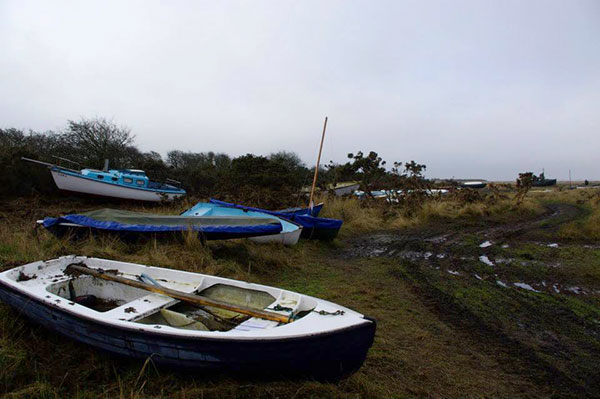 We didn’t take a lot of photos on the Sunday, partly because the bright skies of Saturday gave way to stiff winds and sideways rain, and also because as you approach Cromer, all the pretty views seem to have a caravan park in the middle of them.

Still, after drying out with a hot chocolate and a jacket potato in a Cromer caff and taking the bus back to our car at Stiffkey, I did manage to get a couple of pictures of the sun setting over the marshes. 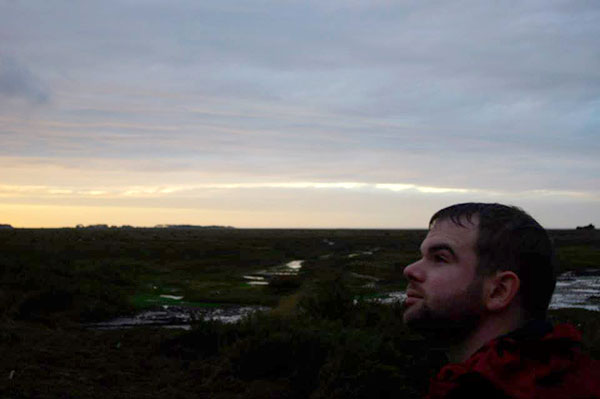 It’s these little adventures that give life its punctuation, and I always step off the train back in London on a Sunday night with aching legs and a yearning to start the weekend all over again. 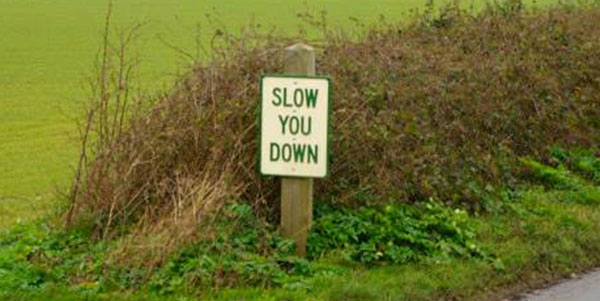