Last night, I went with three mates to an eclectic horror cinema event at the Institut Français in South Kensington.

It comprised of a screening of the great yet underrated comedy series, Garth Marenghi’s Darkplace, a Q&A with a couple of the actors (including the creator, Matthew Holness, who also showed a recent short film), a zombie disco in the bar (mainly tousled French girls dancing with Gallic abandon to Daft Punk), and a screening of the entire first season of French undead drama, The Returned. This last element went on until 6am, but with a full Sunday of freelancing ahead of me, I just watched the first episode then we slunk off round midnight.

There was also zombie costume theme, so with four of us to dress and little time to prepare, we decided we’d go as a firm of redneck zombie hunters. I quickly scribbled up a logo, bodged it together with a couple of nice free vintage fonts from the cyberweb (Airstream and Carnevalee Freakshow, if you’re interested), then we dashed up to Camden and got them hastily printed for the princely sum of £14 each at Big Teezar in the Stables Market.

Add some fake blood, stick-on tattoos and a 28p dust mask and voila. 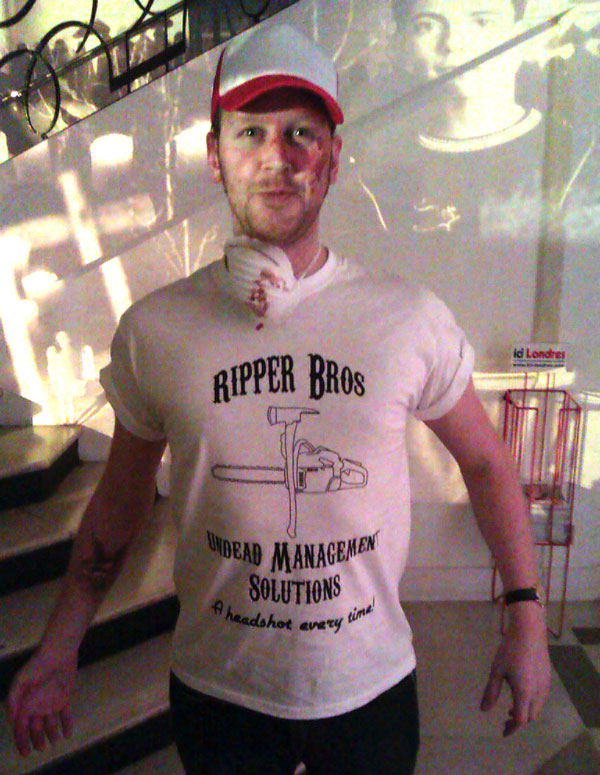 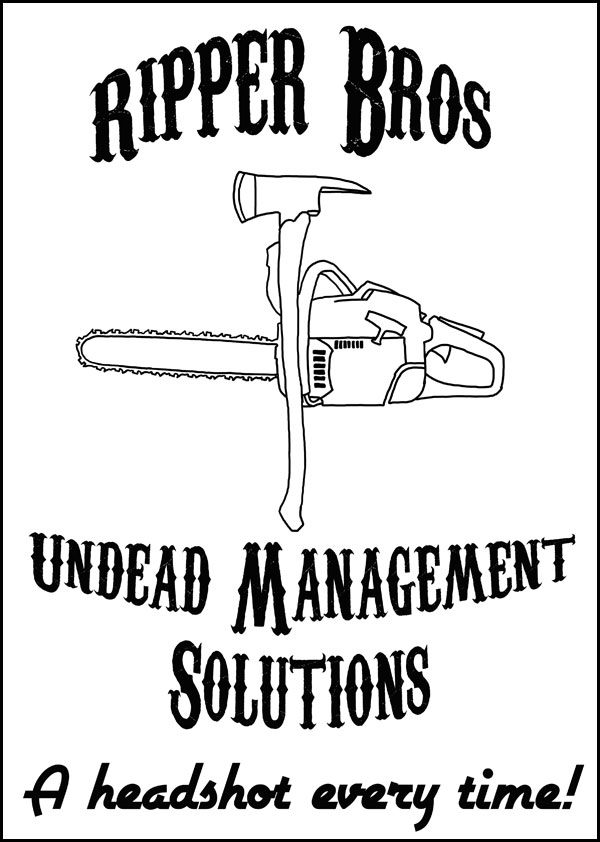 Thanks go to my mate Rik for creative consultancy and sniffing out the event in the first place.