I spent Saturday watching some of the Gold Cup at Oliver’s Mount. It’s a motorcycle road racing track on the hill overlooking Scarborough, and for a good value day out in this part of the world I can highly recommend it.

It was the first time I’d been, but even for a fellow not hopelessly obsessed by motorbikes – which put me decidedly in the minority – it was a grand experience. Lots of familiar names from the Isle of Man TT (Guy Martin notably absent after ‘spannering’ himself the other week), a full programme of races, a good ratio of food stalls, bars and toilets, and above all piles of drama. You’re ear-shatteringly close to the action – often separated from the bikes by little more than a hedge or a wooden fence – and the course is cleverly laid-out so that you can move around between different spots very easily during races.

At twenty quid in, ticket prices are pretty decent for a day’s entertainment, and the bars aren’t particularly ruinous either, even if they are decidedly old-school. I don’t think I’ve seen Woodpecker on draught since I was legally old enough to buy it.

Even a ferocious mid-afternoon hailstorm that swooped in from the North Sea couldn’t hold up proceedings, and within not much more than an hour of the track and everyone on it getting thoroughly deluged, the roads were clear of debris and water, and the engines were screaming once more. 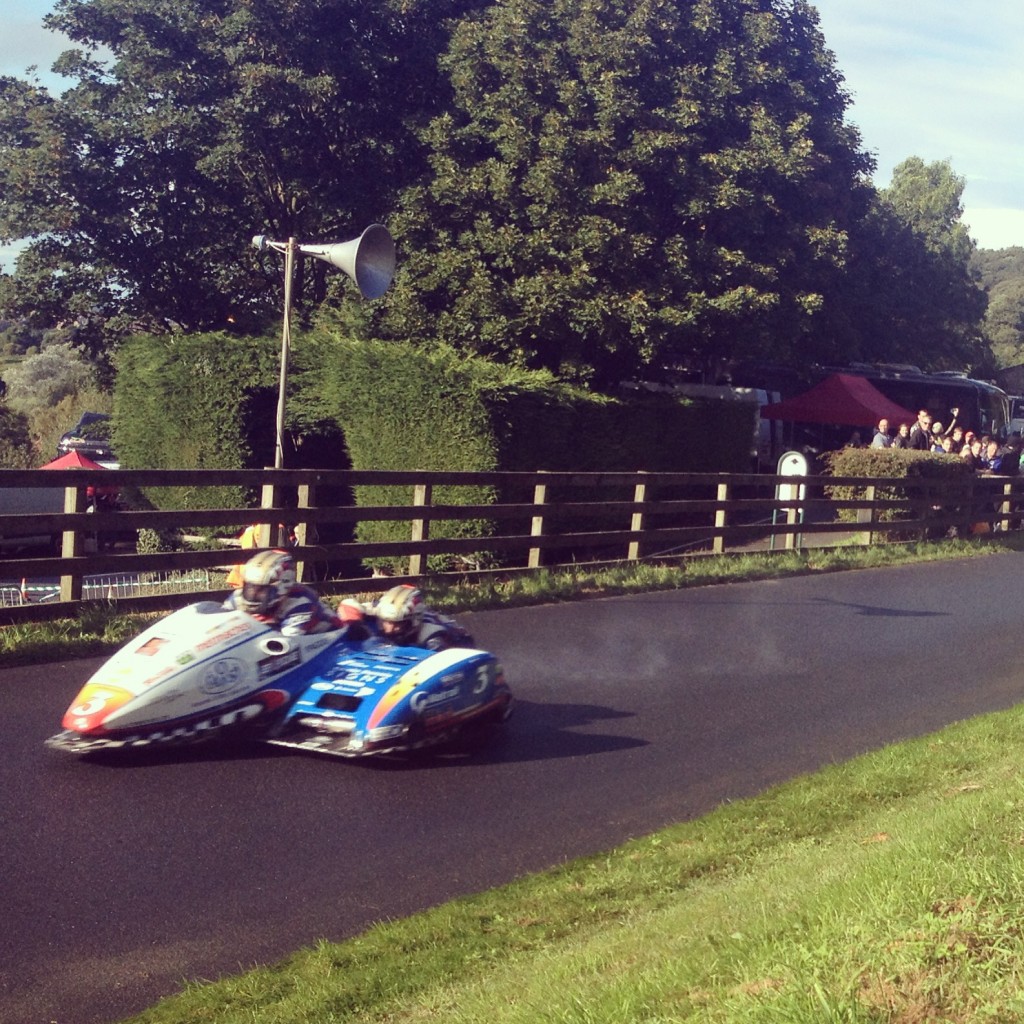