It was my manager’s birthday last week. He tried to keep it quiet, presumably hoping to avoid the routine humiliation of a load of people clustered round his desk singing Happy Birthday.

Unfortunately, he let it slip in the lift, presumably hoping that it would be too late to organise anything. Just under a week later, he was ambushed with cake and caterwauling while in a team meeting of 20 or so people.

This was the picture that I drew for the front of his card. 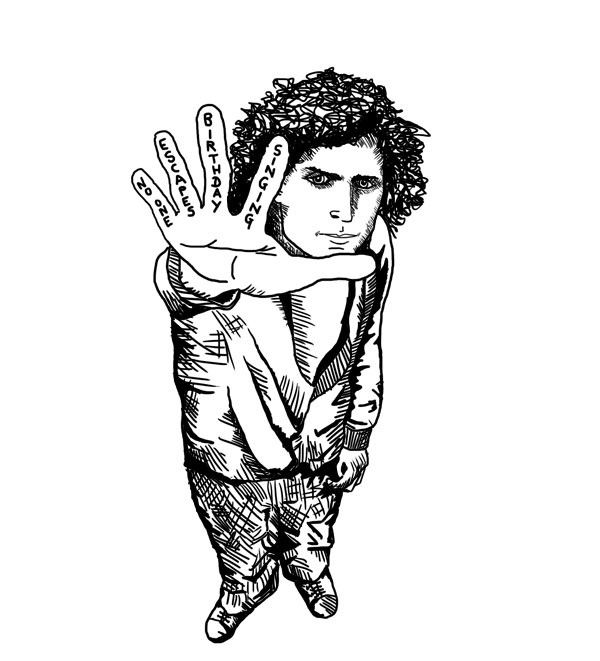