A colleague came over asking the editorial team, both of whom had been scouts, if we could help her to roll and tie a scout neckerchief. The days of the woggle are gone, and these days it is tied in something called a ‘friendship knot’.

It probably seemed a simple request, but after several attempts involving the traditional taut spin, some vigorous shaking, and a technique involving two people, four arms and one set of teeth, she ended up with something resembling an old man’s lost handkerchief found trampled in a ditch.

Turns out the best method was to find a member of Girlguiding UK, who sorted it without a problem. 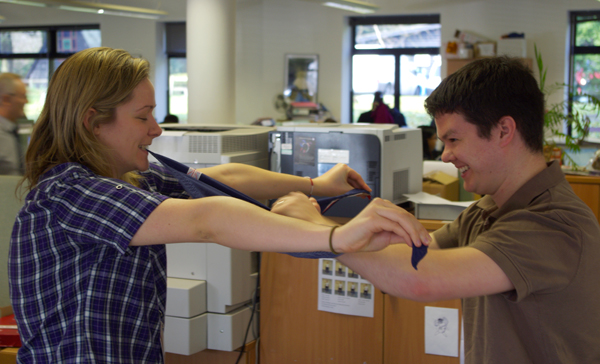