My main challenge of this month has been that abominable test of willpower known as the dry January. This is my twenty-third day off the sauce, and I can say with absolute certainty that I have not been this sober since childhood.

I suspect I might well have thrown in the towel by now, but for the fact that I made a pact with my mother, and to the best of my knowledge she has not cracked yet. The thought has of course crossed my mind that she could at this very moment be sitting with her feet up in front of the fire, a lunchtime tot of sherry in hand (she has lied to me before, notably about an exploding seagull when I was eight), but without proof I must trust in her integrity.

Sobriety has, on occasion, been wretched. Getting home from my first day back at work after Christmas, for example, a strong, freezing martini would have rinsed my day away beautifully. Similarly, while sheltering from last Friday’s snow flurries in an East London pub, my three friends nursed pints of delicious craft beer that made my perfectly pleasant lime and soda taste like wasps, and various hearty roast dinners or steaks cooked nice and bloody have not been nearly as delectable without a glass of gleaming red wine.

I could go on, but the general point is that drinks with alcohol in them are just much nicer than those without.

Generally though, a sustained lack of boozing has not been all that bad, and it does rather throw a light upon just how integral to life a glass of the good stuff has become. Notable benefits of my dry January include a marked spike in productivity and an increase in enjoyment of my weekend mornings. On the other hand, I haven’t been sleeping as well, or as long, and have had to resort to long runs when I get in from work to tire me out. Have I been a self-medicating insomniac all this time?

Most bafflingly, I seem to have lost around half a stone, which surely cannot be attributed to exercise and sensible eating alone. Fortunately I have no comprehension of calories, and have no wish to know to what extent I have been habitually supplementing my diet with my beloved ales and ciders.

Anyhow, it has been an illuminating exercise, and I can see the benefits of being a bit more circumspect about tipping back the booze. That said, there is little danger of sustained Puritanism, and 1st February will likely find me with a celebratory pint in my hand. 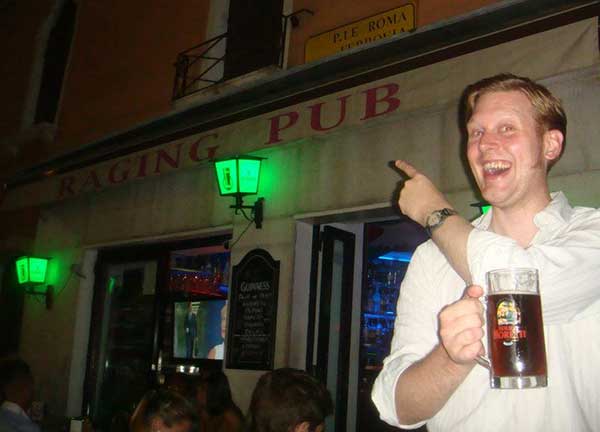