Apologies for the radio silence of late. A week away camping was preceded by a week of hectic social engagements, preceded by my most ambitious ever illustration job.

A former colleague, long-serving and much-loved, was departing my old workplace, and for her leaving present they asked me if they could commission a cartoon of the lady in question as captain of a ship, with colleagues past and present as her crew. Easy, I thought.

When the list of 20-odd people came through, I began to suspect I might have overreached myself, but anyway, after several days of panicky sketching and a great deal learned about cartoon portraiture, I managed to get it finished. Apparently it went down pretty well, which was a relief.

Here it is in a low-res version (you can click to enlarge a bit). 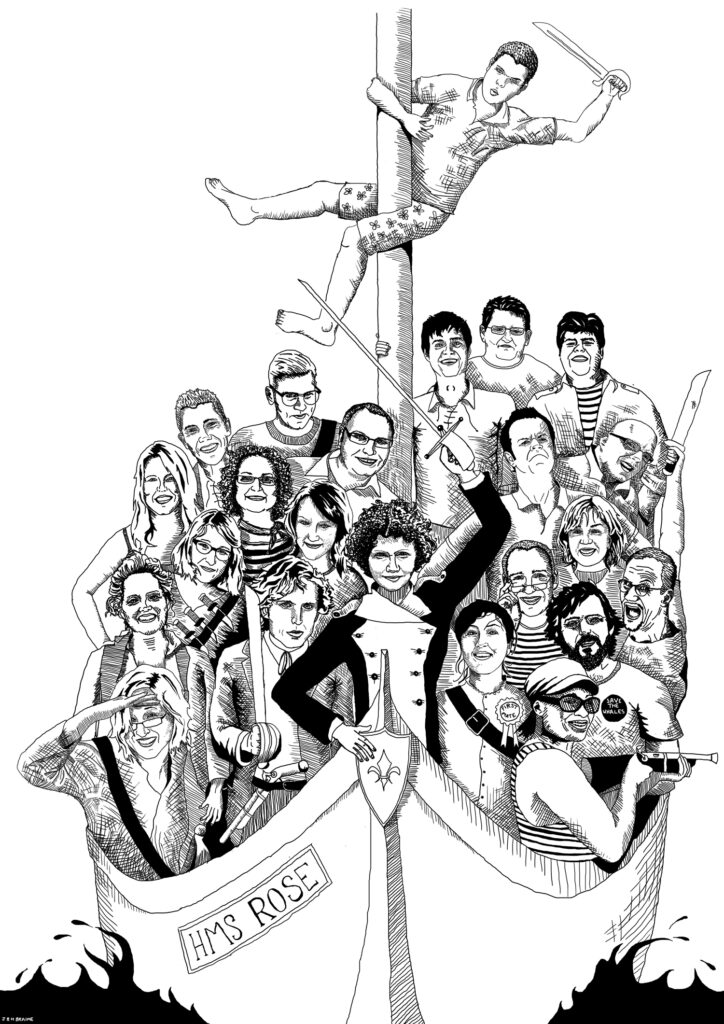