Apologies for my extended radio silence. The past month, for some reason, has been one of the busiest of my freelance career, with some fairly exciting jobs falling into my lap. Once again I have discovered that hard work is no substitute for good luck, but that each can sometimes beget the other.

The downside of this is that there has been precious little time for my usual diversions. This blog has been sadly neglected; my ropey novel, languishing round 50,000 words, has lain untouched, and my walking boots have been regrettably underused over the the sunny days that have begun to show their noses now and then.

One hobby, however, has continued unabated, and having filled the coal shed with home-manufactured rotgut, I am now expanding into the log store. I can report a slightly disappointing batch of pale ale (it’s fine, just a smidge insipid, which will teach me to follow a recipe to the letter), and the exciting discovery that Sainsbury’s Basics apple juice ferments out to a dangerously drinkable 6.2% cider, albeit one that would benefit from some refinements and additions. The success or otherwise of my dabbling in hedge wine and metheglin remains to be seen.

I find this layman’s chemistry enormously interesting. The happy relationships of starches, sugars, enzymes, yeasts, tannins, acids and other chemicals that turn water into wine (or seemingly limitless variations thereof) make me feel somewhere between an ignorant gentleman alchemist of several hundred years ago and a witch doctor, and occasionally there is a joy in knowing that an experiment is bad news before you even begin it.

Yesterday I racked an almost-finished batch of cider onto the sugary, booze-soaked sloes left over from last October’s batch of sloe gin, and within a few hours the previously tranquil brew had begun to fizz gently again as the hungry yeast percolating invisibly in the demijohn discovered a new source of food. ‘Slider’ such as this has a monstrous reputation, but there is that very human impulse which makes us want to see the monster for ourselves, rather than taking someone else’s word for it. 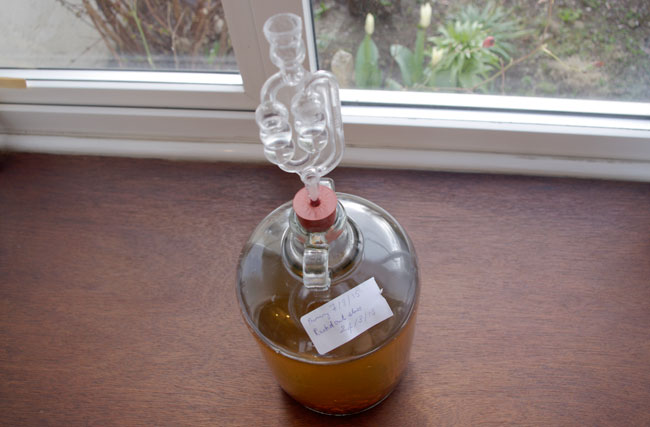 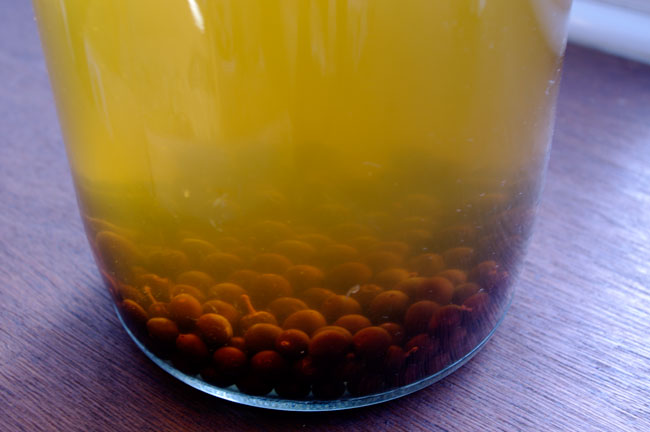