On Saturday morning I woke up feeling like someone had injected battery acid through my eye sockets and given my internal organs a hammering with some form of sports equipment: a sure sign that the previous night I had enjoyed an Irish wedding.

The hitching itself was near Letterkenny, a town in Donegal not too far from the border, and contained all the joy and mayhem that the bride’s travelling Yorkshire contingent could have hoped for. On the Saturday we shook off our hangovers as best we could and drove for an hour and a half across moors, mountains and epic big sky country to a barbecue in the groom’s home village by the coast. It was my first time in Ireland, and despite the country’s four-seasons-in-one-day reputation, we mostly saw its glorious landscapes bathed in sunshine.

During the afternoon, in the few hours before we were obliged to man up and get back on the booze again, the bride and groom quickly got back into their wedding finery and five of us headed down to one of the wide, smooth beaches of which the area has far more than its fair share. My mate Rich got a few informal photos of the happy couple, and the other two of us went for a cleansing dip in the sea. This picture, combining the party’s dual goals, is pleasingly incongruous, sort of like they might have hired in some budget strippers. 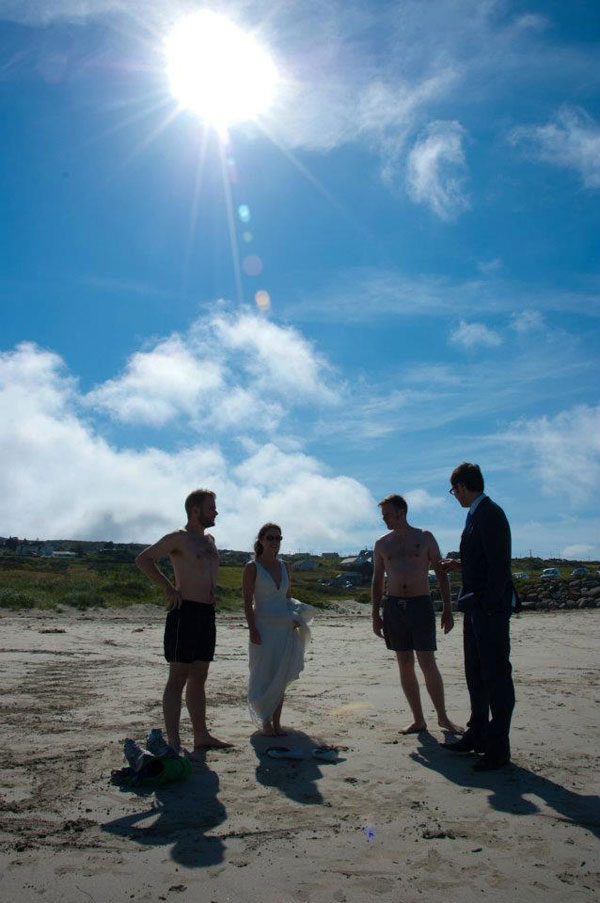